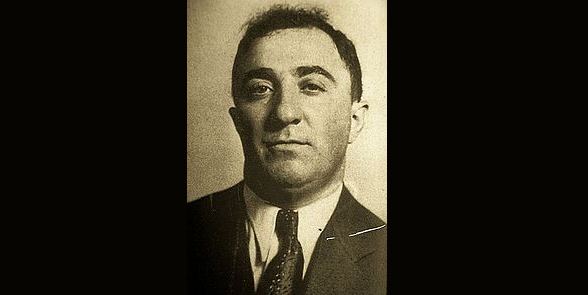 Louis Campagna was born in Brooklyn in 1900, little is known about his early life however his first spot of criminal lifestyle was when he was just a teenager, when he joined the infamous New York Five Point’s Gang of Manhattan.

Al Capone, who later brought Campagna to Chicago was also a one time member of the same gang.

In 1919, New York mobster Al Capone had moved to Chicago to help out Johnny Torrio, the boss of the South Side Gang. That same year Campagna was arrested and convicted of robbing a Chicago bank and was sent to Pontiac Reformatory in Illinois. In 1924, he was paroled, however he violated his parole and was sent back to prison just six months later, his final release came in November 1924 and he returned to New York.

Capone summoned Campagna to Chicago to become his bodyguard during the long bloody war against the North Side Gang, Campagna indeed proved himself to be a reliable gunman, he slept on a cot outside Capone’s suite within the Lexington Hotel so that he was on call to protect his boss, however Campagna was reckless and unpredictable. In November 1927 Campagna even attempted to besiege a Chicago police station.

Joe Aiello, an ally of the North Side Gang unsuccessfully attempted to bribe a hotel chef to poison Al Capone, Capone placed a $50,000 bounty on Aiello in retaliation, and when Campagna found out that Aiello was in jail on a murder conspiracy charge, he and other Chicago Outfit gunmen went down to the station. The police however noticed a handgun on Campagna and he was immediately arrested.

Luckily for Campagna, the police had placed him in a cell next to Aiello’s, and an undercover police officer nearby overheard Campagna say to Aiello:

“You’re dead, dear friend, you’re dead. You won’t get to the end of the street still walking.”

“Can’t we settle this? Give me fourteen days and I’ll sell my stores, my house and everything and quit Chicago for good. Can’t we settle it? Think of my wife and my baby.”

“You dirty rat! You’ve broke faith with us twice now. You started this, we’ll finish it.”

The death of Aiello came on October 23rd 1930, he was shot to death whilst leaving a Chicago apartment, the coroner reported removing 59 bullets weighing over a pound from his body, even though threats were made to Aiello and he was a wanted man, no one was charged with his murder. 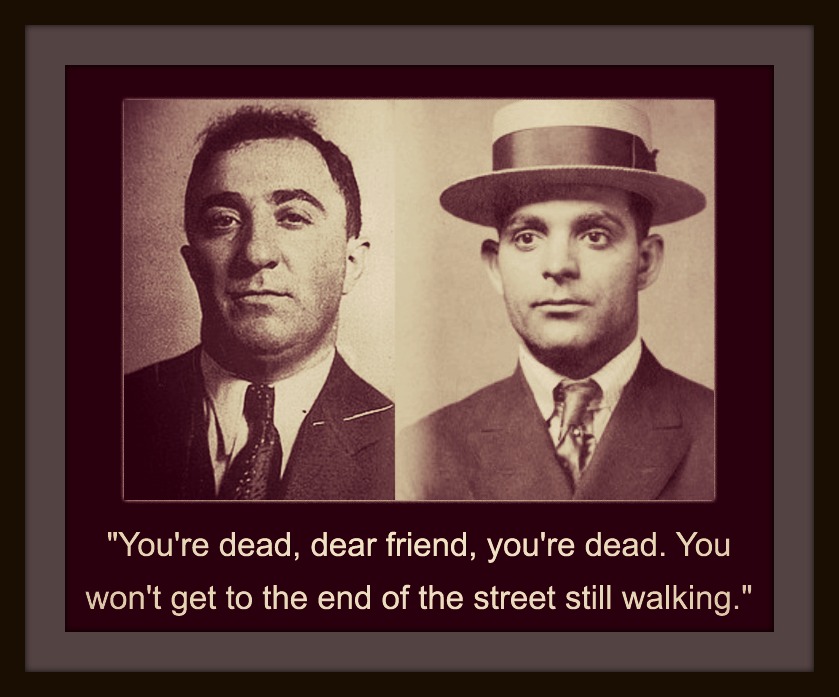 In 1931, Capone was convicted for Tax evasion, and Campagna rose in the ranks under Outfit boss Paul ‘The Waiter’ Ricca.

In 1943, Campagna and his associates stole about $900,000 from the treasury of the Retail Clerks International Protective Association, and the money was never recovered.

During the 1940s, Campagna’s front man with the union, Willie Morris Bioff, was arrested on charge and sent word back to Campagna that he wanted to leave the Outfit, Campagna decided to visit Bioff in prison and gave him the following ultimatum:

“Anybody who resigns, resigns feet first”

Bioff was petrified and decided to become a government witness.

On March 18, 1943, Campagna and other Outfit mobsters were indicted on charges of extorting the Hollywood movie industry, the following week he was sentenced to ten years in Atlanta Penitentiary, and whilst he was there he turned to his cousin Albert Campagna for help, Albert however wanted nothing to with Louis for fear that his children would become targets to enemies of Louis’s.

Campagna’s wife successfully had him moved closer to Chicago at the Leavenworth Penitentiary in Kansas, and a group of his associates collected over $190,000 to pay his tax debt to the government.

After 42 months in prison, on August 1947 Campagna was released on parole, reportedly Tony Accardo the Outfit boss had bribed a district attorney to facilitate Campagna’s rather quick release, this created a fire-storm of protest within the city of Chicago and the U.S Department of Justice went to court to revoke the parole, however they were unsuccessful, Campagna went back to Chicago and worked under acting boss Sam Giancana.

Campagna was summoned to testify before the U.S Senate in the early 1950’s on organized crime, however apart from him revealing his income from the Cicero gambling operations, his testimony was useless.

In his final years, Campagna divided his time between his two farms, one in Fowler, Indiana and the other in Berrien Springs, Michigan, as well as his house in Berwyn, Illinois.

On May 30th 1955, Campagna was in Florida on a fishing trip aboard a yacht owned by his attorney, Campagna had just reeled in a 30 pound grouper when he collapsed, one of the other passengers radioed the Coast Guard and a helicopter was dispatched. Campagna was lifted to Mercy Hospital in Miami where he was pronounced dead of a heart attack at the age of 54.

He was laid to rest at Mount Carmel Cemetery where his former boss Capone had been buried eight years earlier. Campagna’s close partner in crime, Paul Ricca, who had not been able to attend the wake, was in the funeral procession of 75 auto mobiles.

20 Mobsters With The Weirdest Mob Nicknames