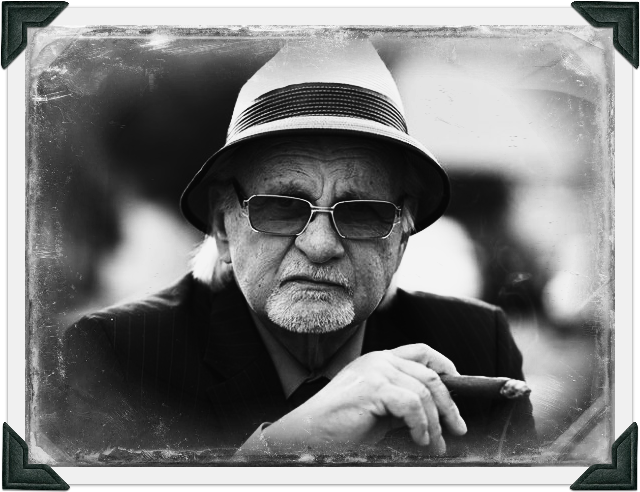 Frank Cullotta was born on December 14, 1938 in Chicago, Illinois. He entered Steinmetz High School in 1953. He began his decades-long criminal career as a teenager, graduating from petty theft to burglary, armed robbery, arson and murder.

He had an argument with another boy over a dispute over who could sell newspapers on a certain street, the boy’s name was Anthony Spilotro. The two then became friends and criminal allies when they found out their fathers worked together. Spilotro went on to become a made man and feared enforcer of the Chicago Outfit.

On October 10, 1979, Cullotta murdered Sherwin “Jerry” Lisner, for providing information to the police regarding crimes that Lisner, Tony Spilotro and he had committed.

Cullotta asked Spilotro to ask his superiors for permission to commit the murder. Cullotta enlisted the help of his friend Wayne Matecki from Chicago, who flew over to assist Cullotta with Lisner’s murder. He called Lisner and told him that he had to talk to him alone, and Lisner invited him to come over to his house. Cullotta went inside while Matecki waited in the car. Cullotta began talking to Lisner inside the house, he insinuated he heard a noise allowing Lisner to move. Cullotta then shot Lisner in the back of the head twice with a .22 caliber handgun. A chase then ensued through the house. Cullotta attempted to strangle Lisner with the cable of a water cooler, but the cable eventually snapped. By this time Matecki had come inside most likely to investigate what was taking so long. Matecki held a pillow from the couch over Lisner’s head, Cullotta reloaded the gun and then emptied the handgun into Lisner’s head. They then proceeded to dump his body in the pool in the backyard. Both Matecki and Cullotta then cleaned the house, and searched for documents with Cullotta and Spilotro’s names on, as well as security cameras and recorders, of which they found none.

Also in 1979, Anthony Spilotro started a gang operated within a Jewellery store that Spilotro owned, the crew had many members, notably Michael Spilotro, Anthony’s brother, Cullotta, Matecki and Laurence Neumann, the crew quickly gained the name ‘The Hole In The Wall’ Gang due to the fact they would drill through exterior walls or ceilings in buildings to gain access.

In 1981 following a botched burglary at Bertha’s Household Products, Spilotro, Cullotta, Matecki and several other members of the Hole in the Wall Gang were arrested and each charged with burglary, conspiracy to commit burglary, attempted grand larceny and possession of burglary tools.

Cullotta then became a government witness and admitted to the FBI that he had arranged the murders of James Miraglia and Billy McCarthy, known as the “M & M Murders,” on behalf of Tony Spilotro, he also admitted to the 1979 murder of Jerry Lisner.

Already Cullotta and Spilotro’s friendship was on bad terms, the fact he was now ‘grassing’ made things worse, in one circumstance during an argument, Spilotro pulled a gun on Cullotta and attempted to shot him, luckily for Cullotta the gun jammed, the authorities were aware of the feud between Spilotro knew about Cullotta confessions so when Spilotro ordered Neumann to pay to get Cullotta and Matecki out on bail, and then kill them both, however aware of the situation the police revoked the bail.

In September 1983 Spilotro was indicted on murder and racketeering charges, with Cullotta being the key witness. Spilotro was however acquitted of the charges, as the judge did not believe Cullotta’s testimony, this judge was in 1992 convicted for taking bribes. Neumann was given life imprisonment for conspiracy to commit murder.

In November 1983 stolen property was discovered at Cullotta’s home and he was sentenced to eight years imprisonment.

Cullotta is now an accomplished author and has written several books such as ‘Cullotta’ and ‘The Life of a Chicago Criminal’.

In 2009 the book ‘Cullotta’ helped name Larry Neumann as the murderer in a 27 year old double homicide that went cold. That led to one of the victim’s sons publishing a book about Frank Cullotta’s help in naming the murderer called Murder In McHenry.

In 2012 he was inducted into the Mob Museum in Las Vegas.

The Mafia Quiz of the Year (100 Questions)