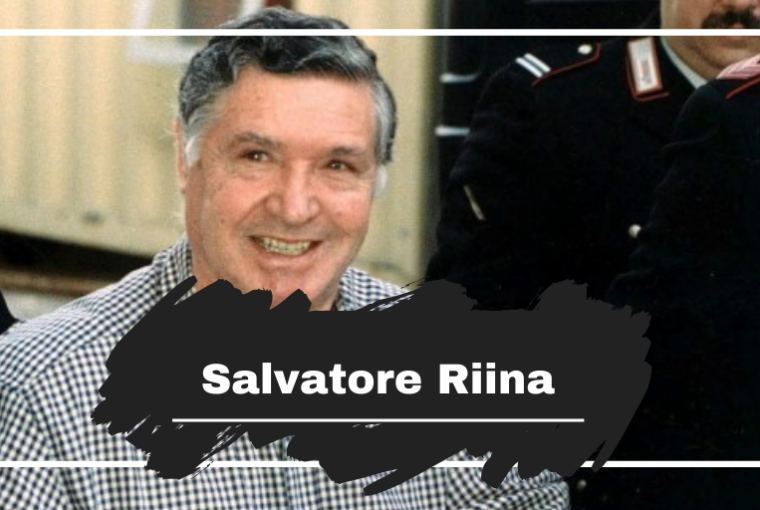 The perplexing Salvatore Riina was born 16th November 1930 in the Poverty stricken Corleone, he joined the local Mafia clan at nineteen and a year later got his first taste of prison life, when he was arrested for killing a man within an argument, he served six years.

The head of the Mafia Family in Corleone was Michele Navarra until 1958, when he was shot to death on the orders of Luciano Leggio, a ruthless 33-year-old Mafioso, who subsequently became the new boss. Together with Riina and Bernardo Provenzano, Leggio began to increase the power of the Corleonesi. Because they hailed from a relatively small town, the Corleonesi were not a major factor in the Sicilian Mafia in the 1950s.

In the early 1960s, Leggio, Riina and Provenzano, who had spent the last few years hunting down and killing dozens of Navarra’s surviving supporters, were forced to go into hiding due to arrest warrants. Riina and Leggio were arrested and tried in 1969 for murders carried out earlier that decade. They were acquitted due to intimidation of the jurors and witnesses. Riina went into hiding later that year after he was indicted on a further murder charge and was to remain a fugitive for the next twenty-three years.

In 1974 Luciano Leggio was arrested and imprisoned for the murder of Michele Navarra sixteen years earlier. Although Leggio retained some influence from behind bars, Riina was now the effective head of the Corleonesi.

Interview of Luciano Leggio in 1989

Where as his predecessors had kept a low profile that caused some in law enforcement to question the very existence of the Mafia, Riina ordered the murders of judges, policemen, and prosecutors in an attempt to terrify the authorities. A law to create a new offence of Mafia conspiracy, and confiscate Mafia assets was introduced by Pio La Torre but it had been stalled in parliament for two years, La Torre was murdered April 30, 1982, Pio La Torre’s law was passed 10 days later. Using the new laws investigating magistrates, Giovanni Falcone and his colleague Paolo Borsellino were able to secure convictions against Riina and 360 Mafiosi at the Maxi Trial. This was a blow to Riina as, although he was already a fugitive, he aspired to someday enjoy his vast wealth living openly as a free man. Falcone and Borsellino would now be under the constant threat of death for being prosecutors for the Mafia.

On 23 May 1992, Falcone, his wife and three police officers died in the blast of a huge improvised explosive device on a highway outside of Palermo. 57 days later Borsellino was killed along with five police officers in the entrance to his mother’s apartment block by a car bomb. Both attacks were ordered by Riina.

Riina’s arrested was however somewhat dampened due to the fact that it was revealed that in his fugitive years he had been living at home in Palermo all along. He had obtained medical attention for his diabetes and registered all four of his children under their real names at the local hospital. He even went to Venice on honeymoon and was still unspotted.

Although he already had two life-sentences, Riina was nonetheless tried and convicted of over a hundred counts of murder, including sanctioning the slayings of Falcone and Borsellino.

Riina is currently held in a maximum-security prison with limited contact with the outside world in order to prevent him from running his organization from behind bars, as many other notable Mafia bosses have done. Over $125,000,000 in assets were confiscated from Riina his mansion was also acquired before being turned into a school for local children.

Although Riica was a dedicated husband and father, his wife Ninetta’s family opposed to the marriage, Riica then made the comment

“I don’t want any woman other than my Ninetta, and if they don’t let me marry her, I’ll have to kill some people.”

…of course, all opposition from Ninetta’s family was soon dropped.

“His philosophy was that if someone’s finger hurt, it was better to cut off his whole arm just to make sure”

Vote For Our Next Mobster Video