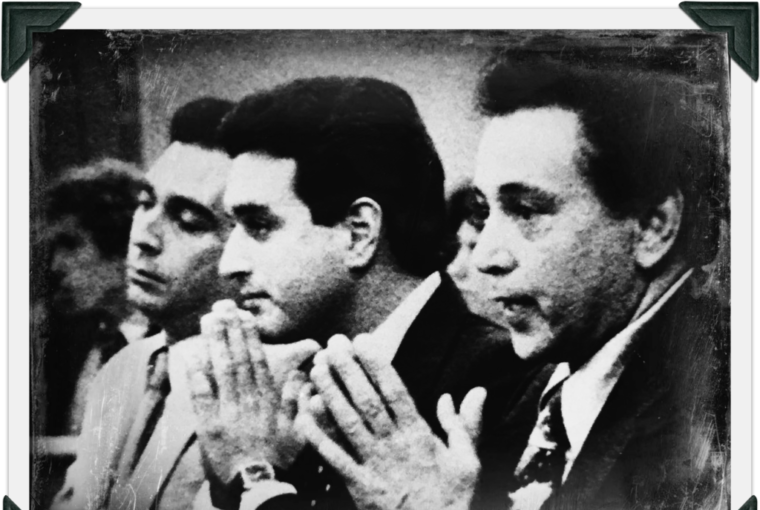 Scarfo had his first major run-in with the law in 1963. During a fight at a Philadelphia restaurant, he reportedly stabbed a man to death. He and his associates fled the scene, but Scarfo later pled guilty to manslaughter. In 1964 Scarfo was released after serving less than a year in prison.

After his release, Scarfo was sent to Atlantic City, New Jersey, to handle some criminal enterprises there for the Bruno crime family. He struggled financially, running a small-time bookmaking and loansharking operation.

In 1971, Scarfo was required to testify before the New Jersey State Commission of Investigation. He appeared before the commission, but refused to answer any questions. Scarfo was then sentenced to a year in jail for contempt. He went to the Yardville Correctional Center, where he served his time with Angelo Bruno, the head of the Bruno crime family.

A chance in Scarfo’s fortunes came in 1976 when New Jersey brought the decision to legalize casino gambling, he brought his nephew Philip “Crazy Phil” Leonetti, into the business, setting him up in a cement contracting company named Scarf, Inc. Scarfo would not be one to take insults lightly, so when Vincent Falcone made disparaging remarks about Scarfo, Scarfo had him killed, this occurred on December 16, 1979. Scarfo, Leonetti and Larry Merlino met with Falcone, Leonetti shot Falcone in the back of the head. Scarfo, Leonetti and Merlino were arrested, however despite testimonies from eyewitness Joseph Salerno Jr, the trio were found not guilty in 1980.

During the Falcone investigation, a gun was found at Scarfo’s home and he was convicted on a weapons charge and served a two-year prison sentence in Texas.

During Scarfo’s incarceration the Philadelphia mob went through a power struggle. Angelo Bruno was shot to death in 1980. Then his under boss, Philip “Chicken Man” Testa, was tapped to lead the organization, but he only lasted a year due to the fact he was killed by a bomb planted under the front porch of his Philadelphia home.

Scarfo took control of the Philadelphia mob from his cell shortly after Testa’s death, he did not let being incarcerated slow him down. He started off with ordering several members of the Riccobene family to be taken out.

Scarfo was released in 1984, and he continued his violent management style, he called for the murder of former friend and mob associate Salvatore Testa, whom he saw as a rival. The son of Philip “Chicken Man” Testa, Salvatore was shot to death that September 1984.

Scarfo enjoyed his fame and notoriety as head of the criminal enterprise, his organization brought in an estimated $5 million to $7 million between 1982 and 1986, however in 1987 his empire began to unravel and he was to experience his downfall, he was arrested on January 8th 1987 on conspiracy and extortion charges.

A long-time mob associate Nicholas “Nicky Crow” Caramundi became an FBI informant after learning his life was in danger. Caramundi testified against the Philadelphia mob in several high-profile cases, including several involving Scarfo, Scarfo was sentenced to 14 years in prison.

Already in prison from his earlier extortion conviction, Scarfo received his stiffest punishment from the trial for the murder of fellow mobster Frank “Frankie Flowers” D’Alfonso. Scarfo and seven other defendants were convicted of first-degree murder in April of 1989 and given life sentences.

‘Little Nicky’ died at the age of 87 on 13th January 2017 in North Carolina, at the Federal Medical Center. Scarfo’s long-time Lawyer Norris E. Gelman said that he believed the cause of death to have been Cancer, but was unaware of which type.