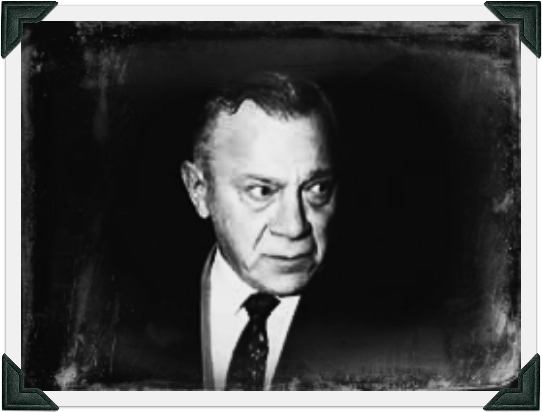 Aniello “Mr. Neil” Dellacroce was born March 15th 1914 in New York City, being 5’10 and broad shouldered, Dellacroce was often seen with organized crime figures such as the likes of Carlo Gambino, Tommy Lucchese and Albert Anastasia.

His stare was menacing, NYPD detective Ralph Salerno once told the media

“You looked at Dellacroce’s eyes and you could see how frightening they were, the frigid glare of a killer.”

In the 1930s, Dellacroce joined the Mangano crime family and soon became an apprentice to underboss Albert Anastasia. Anastasia eventually stepped up and became the family boss after the disappearance and presumed murder of Vincent Mangano.

On October 25, 1957 Anastasia was murdered, and Carlo Gambino became the new boss, he was however a suspect in plotting Anastasia’s murder alongside the Lucchese Family, and Dellacroce himself was a strong Anastasia supporter. However, he was also an old-school mobster who believed in loyalty to the family and its boss, and chose to pledge loyalty to Gambino.

In 1965, Gambino replaced his under boss Joseph Biondo with Dellacroce.

It was widely presumed that Dellacroce was to replace Gambino if anything should happen to him. However, on his deathbed in 1976, Gambino announced to the family that his cousin and brother-in-law, Paul Castellano would become the new boss of the family. A decision that would split the family in two.

Dellacroce and many of his supporters were angered with Gambino’s choice; although Castellano had been a major earner for the family for many years, Dellacroce and others saw him as a businessman rather than a gangster.

To appease Dellacroce, Gambino persuaded Castellano to agree to keep Dellacroce as under boss. In addition, Gambino gave Dellacroce control of the traditional criminal activities, such as robbery, hijacking and extortion, in Manhattan.

Castellano soon banned drug dealing in the family, and it was this ban that created frustration within the family, especially with younger members such as John Gotti. However, due to his adherence, Dellacroce refused to even consider a move against Castellano, and due the fact that Gotti in particular idolized Dellacroce, nothing was ever done.

In 1985, Dellacroce was accused along with the leaders of the other New York Cosa Nostra families as part of the Mafia Commission investigation, then on March 28 Dellacroce was also indicted on federal racketeering charges over the previous 18 years. However, by this time Dellacroce was very sick and would not live to attend either trial.

On December 2, 1985, Aniello “Neil” Dellacroce died of brain cancer at Mary Immaculate Hospital in Queens, he was buried in St. John’s Cemetery in Queens, and he was 71 at the time of his death.

After his death his supporters including John Gotti no longer felt restrained in making a move on Castellano, fuelled even more so by the fact that Castellano refused to visit a dying Dellacroce in hospital, or even attend his funeral.

Just two weeks after Dellacroce’s death, Castellano was assassinated, and Gotti took over as boss of the Gambino family.