After a sixth grade fistfight Phil would finally come to learn who his grandfather actually was, the final denial of what had slowly become a shadowy truth, he would learn that his grandfather was Don Vito Genovese, the namesake and Boss of the Genovese Crime Family, a hard and feared man. 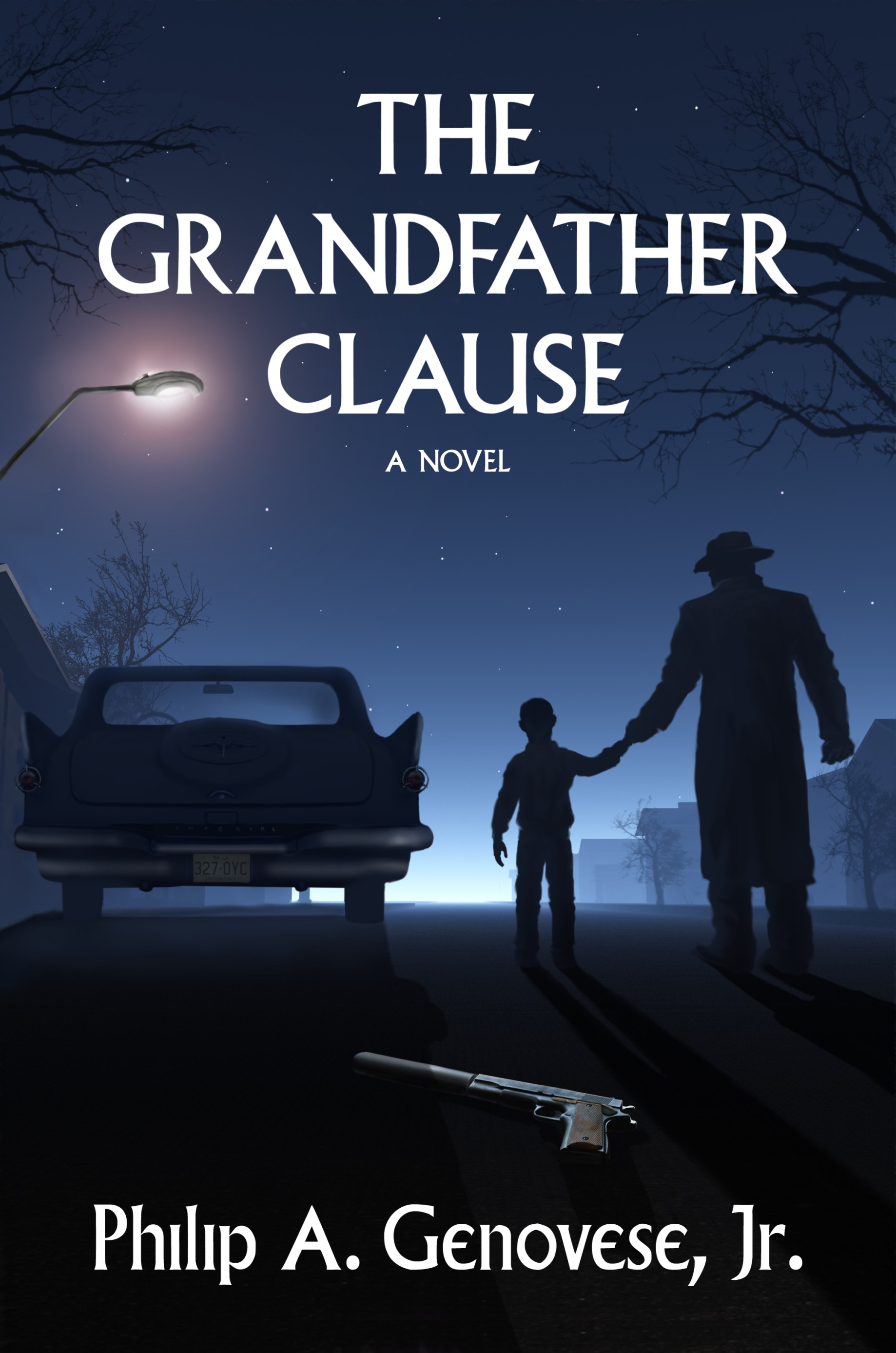 We are pleased to welcome Phil today, as he joins us in this interview with the NCS. So let’s find out a little more from the writer and musician.

The NCS: I guess the first question we wanted to start off with Phil, and what our readers are going to be interested in knowing, is just what kind of effect on your life has it had so far being the grandson to one of the biggest mobsters of the 20th century, if any?

Phil Genovese: In the overall, very little. There have been moments of impact… most of them negative and most of those benign. For example, when I was a young boy and my grandfather was still alive, some kids weren’t allowed to come to our house or play with me. But I never knew this until my mother told me years later. There have been a couple more invasive events but generally, it’s a curiosity and most people find it “interesting”. However, I have used him to draw attention to my novel, so perhaps we’re equal now.

The NCS: We recently caught up with Craig Rivela who played Vito in The Making of The Mob: New York and he explained that Vito had a stone cold stare that would put the fear into anyone. What was Vito like around family; did he keep the mob a secret from everyone or just a selected few?

Phil Genovese: In the opening prologue of my novel, Don Carmine Napolo visits his son’s house every Sunday and makes the meat sauce with his grandson at his side. I remember Sundays, either at our house or his, him making the meat sauce. I was only about 8 years old the last time I saw him. So, he was just Pop Pop Vito to me. But this was the late 50’s and by that time he was in the public eye. The secret was kept from us, my younger brothers and me, but you had only to read the papers to know who he was purported to be.

The NCS: Finally our last question on your Grandfather, what one memory from your childhood most sticks out about him?

Phil Genovese: I remember going to his house on Sunday afternoons for dinner. He would be wearing a satin robe over a white shirt and dress pants. I thought it strange that he appeared to have only been out of bed a short time. It may have been my imagination but this stuck with me. There was also a palpable undercurrent that swirled whenever he was quietly discussed by my parents or when we were around him.

The NCS: The Grandfather Clause is your first novel, and it’s fair to say it’s done remarkably well, winning a number of awards, receiving some honourable mentions, and scoring 5 out of 5 on Amazon. The 11 years in the making certainly has its rewards, but what were your toughest challenges in writing the book?

Phil Genovese: Time and quality. I have a demanding career that pays the mortgage and sends my kids to college, so I write on the weekends. Of course, with a growing family, every weekend is not available. Then, when you do have time to sit down and write, you hope that it’s not one of those days when your fingers feel like led elephants on the keyboard… Just because it’s Saturday night, you don’t always feel like dancing. So, time is the toughest challenge. A close second is the pursuit of quality – good writing, great characters, and a fresh story. I was very conscious that I was exploiting my family’s name to try to break through the hundreds of thousands of books published every year. With that in mind, I was committed to doing the very best I could muster. 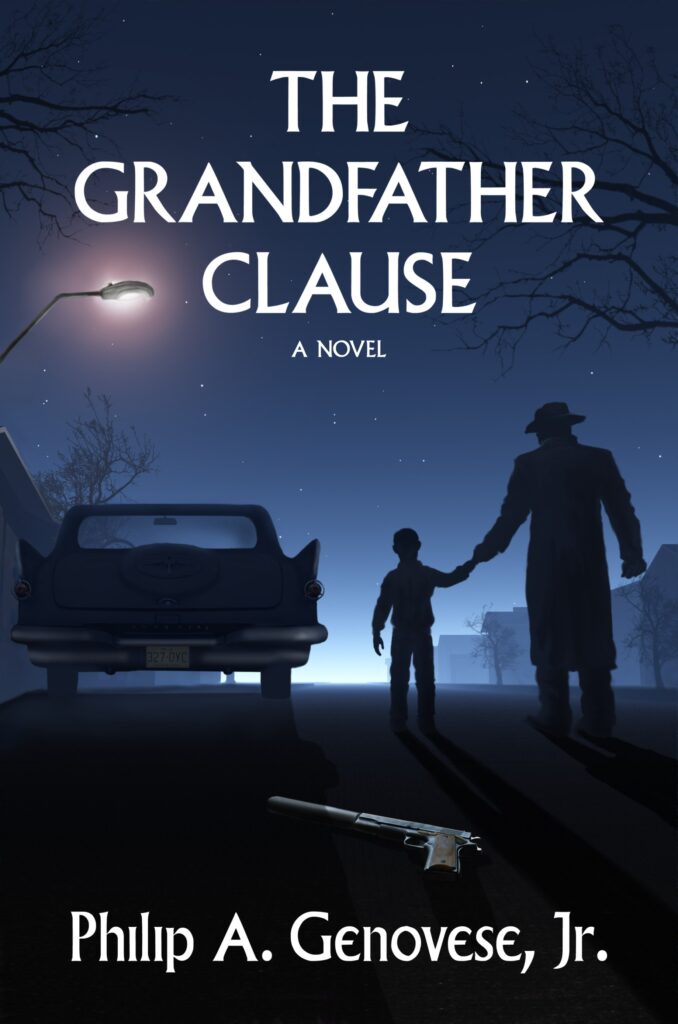 The NCS: The history of the mob has seen hundreds of characters come and go, but if you had the chance to sit down with one or two and ask them questions, who would it be?

Phil Genovese: That’s easy – my grandfather. I have many questions.

The NCS: One question we do like to ask, is if you could go back and live during any period in the 20th century, which decade would you chose and why?

Phil Genovese: I grew up in the 60’s and 70’s, which was an incredible and transformative period in our history. I feel blessed to have grown up through those decades. I suppose the 20’s would have been a great decade if you were of means and able to enjoy the spectacle. Prohibition and speakeasies, the rise of the automobile and the fall of Victorian mores, flappers, pin-striped suits, fine fedoras, prosperity, and the world temporarily at peace. I’m sure my grandfather and his cronies, all in their 20’s or early 30’s, had a great time.

The NCS: There are a lot of writers out there trying to make a name for themselves, so if you could offer one piece of advice to them, what would it be?

Phil Genovese: Read Stephen King’s, “On Writing”. Then write, write, and write, realizing that finishing your book is half the work. Publishing and then promoting your work is the second half of the job. The challenge is to keep writing while you’re supporting yourself and doing all the things it takes to get readers to your pages. In fact, I should be writing right now!

Phil Genovese: When I look at my children, who are all over 21 now, I see beautiful young adults that are wise, strong, and of character beyond my own. They are also much better looking than me. Marrying their mother made all that possible. In the distance, there’s a pack of “also-rans”. Therein you’d find my book and my moments of kindness to others. A fun “achievement” was my brief time as a young rock ‘n’ roll impresario in the mid-70’s. A dozen times or so, I stood on a darkened stage in the spotlight and announced, “Ladies and gentlemen, please welcome Bruce Springsteen and E Street Band!” The stage exploded in light and sound as I ran off the stage. Very fond memories.

The NCS: We also noticed that you are currently holding a contest where a lucky winner can be a character in your next book, can you tell us more on the book or is under wraps at the moment?

Phil Genovese: It’s titled “The Termination Clause”. Some characters from “The Grandfather Clause” carry over but it’s not a sequel in the true sense. Once again, we have a reluctant hero forced to engage with dangerous people from both sides of the fence involved in self-serving ventures with deadly consequences for the least capable. Due to the “Time” dynamic we discussed above, it’s still a ways off, so to tell you more would be premature. I will tell you I’m working hard to make it a worthy second effort.

Be a Character in Phil’s Next Book

Enter to be in with a chance of winning

The NCS: Is there anything else that that you have in the pipeline for the future that you can share with the NCS readers?

Phil Genovese: I am also working on a script, which I may novelize. It’s a historical fiction piece that will involve my grandfather.

The NCS: Phil, thanks once again for taking the time to speak with us and good luck with your future projects.

Phil Genovese: Thank you very much for allowing me this opportunity to meet with your readers.

You can also keep up with him over on his website: http://www.PhilGenovese.com