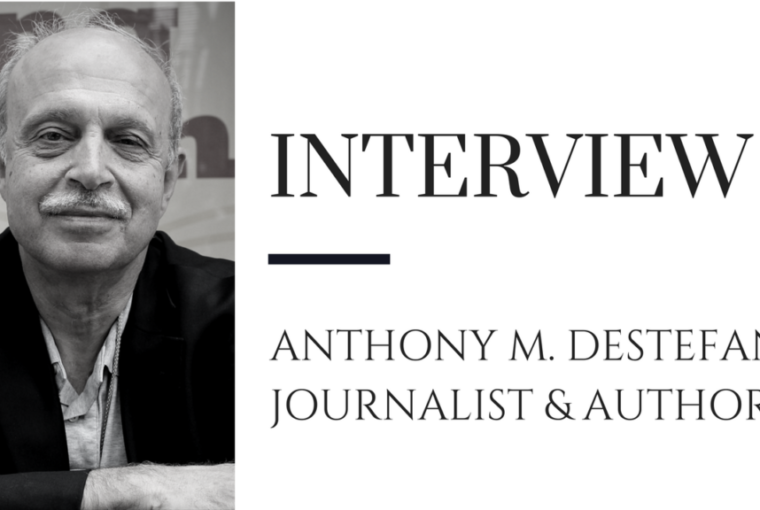 Joining us today is the Pulitzer Prize-winning reporter and author, Anthony DeStefano, who has covered organized crime for over three decades seeing many characters come and go in that time.

As well as a renowned author in his field, Anthony has also spent 20 years of his life as criminal justice and legal affairs reporter, for Newsday who are based in the heart of the Big Apple.

With his experience and knowledge he has been able to put together some fascinating books on the mob, which we have listed at the bottom of the interview, but perhaps the most exciting news is the release of his latest book, Gangland New York: The Places And Faces of Mob History

Anthony’s new book was launched on July 1st, and is now available to purchase 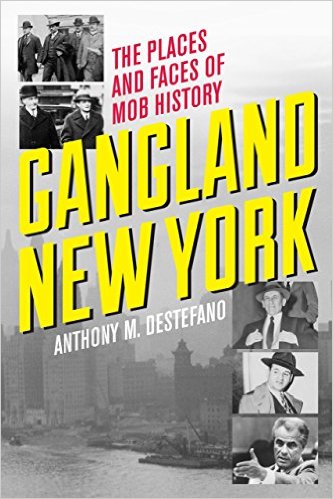 Firstly, thank you for taking part in this interview Anthony, it’s a great pleasure to learn more about the author behind these publications.

The NCS: So where did it all start for you then Anthony, what was the first event that caught your attention and interest regarding the Mafia?

Anthony DeStefano: I was working as a cub reporter for Fairchild News Service at the time, which was part of the company which published Womens Wear Daily newspaper. One of the editors there came up with the idea of doing a project on the Mafia in the garment industry and myself and two colleagues, Tom Moran and Allen Richardson, got the assignment. Prior to that, I had scant interest in or knowledge of the Mafia, although I remember reading about the big meeting in upstate New York where all of the mob bosses were raided by the state police.

The NCS: Had you always intended on becoming an author of organized crime books or was this something that happened overnight?

Anthony DeStefano: As a journalist, I had vague thoughts about being an author and writing books off of news events. But my early ideas never went anywhere until an editor contacted me and said he liked my work in covering the trial of Bonanno boss Joseph Massino and thought it would make a book. We sat down and talked about it and since I had done a lot of reporting about the trial I was in a pretty good position to draft a proposal, which the publisher Kensington quickly accepted. That led to my first mob book, “The Last Godfather.”

The NCS: You have covered some high profile cases, such as the Peter Gotti trial in 2003 and then the Joe Massino trial a year later in 2004. Is there any trial that really sticks in your mind to date?

Anthony DeStefano: The Massino trial sticks out because it covered so much mob history and of course led to my first book. The trial of Vincent Basciano which led to his last conviction was also big because that was the one in which Massino testified as a government witness.

The NCS: If you could have a sit down with one mob character from the past, to learn more about them, and perhaps write a book – who would you most like to get into the mind of?

Anthony DeStefano: Lucky Luciano I suppose would be the one, maybe Frankie Yale.

Anthony DeStefano: I would say the period between 1900 and 1910, the early days leading up to the killing of Lt. Joseph Petrosino in Sicily.

The NCS: You must be pretty excited right about now with the launch of your new book Gangland New York – So tell us how this book started off, and where did you get your inspiration from?

Anthony DeStefano: There is a great book called Forgotten New York which lists all of the obscure and forgotten things about the city from street lamps, to sign posts to old cemeteries. The book is extensive and has many, many maps of locations. I thought to myself maybe something like that could be done about crime or the mob in the city. So, I began thinking about such a work and how to organize it. The best approach I thought was to divide the subjects up by borough and follow a chronology. I also included a few annotated maps for the curious.

The NCS: How far does the book venture back into the history of Gangland in New York and is it primarily focused towards the Italian mob?

Anthony DeStefano: The book goes back to about 1850 with some reference to the period around 1800 when the old Collect Pond near the Five Points was being filled in. What makes the book different is that it deals with many kinds of ethnic crime groups: Irish, Jewish, Chinese, Albanian, Russian, as well as Italian. But as it turns out, the Italian mob makes up the majority of the narrative.

Anthony DeStefano: I would have to say being on the team of Newsday reporters who collectively won the Pultizer in 1992 for spot news reporting off the Manhattan subway crash. But the body of work on the mob ranks pretty close.

The NCS: What advice can you give to up and coming writers and authors who want to follow in your footsteps?

Anthony DeStefano: My view, which I tell a lot of new reporters and writers, is to try and get specialized in crime and the law. Not all crime but perhaps a particular area, be it the mob, cyber crime, human trafficking, business fraud. That background gives you an institutional memory of an area and makes you the go-to person on the subject. I would also think globally about organized crime and keep a historical perspective.

The NCS: Anthony, we wish you all the best of luck with your new book and appreciate you taking the time for us.

Anthony DeStefano: I appreciate that and hope readers enjoy the new book.

Other Books by Anthony DeStefano