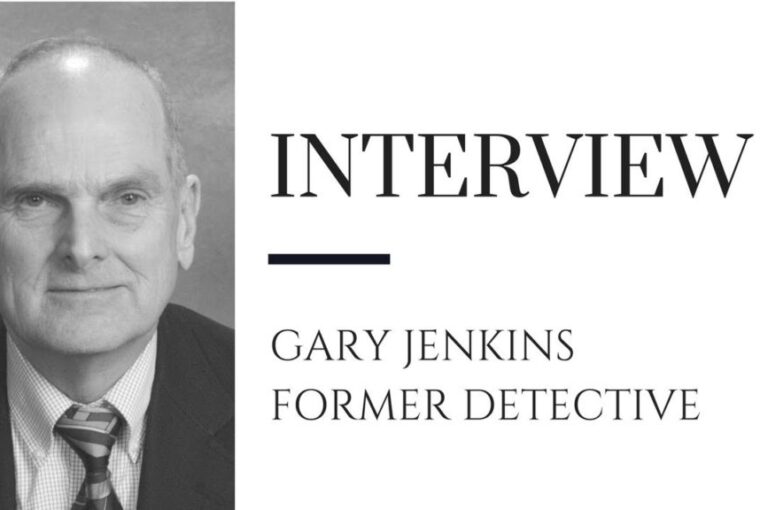 Gary investigated organized crime in Kansas City for 13 years during his 25 year spell in the police force, and has since created two apps, and produced a feature length documentary on the mob war in Kansas City.

We wanted to learn a bit more about how Gary got started off, his biggest achievements and his plans for the future.

Gary, thank you for taking the time out to talk with us.

The NCS: Having spent 13 years of your life investigating organized crime you must have experienced a lot of events. Which event most sticks out in your mind to date?

Gary Jenkins: I think the most memorable night was Valentine’s Day of 1979. After months of technical and physical surveillance, we were divided into joint FBI/KCPD search warrant teams. I was assigned to help search Carl “Tuffy” DeLuna’s home. Other Intelligence Unit members were assigned to search the homes of Nick Civella, Carl Civella, Pete Tamburello, Charlie Moretina, Vince Abbot, Joe Ragusa and the office of Carl Caruso. These were homes we had driven by thousands of times. Now we got to go inside to search for evidence of skimming from Las Vegas casinos. And at Tuffy’s home, we found detailed records of the skim, visits to Las Vegas and other Mob activities over the past several years.

The NCS: Since leaving the force you started a website called GanglandWire.com, where did this idea come from and what vision did you have for it to begin with?

Gary Jenkins: I knew I needed a web presence to connect with potential purchasers of my documentary film, Gangland Wire. My vision was not to just sell the DVD, but I wanted to blog about my experiences and educate the public in the history of organized crime. I believe that history must be learned to avoid repeating. While the salad days of the La Cosa Nostra is romanticized, the actuality is they are self seeking bullies who destroy society. In Kansas City, we had our first grass roots urban development called the River Quay. This was the turn of the century downtown of Kansas City. As the 1970s saw white flight from the city’s core, a visionary named Marion Trozzolo refurbished these old buildings. He provided inexpensive rent to artists, boutiques, restaurants and other small businesses. The KC Mob members were jealous and wanted to open strip clubs and discos in this area. The resulting conflict created headlines. Suburban baby boomers read about mob killings and night club explosions related to this area. Soon, they stopped coming and the area died. We did not have another similar area develop close to downtown until the 1990s.

The NCS: Putting together a feature length documentary must have been an exciting time for you, especially with actual audio obtained from mobsters. How hard was it to get the film produced and then published?

Gary Jenkins: I lived the actual story, but getting to final production was a long difficult process. I wanted to tell this story ever since I read Nicholas Pileggi’s Casino and even more after I saw the Scorsese film.

I was mentioned in Pileggi’s book because I was part of a search warrant team that found the DeLuna records. These records were mentioned in Casino. The KC Underboss, Tuffy DeLuna, kept detailed records of the casino skim distribution and he documented his trips to Las Vegas and Chicago to deal with Casino business. After watching the film, myself, and the other members of the Strawman Task Force wanted to tell the world the real Kansas City part of this important story. Pileggi and Scorsese had a great film, but we believed they focused too much on the violence of Tony Spilotro (film name Nicky Santoro) and the failed marriage of Frank “Lefty” Rosenthal (film name Ace Rothstein).

We believed the important story was the national influence of the La Cosa Nostra Midwest crime families over the Teamsters Union and Las Vegas Casinos and Nevada politics. Once I learned I could obtain and copy all the audio from the various wiretaps and hidden microphones, I found this film became easy to get produced. I had many Kansas City filmmakers wanting part of this action (to use the vernacular). Because I wanted to retain editorial control and tell this story in my own manner, I directed and edited most of this film. I had completed and released 2 other Civil War era documentary films by this time and believed I was up for the job. Assembling a crew was easy, Kansas City has a large film community and I had already developed relationships with key folks. For example, I have used the same sound studio for all three films. Craig Rettmer of RC Sound, stepped up his game in placing music in the right places and obtaining local jazz musicians to help with the sound track. Anthony Ladesich filmed beautiful interviews with his SLR camera. In Kansas City, we found old warehouse spaces to use as backdrops. We travelled to Las Vegas for about 10 interviews.

Once I cut this story together, I was quickly recruited by a local theatre for a special 2 week run. As with most independent film producers, I use a variety of film outlets to get this important documentary to the public. The most important and accessible is Amazon rental. I am still amazed at how many streaming rentals we have each month. I continue to sell the actual DVD from my website. But, as most folks know, digital downloads is the new media. I believe the DVD will go the way of VHS and hard cover and paper books.

The NCS: Just recently you have also brought a mob tour app to Google Play and the Apple Store, what does this app offer people?

Gary Jenkins: First, I wanted the Kansas City Mob Tour app to take the user on a self guided tour of the actual Kansas City sites where the La Cosa Nostra has and continues to live, play, eat, drink, dance, gamble, kill and be killed. I use a map function to guide users to the actual address. I use a text and photo page to tell the story of that location and either photos of what it looks like today or what this location looked like back during the time the story occurred. I have sites from the 1970s-80s back to the 1930s. I also make recommendations for good Italian food. Finally, for each general area, I have made a link to a short video in which the viewer is shown a story about that area. The Kansas City Mob tour app can be used by someone from outside Kansas City for an informative virtual tour of our mob history.

Gary Jenkins: I would go back to the 1930’s and prohibition. I want to see what life was like when the Mob was an integral part of government, society and the community.

The NCS: If you had the chance to sit face to face with a mobster from the past, and ask them questions, which one would you choose to talk with, and why?

Gary Jenkins: I would like to talk to the late Nick Civella. Nick was the Boss from the early 1950s until he died in 1983. He was at the famous Applachin meeting. He probably took part in the murders of Charlie Binnagio and Charlie Gargotta. These murders caused the creation of the Kefauver Senate hearings and the first real examination of the La Cosa Nostra in the United States. Nick obtained control of the Teamsters Union boss, Roy Williams in Kansas City.

Nick installed Joe Agosto in the Tropicana casino and created a stream of skim money separate from the Chicago dominated skim from the Stardust. In other words he was a quiet behind the scenes but integral player in the Mob on a national level for 30 years. I want to know the real stories behind his reign.

The NCS: Other than producing documentaries, creating apps and having a successful 25 year spell in the police force, is there are anything else outside of this that you take part in?

Gary Jenkins: I recently created Gangland Wire Crime Stories. This is my true crime podcast. At the present time, I have eleven (11) episodes playing. You can find it on my Kansas City Mob tour app, my website www.ganglandwire.com, itunes or Blubrry.com. I tell stories from my experiences as a member of the Kansas City Police Department Intelligence Unit. I have received a lot of interest, if that interest is maintained, I will start telling my policeman’s perception of other important crimes. I have already started some Freedom of Information Act requests about a gang that robbed banks by setting off bombs at the local police station while they robbed the local bank. The landed in Kansas City and were interrupted while plotting to kidnap for ransom a local society matron.

Oh, and I practice law, so if you get a traffic ticket in Kansas City, Better Call Gary.

Gary Jenkins: Probably getting and staying sober, but in the area of my more commercial and popular life events, being selected for the KCPD Intelligence Unit, graduating law school and passing the Missouri Bar rank way up there.

The NCS: Is there anything in the pipeline that you have planned for the future that you can share with the NCS readers?

Gary Jenkins: Right now, I am focusing on my Gangland Wire True Crime podcast. I am flirting with entering a Missouri Film Society screenplay contest with a local mob story. I just downloaded a screenwriting program and I have three pages done. My story blends the exploits of my best informant with an actual mob story of the gang that could not detonate a bomb.

The NCS: Gary, we wish you all the best of luck with your site and future plans.

Gary Jenkins: Thank you for being here for me. The National Crime Syndicate is am important website in our area of study. I particularly like it that you and a few others have embraced the new digital technology via social media. If we want to carry this important history to future generations, we must adapt to the new media.