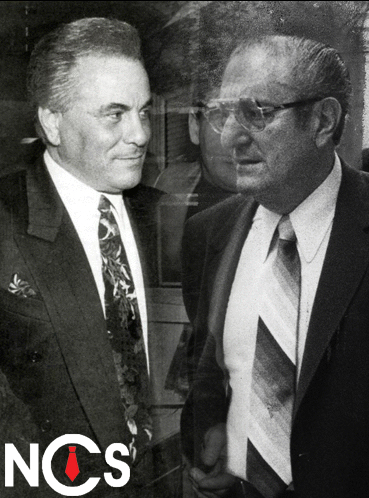 There is no line down the middle for John Gotti, it’s a simple fact that you either love him or hate him, and it seems from our recent poll 72% of people love him.

On the one side you have those that feel he was the final straw that broke the camel’s back when it came to Cosa Nostra, including Lucchese Crime Boss, Anthony Casso who stated:

On the other side of the fence, you have those mob fans who find his character to be something straight out of the movies. You can’t argue with the fact that he was a fascinating character who held a spectacular presence to the media.

Big Paul was more of a businessesman who never paid his dues on the street, he was appointed boss by his cousin Carlo Gambino shortly before his passing in the hope that he could turn the family towards white collar crimes. Paul never held that charismatic stereotypical mob boss presence like Gotti did, which is why he perhaps he only had an 18% backing of votes.

Finally, there was an option we put in the poll of ‘Neither’ and 10% of people voted that neither Gotti nor Castellano were the right fit. So who was? Well the comments over on our Facebook channel pointed in favor of Aneillo Dellacroce who was overlooked as the boss, or that both men lacked something the other had.

Are You a Paul Castellano or John Gotti Fan? (Vote here: http://thencs.org/1GAQ9qC)

An Interview with The Making of the Mob’s Craig Rivela