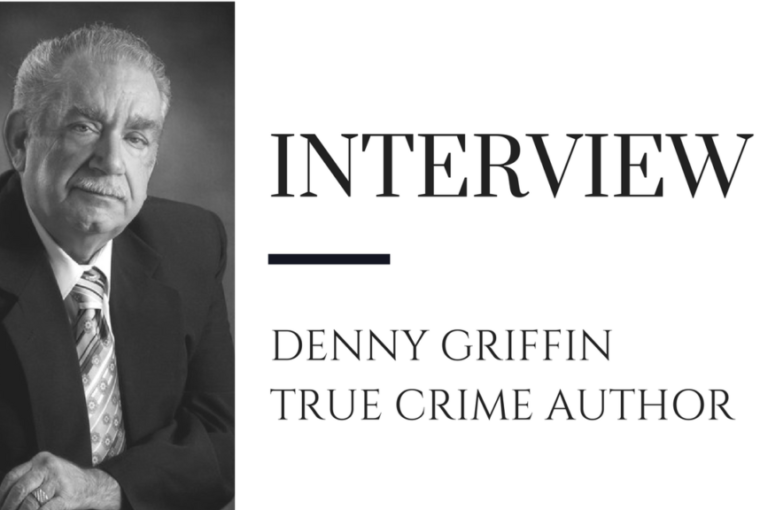 Dennis Griffin currently works as a consultant to the Vegas Mob Tour, and speaker coordinator for Mob-Con.

He retired in 1994, after a 20-year career in investigations and law enforcement in New York State. In 1996 he wrote his first novel, The Morgue, and since then has published many other nonfiction and fiction novels.

His debut in nonfiction came titled Policing Las Vegas – A History of Law Enforcement in Southern Nevada followed by The Battle for Las Vegas – The Law versus the Mob which tells the story of the Tony Spilotro era in Las Vegas from 1971 thru 1986. It was released in July 2006 and was a Computer Times Editor’s Selection in October 2006. That was followed in July 2007 by CULLOTTA, the biography of former Chicago and Las Vegas mobster Frank Cullotta. Shortly after this came the Hole in the Wall Gang, a sequel to CULLOTTA.

In May 2015, Bumping Off Fat Vinny, a tongue-in-cheek account of the efforts of three authors to murder their publisher, was released.

What makes you proud to be a writer from Verona, New York?

Dennis: I enjoy entertaining readers with my mystery/thriller fiction, and educating and informing them through my organized crime and history books.

What or who inspired you to become a writer?

Dennis: The last case I worked as an investigator for the New York State Department of Health involved a medical examiner’s office that was mishandling bodies. My investigation uncovered activities that were extremely odd, to say the least, yet true. After I retired, I decided I needed to tell the story of what had transpired in that facility. I wrote a fictionalized account in The Morgue. That book launched my second career as a writer.

When did you begin writing with the intention of becoming published?

Did your environment or upbringing play a major role in your writing and did you use it to your advantage?

Dennis: My background in law enforcement and investigations has been key to my writing. It has allowed me to write realistic fiction and develop and work well with my nonfiction sources, and conduct productive interviews and research.

Do you come up with your title before or after you write the manuscript?

Dennis: I come up with a working title at the outset, which is subject to modification during or at the completion of the manuscript.

Please introduce your genre and why you prefer to write in that genre?

Dennis: My fictions are mystery/thrillers. My nonfictions are organized crime and true crime biographies, with some history.

What was your inspiration, spark or light bulb moment that inspired you to write the book that you are seeking promotion for?

Dennis: I am currently focusing on nonfiction crime bios. When I develop fresh information about an incident or individual, I feel the need to write about it.

What has been your most rewarding experience with your writing process?

Dennis: My book CULLOTTA identified the killer of two people in Lakemoor, Illinois in 1981. The case had been cold for twenty-six years, and although thr murder had since died, it allowed the police to clear the case and help bring resolution to the families of the victims.

What has been your most rewarding experience in your publishing journey?

Dennis: My book The Battle For Las Vegas, was selected as required reading for the Criminal Justice class at Purdue University.

Have you had a negative experience in your publishing journey? If so please explain how it could have been avoided?

Dennis: Yes. In spite of my background in investigations, I got scammed when I was seeking an agent. This individual was very smooth and told me everything I wanted to hear while planting the hook. I sent him a “contract fee” and a couple of months later he was in jail for fraud. A little research would have revealed that he was under investigation and saved me some money. However, his spiel and the vision of myself sitting in a Barnes & Noble with a line of fans out to the parking lot, got the better of my common sense. Thankfully, I haven’t done anything that stupid since.

What one positive piece of advice would you give to other authors?

Dennis: Writing the manuscript is only a part of what is needed if you’re writing for profit. Research the business end of writing, including publishing options, and come up with a realistic marketing plan before or in conjunction with writing your manuscript. I didn’t, and it cost me in unnecessary aggravation and probably financially.

Who is your favorite author and why?

Dennis: Clive Cussler. I love his Dirk Pitt character and the plots of his stories.

Find out more on Dennis including his future projects: www.dennisngriffin.biz