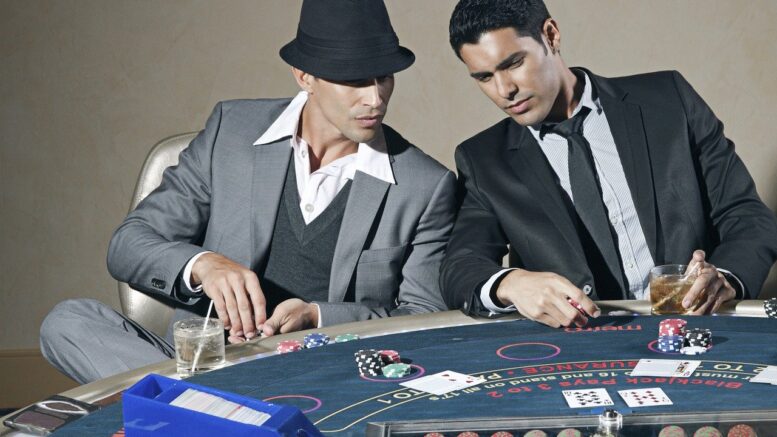 People have always been fascinated with crime and criminal elements. Because most of us don’t go around robbing, murdering or committing fraud, we are always curious about what possesses other people to go about doing so and what happens as a consequence.

This fascination with the crime genre has trickled down into mainstream entertainment. Just take a look at all the popular TV shows such as Law and Order: Special Victims Unit or Mindhunter that have millions of followers. How about crime-themed movies such as David Fincher’s Zodiac or The Bling Ring?

In recent years, with the surge in popularity of online gambling, we have seen a flood of casino games that have been inspired by crime.  Some of them are based on legendary personalities such as Robin Hood, while others are branded slot games that are based on popular TV shows or movies.

Which are the best crime-inspired slot games? There are so many great titles out there that it’s difficult to say, but these are our choices. We found these games by trawling through the thousands of free online slots available at Flashcasino.org. We hope you love them as much as we do!

Microgaming’s classic 3-reel, 5 pay line slot eventually served as the basis for the follow up, Break da Bank Again slot, but somehow the original has a special place in players’ hearts. The bank robbery-themed Break da Bank slot boasts great quality graphics and has a fun and immersive theme. The main bonus feature is this simple-to-play slot is the wild, which multiplies winnings by 4 x, and the slot has a substantial jackpot up for grabs.

Realtime Gaming’s most successful series of crime-inspired slot games follows the tale of the notorious band of crooks as they plan a bank heist. The animated graphics and irresistible characters make this a collection of games that players head to time and time again at RTG-powered online casinos. The games are filled to the brim with bonus features that include free games, multipliers and plenty more. All three games come equipped with progressive jackpots that can be randomly triggered so that players get a chance to take home a heist of their own.

This 5-reel game is a clever blend between dogs and the cult movie, The Godfather. Microgaming has done a great job bringing a canine mafia feel to the reels, using graphics such as cigar cutters, Hench dogs and the Dogfather himself. There are some cool touches including a jazzy tune and flashing graphics which mark each win, and the chance to bet up to $50 a spin. Get up to 13 free spins with a 3 x multiplier in the main bonus feature of the game.

Adding its own take to the bank robbery genre of online slots is Rival Gaming with its 5 reel, 15 line slot. Crime may not pay, but a crime-inspired slot may very well do the trick! Progress to different levels of the game and work your way through four sections, before you can get away with a whole lot of loot! Watch out for the cops as they try and prevent you from leaving the bank. The Tommy Gun Bonus feature has you shooting targets, for some truly fun and immersive online slots action.

NetEnt launched its long-awaited Narcos slot in 2019, basing it on the Netflix hit TV series. The story of Pablo Escabar is brought brilliantly to the five reels of this 243 ways to win game, taking you to the streets of Columbia in the 1980s. Bonus features come a mile a minute: We’re talking about the Walking Wilds feature, the Drive-by feature where high paying symbols are shifted into wilds, and Winning Clusters.  Narcos slot has a good 96.23% RTP and brings with it loads of action.

It’s time to steal from the rich and give to the poor through NetEnt’s stunningly beautiful 3D, 5 reel, 20 bet line slot. Follow Robin Hood and his band of merry men through Sherwood Forest as they do their bit to uphold justice. The slot has an amazing cinematic intro movie which sets the scene and tone, introducing you to literally hours of fun. Play Robin Hood with 20 fixed pay lines and maximum betting limits of up to $100. Features include wild, shifting reels, a Money Bag feature for extra wild symbols, free spins and an epic soundtrack!

Play ‘n Go’s enjoyable 9-line slot game has a classic good guys vs bad guys theme, with two main features, the Car Chase and the Gamble Round.  Unlock the Car Chase scatter bonus by landing three police cars anywhere on the reels.  Avoid the roadblocks, escape the police and see your total prize double in value.  Try your luck on the Gamble Round, where you get to double or even quadruple your wins.