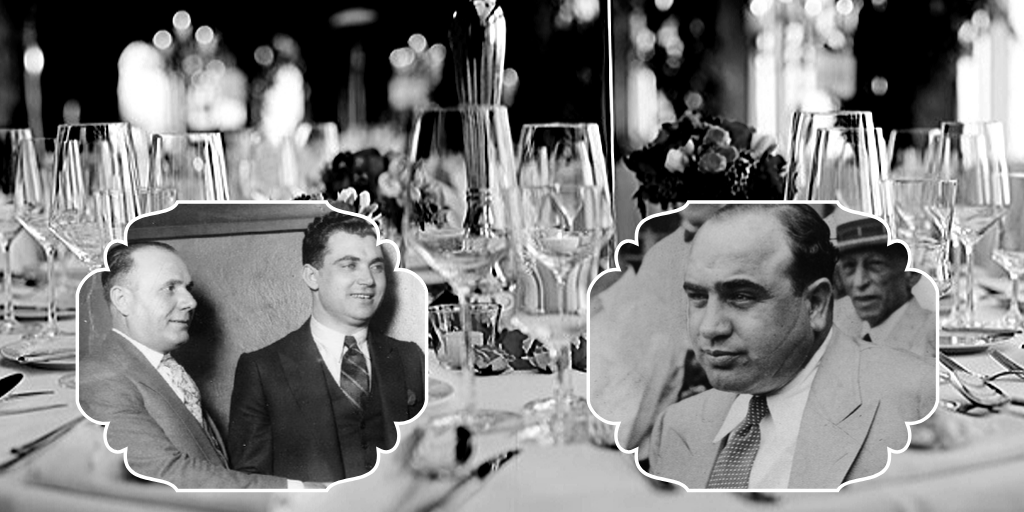 This story, overtime has been added to and exaggerated by the decade. The more the story has been told the more elements that have been embellished, and Hollywood certainly has played its part in making this event more spectacular than it was.

Al Capone in the late 1920’s had a lot of enemies, one of them was Joe Aiello. In February 1929 gangland Chicago, if not gangland America was shook when Capone orchestrated the St Valentines Day Massacre. This event alone turned many high profile mobsters against Capone – bringing too much heat on the mob, and the way he went about taking out opposition mobsters.

Joe Aiello put a $50k bounty up for anyone who would kill Capone. The bounty was taken up by Chicago Outfit’s Sicilian hitmen, Albert Anselmi and John Scalise known as ‘The Murder Twins’. Now, the shocking part to this was that Anselmi and Scalise were Capone’s most trusted hitmen and had no issues with Capone. Add to that the fact that they made a good living under him. We can only speculate that greed got the better of the two men, who also brought in Joseph Guinta.

Who was Joseph Guinta?

Joseph Giunta was often overlooked here, he was the Unione Siciliana president and was a major part of the campaign to overthrow Capone. He was killed at the same time as the other two mobsters.

How Did Anselmi, Scalise and Guinta Get Found Out?

It was all thanks to Capone’s loyal bodyguard Frank Rio as well as a bit of Oscar winning acting. Rio twigged on and had suspicions that something was going on. He consulted with Capone and staged a mock argument with him in-front of the hitmen to gain their trust.

The argument ended with Rio slapping Capone around the face and storming off.

A brave move, they must have thought.

Seeing Rio’s frustration with Capone the two men approached him to bring him in on the deal and to take a cut of the $50k. They knew that Rio was the key to getting them close enough to Capone, to carry out the job.

Rio went back to Capone and filled him in. He told him that Aiello had put up the bounty and Anselmi, Scalise and Guinta were in on it.

Capone had to act fast. He had to get them before they got him. Remember, Anselmi and Scalise were professional hitmen, and arguably two of the best in the business.

What Happened At The Infamous Dinner Party?

The location of the dinner party is subject to a lot of speculation. A lot of biographers and experts claim the party was in fact at the Hawthorne Hotel. The dinner party had been organised by Capone as a reconciliation effort for him and Rio, after Rio had “apologized” to the mob boss for his outburst. As Anselmi, Scalise and Guinta were present at the argument, they were also invited as guests of honor.

Now, this is where we drift into the realms of fantasy and stray from the path of reality. The legend goes that the hitmen all got drunk and stuffed themselves on the food that Capone has provided. Getting carried away with the evenings hospitality.

They were then so inebriated that Capone’s men tied them to the chairs and proceeded to beat them with bats. Either Tony Accardo or Al Capone were said to ge holding the bat, and Capone was said to have stood behind them throwing insults while they were being savaged.

This to us is largely fantasy. 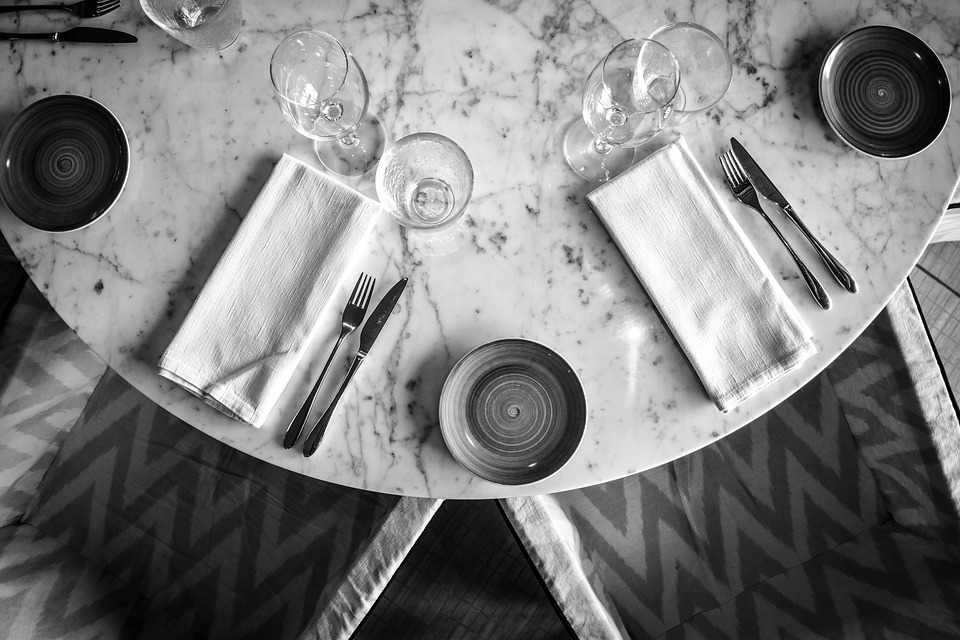 Think about it, Anselmi and Scalise were smart – albeit greedy. They were two of the most feared and reputable hitmen of the time and they knew they were in the process of planning a hit on Capone. They would have been aware of their surroundings, and very cautious. I can’t see them getting drunk or stuffed on food. Neither does it seem right that Capone would have killed them in-front of everyone else. Some of the dinner party guests were newspaper reporters for a start!

The likelihood is that the dinner party was to put them into a false sense of security, get them nice and relaxed, settled in the company of Capone’s other men.

So where did they get beaten?

Truth is there isn’t any solid evidence of where this took place. We do know that they were beaten to a pulp though…

The coroner said that there wasn’t an inch of their bodies left unbruised, and it was hard to locate a bone that wasn’t broken, everything from top to toe was shattered to pieces.

We also know that the bullets that riddled their bodies came after the savage beatings.

The best record of what happened is that they were beaten by Capone’s men (possibly Capone as well), and then they were shoved into their own car and taken out to a road in Indiana where they were left to be found the next day.

Capone’s men sprayed the car with bullets before leaving them to make sure that they were definitely dead. 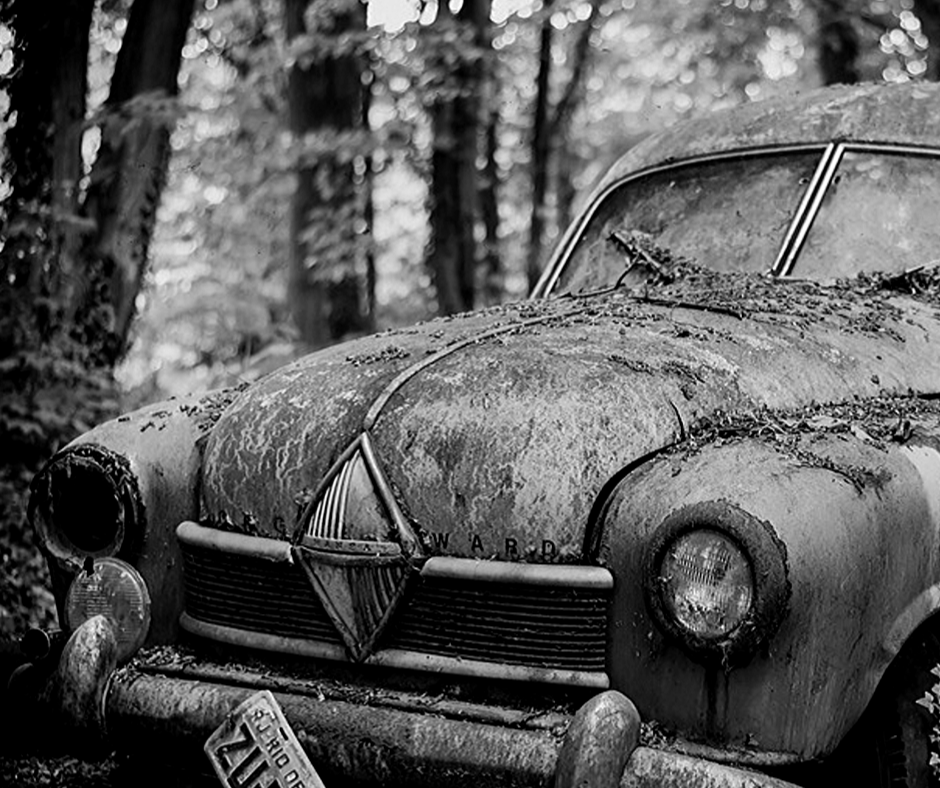 As for the mobster who put up the bounty on Capone’s life, Joe Aiello, he was machine-gunned down on October 1930 after constant plotting. The coroner actually removed nearly 60 bullets from his body.

Al Capone: How The Most Shot at Gangster Escaped Death

What Are Your Favorite Mob Collectibles?