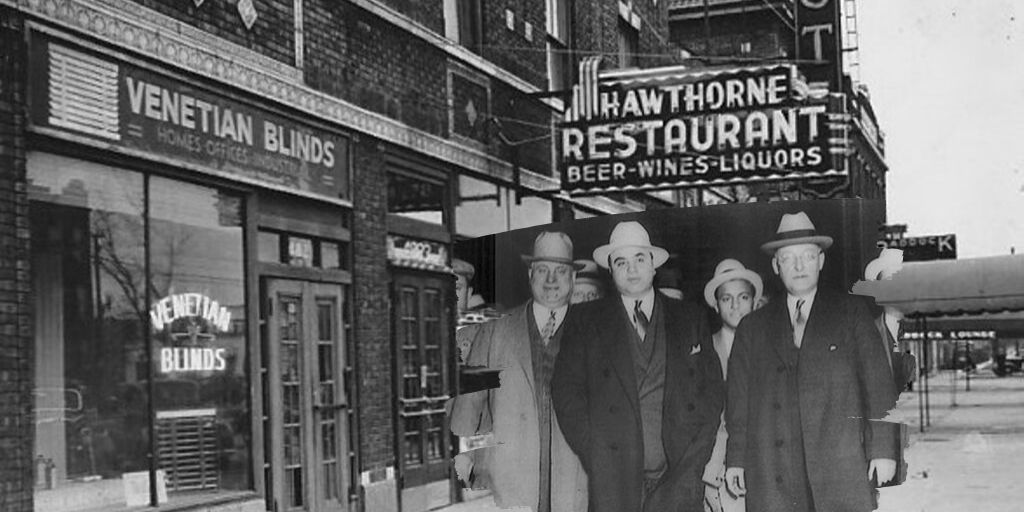 Gang Wars were rife during the 1920’s in Chicago, constant drive-bys, shootouts in the street during daytime hours, you name it. No one was safe, especially Al Capone who was at the center of most news headlines and controversy.

We all know about the 7-tonne bulletproof cadillac sedan that Al drove, which cost some $20,000 to customize – $250,000 in today’s money, but what else helped keep Capone safe?

We look at some of the measures that Capone put in place.

1. He hired 8 bodyguards who traveled with him on a rotating basis. Some in his car, some in cars that flanked him.

2. He lived at the Hawthorne Inn for a few years in the mid-20’s. Here he had bulletproof shutters installed on the windows and armed guards were scattered around the hotel, from the lobby to the back entrances. However, he moved shortly after the 1926 drive-by assassination attempt whilst he was dining in the restaurant of the Hawthorne Inn.

3. His living space/headquarters in 1928 was the Lexington Hotel. He chose to live here after needing somewhere to live and work that was more private than the Hawthorne Inn. The hotel had a series of delivery tunnels underground connecting various buildings (even the Hawthorne Inn).

4. The Lexington also had a lot of alarms, moving walls, panels and escape routes.

5. Al Capone used a freight elevator to get in and out of the Lexington, which was guarded by his bodyguards who traveled up the elevator with him to his bedroom.

6. The bedroom also had a steel door that a would-be intruder would need to get through.

7. Chefs were overlooked by his most trusted aids, and he asked the chef to try the food first before he ate.

8. In one apartment he lived at, he had a tunnel built from the house to the garage and always had the car parked ready to drive straight out the garage in case he needed to make a quick exit.

9. Al carried a pistol under each armpit.

10. He had a customized chair made for his office, the back of the chair was bulletproof.

Why You Should Use Horse Racing Betting Software

The Truths Behind The Killings of Anselmi, Scalise and Guinta