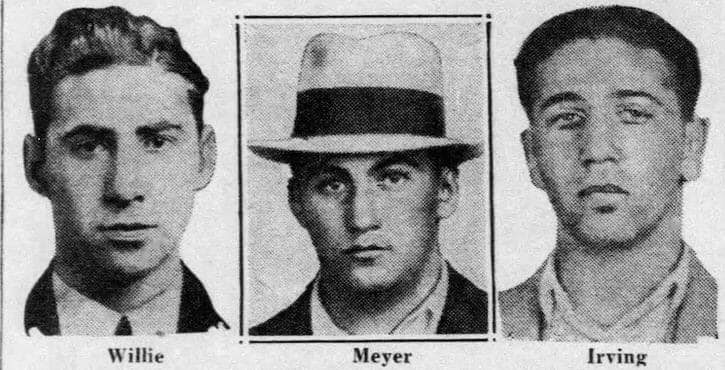 By the end of the 1920s and the beginning of the 1930s, the New York City streets were flooded with gang wars. Joe Masseria was locked in a deadly battle with Salvatore Maranzano, and Dutch Schultz was in a ferocious war with Vincent Coll.

The most dangerous time in gangland history was about to step up another notch. The Brownsville section of Brooklyn erupted with gunfire echoing throughout the streets. Vice at that time was controlled by the Shapiro brothers in the area. Meyer, Irving and Willie were seasoned criminals, and sitting at the top of the heap in Brownsville, controlling slot machines, fifteen houses of prostitution, loansharking and labor rackets.

Meyer Shapiro’s reputation skyrocketed due to a reported nineteen attempts on his life. He was fearless when facing a pistol, but panicked for some reason when facing a blade. Internal tensions in the gang were at boiling point, when a young Shapiro hood named Abe Reles realised that the street guys were taking all the risks, so he believed they were entitled to a bigger slice of dough. Reles and his two pals Martin Goldstein and Harry Strauss decided to set up their own bookmaking operation, going against the Shapiro’s orders, and called themselves the Brownsville boys. Meyer and Irving realized they had to put a stop to their open violation of orders and shut down the operation.

Reles, Goldstein and Strauss knew they would be out gunned by the Shapiro’s, so Reles got in touch with his pal from the neighboring Ocean Hill, Frank Abbandando, and made him an offer. If the two Sections were to join forces and knock off the Shapiro’s, they would split their territory down the middle. Frank approached his boss Harry Maione with the offer, and he agreed. Now the Shapiro’s had a serious threat. A close associate of both Reles and Maione was Loius Capone, and in turn, he was associated with Albert Anastasia. Anastasia is reported to of talked with Charlie Lucky stating the young hoods could come in handy.

The newly formed Combination, as they called themselves, now had the backing of the Italians, and in their first order of business, Charlie ordered them to take out the Shapiro’s. In a short space of time, violence erupted with casualties on both sides. Just as quickly, the battle slowed down when the Shapiro’s went into hiding.

On a lazy middle of the day, middle of the week kinda moment, Abe Reles and some friends were hanging out at Martin Goldstein’s pool hall, when the sound of a car roaring to a stop got the attention of some inside. Suddenly there was the sound of glass shattering, and the very familiar roar of gunfire. Everyone inside ducked for cover as bullets peppered the walls, the tables and even the billiard balls.

Apparently Reles crawled to the window and saw Meyer Shapiro sitting in the rumble seat of a dark sedan shooting, while his brothers were in the back seat shooting. This attack was Meyer’s way of letting everyone know, they were still a force. The Combination struck back with ferocious force. They found out the Shapiro’s kept an apartment at 692 Blake Avenue. July 11, 1931, Irving Shapiro entered the appartment building, and when he reached the 5th floor, he noticed the hall light wasn’t on, so he walked towards the apartment door, when out of the dark Abe Reles and Martin Goldstein appeared. Reles fired a shot, staggering Irving. Reles quickly dragged Irving out side, and shot him another eight times, twice in the face.

After Irving, it was like the domino effect, Reles along with Goldstein and Harry Maione, caught up with Meyer, September 17, 1931, in a speakeasy in Manhattan. The three fellas took Meyer to a Lower East Side cellar, where Reles shot Meyer once through the ear. Three years later, William was finally gunned down, July 20, 1934. It’s believed William was tortured and then buried alive in a marshland in Canarsie by Reles, Goldstein, Maione and his lieutenant Frank Abbandando.

The joined forces of the Brownsville boys and the Ocean Hill hooligans became what was called the Combination, labeled by the press as Murder Inc.

The Fall of The Amberg Brothers: Prohibition Days in Brooklyn

Jack ‘Legs’ Diamond: Was He The REAL Teflon Don? 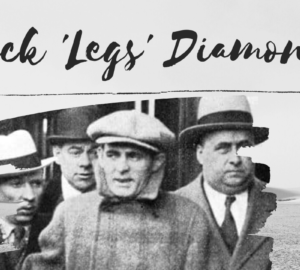