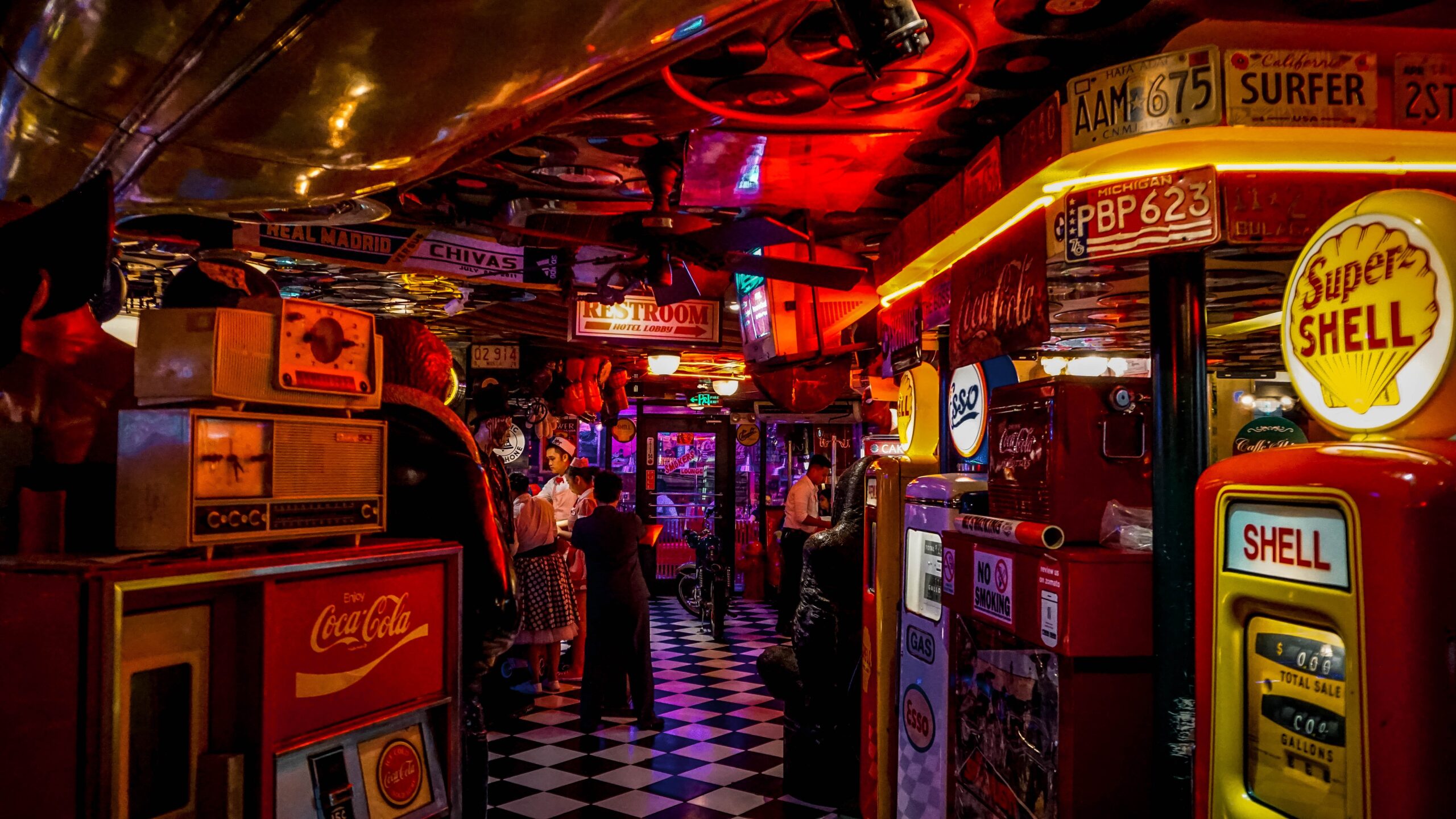 Whether it’s in popular culture, television or movies, gambling and casinos are always portrayed as the foundation of the criminal underworld, or at the very least, an association with a criminal underbelly. However, when you visit your local land-based resort or online casino, none of these cliches are present. So why on earth is gambling always connected with organized crime and how are mobsters and gangsters linked with the gambling industry?

The money laundering model has been in existence for centuries and shares a strong connection between casinos, organized crime, and the mafia. However, the term is relatively new when it comes to law enforcement. The idea is rather simplistic and straight forward. If you obtain money through a criminal act, whether its theft, drugs, or extortion, you won’t be able to use the funds without attracting attention from tax authorities and the cops. Therefore, criminals are required to move money around to make it look like it was legitimately earned instead of through a nefarious act.

The laws around money laundering were initially established during the prohibition period, forcing underground rings and mobsters to create places for people to gamble and drink illegally. You were unable to deposit a large sum of money without raising suspicion which is why casinos provided the perfect solution. Visiting a land-based casino offered the opportunity to purchase a stack of chips that you could use to gamble a while before cashing out, allowing you to show that all your funds were winnings from gambling.

As a result, mobsters and gangsters used casinos to clean the money, allowing one to use the funds without raising any suspicion. It’s for this very reason why there are several regulations in place for large deposits and cashouts made at casinos.

Naturally, this is something that authorities are concerned about when it comes to online gambling too, which is just one of the reasons you’ll likely need to provide identification and other documentation when cashing out (i.e. as part of the KYC or ‘Know Your Customer’ initiative). Although this can seem like a pain in the rear at times, it’s a plus for players as regulated online casinos are much more likely to be fair. Even so, players should take care to choose trustworthy sites. For instance, PlayOLG casino is legal for players based in Ontario who want peace of mind.

Mobsters and Gangsters Tied to the Gambling Industry

During prohibition, mobsters were involved in operating underground casinos and saloons. Even when casinos were legal in Las Vegas, mobsters continued to have a stronghold on the gambling industry. The mafia achieved this by financing and building land-based casinos during the early days of Las Vegas. Construction was incredibly expensive and the unions were mostly controlled by mobsters. This caused casino developers to climb into bed with the mafia, using their connections and funds to construct Sin City. With that in mind, let’s take a look at some of the most infamous mobsters and gangsters and their deep ties to the gambling industry.

Born in Grodno, Russian Empire during 1902, Meyer Lansky managed to immigrate to the United States during 1911 and settled down in Manhattan, New York. He became good friends with Lucky Luciano and Bugsy Siegel as a child, successfully running the Meyer and Bugs Mob said to be the most violent gang during the prohibition.

By 1936, Meyer Lansky had control over gambling operations in Florida, New Orleans, and Cuba. He also managed to obtain an offshore bank account in Switzerland to successfully hide his illegal earnings and is a great example of how the mafia used casinos to successfully launder money. Lansky formed part of the meetings that were held by Siegel’s investors. Bugsy Siegel ran the Flamingo Hotel and didn’t make any profits.

Lansky managed to give Siegel more opportunities to turn a profit. However, it’s believed that Meyer Lansky gave the final go-ahead to kill him off after a very long friendship between the two. Once Siegel was out of the picture, Lansky took ownership of the Flamingo Hotel for the next two decades.

Born in Boston, Massachusetts during 1899, Moe Dalitz worked in his family-owned laundry business before getting into bootlegging. He used laundry trucks to successfully transport liquor and after the Prohibition repeal, Dalitz started to operate illegal casinos in Kentucky and Ohio and even operated the Pettibone Club for a decade. Dalitz and the Mayfield Road Gang bought the Desert Inn, situated in Las Vegas, and decided to open a casino. 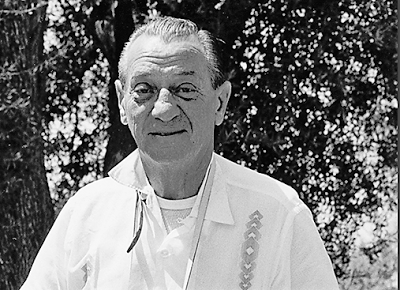 He also owned the Sundance Hotel Casino and operated the Stardust Resort & Casino which has since been changed to The D Las Vegas and the Fitzgerald. Dalitz, along with three others, established a real estate company, known as Paradise Development, during the 1950s and founded the Sunrise Hospital, Las Vegas Country Club, and the Boulevard Mall. He was extremely proud of his achievements and stated that he transformed Las Vegas from a gambling town into a resort destination.

Born in Chicago, Illinois during 1906, Antonio Joseph Accardo, also referred to as “Big Tuna”, was expelled from school when he was only 15 years old and decided to join the Circus Café Gang who played a big part in the adult criminal organizations in Chicago. Accardo was eventually recruited to join a hitman crew for Al Capone. He got the “Joe Batters” nickname from Capone himself after he killed three men at a dinner held by Capone with a baseball bat. 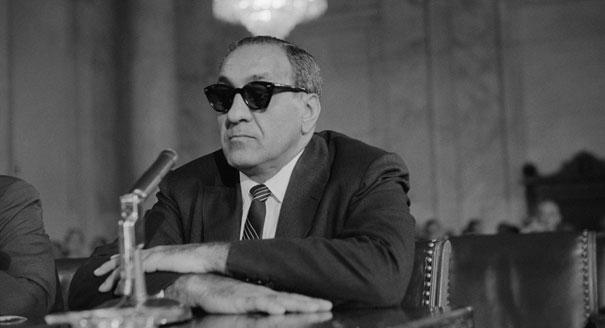 After Al Capone was locked up for tax evasion, Tony Accardo received a gang to control due to extortion and the fall of several bosses. His gang made a move into slots as well as other gambling organizations. When Las Vegas expanded, Tony Accardo ensured that the casinos only made use of his wire services and slots and made millions in profits through this.

Born near Rome in 1905, Filippo Sacco, also known as “Handsome Johnny”, committed murder in 1922 and decided to flee to Chicago and change his name to John Roselli. During the 1950s, Roselli was a representative of the Los Angeles and Chicago mobs in Las Vegas. He ensured that everyone received their percentages from all casino profits. He also managed to work as a movie producer during this time and helped with the production of early gangster movies. 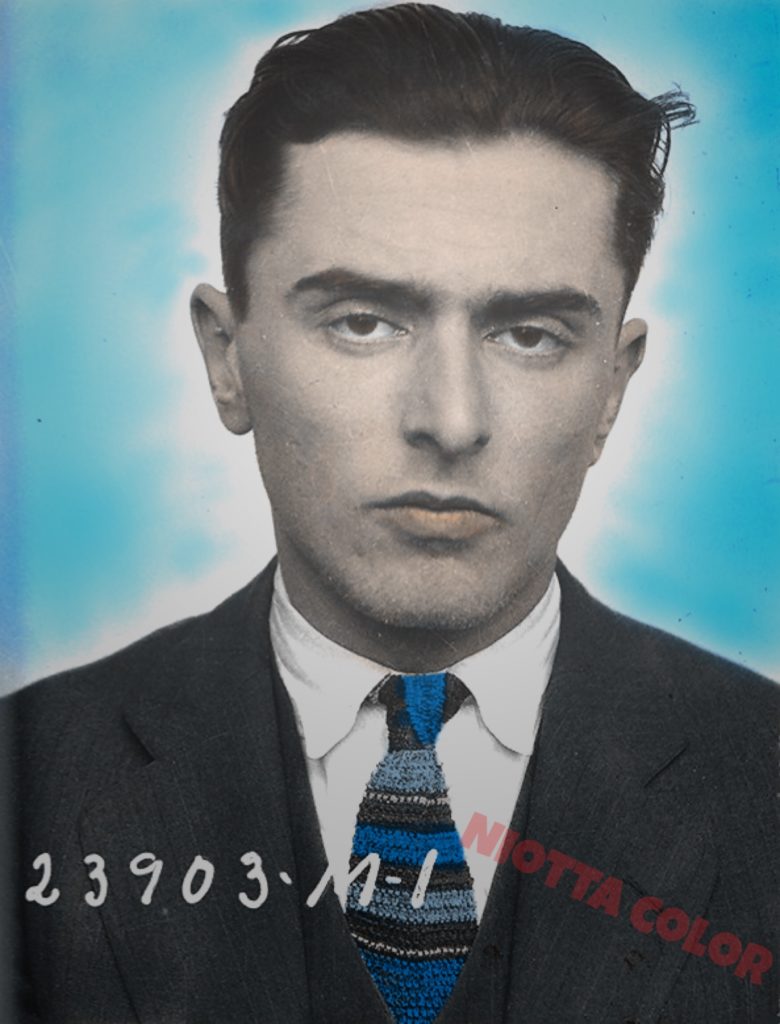 During 1963, Frank Sinatra helped Roselli to become a Los Angeles Friar’s Club member by sponsoring his membership. Once he was accepted, he discovered a card-cheating system and requested to be part of the scheme. The card-cheating system was discovered in 1967 by the FBI and was fined $55,000. During 1968, he was deported back to Italy but his home country refused him as a citizen, and remained in the United States.

Born in Chicago, Illinois during 1938, Antony John Spilotro, also known as “Tough Tony”, had five brothers and four of them all had careers within criminal activities. His father had a popular restaurant called Party’s and several famous mobsters, including Gus Alex, Francesco Nitti, Jackie Cerone, and Salvatore Giancana ate there frequently.

Spilotro decided to drop out of school and started committing minor crimes like shoplifting and purse snatching. By 1971, he transformed himself into a Las Vegas Mob representative. With his friend Frank Rosenthal, he managed to embezzle from casinos and sent the profits to the Outfit as well as several other mafia families. Spilotro eventually took over the Circus Circus Hotel with the alias Tony Stuart and by 1974 the hotel that was acquired for only $70,000 was sold for a jaw-dropping $700,000. Spilotro was beaten severely before he was buried alive in Indiana and was identified by his brother through dental records.

The Biggest Mafia Busts in History

One of the biggest mafia busts in the history of the United States took place in 2011 when more than 800 FBI agents and cops dragged Godfathers out of their beds across New York. The mafia families that were arrested in this bust included the Colombos, Bonannos, Luccheses, Genoveses, and Gambinos. The authorities also targeted the DeCavalcantes in New Jersey who served as inspiration for The Sopranos television mob family. The cops charged more than 120 for murder, racketeering, drugs, and extortion, including Salvatore Vitale who had a hand in no less than 11 murders.

The biggest mafia bust in Canada took place in 2019 when 15 were arrested and $33 million worth of cars and homes were seized. Several other significant busts have been made across the globe but these will give you a good idea of how influential mobsters are when it comes to organized crime.

Is There a Connection Between Italian Food and Dating? Of Course!

The Fall of The Amberg Brothers: Prohibition Days in Brooklyn 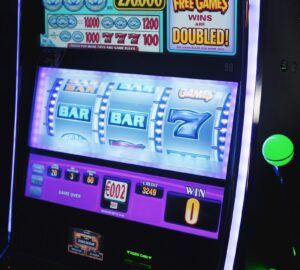