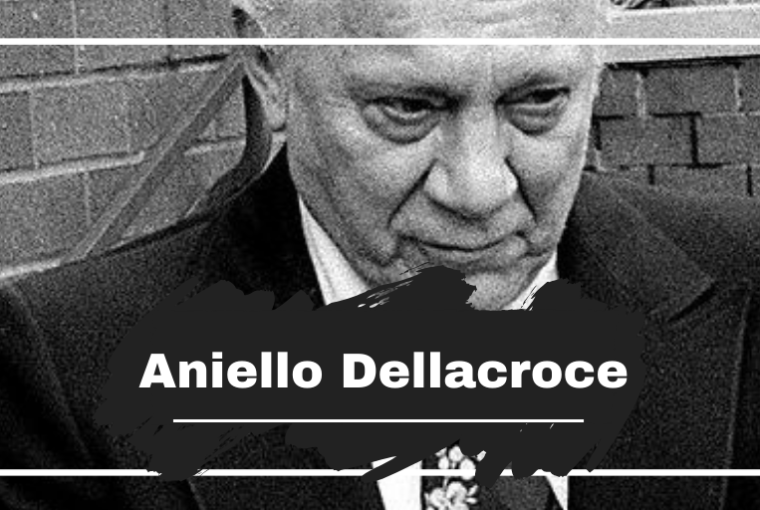 On this day in 1985 Mr. Neil who was the underboss in the Gambino Crime Family during Carlo Gambino’s reign, passed away from lung cancer at the age of 71. He took over the underboss role from Joseph Biondo in 1965 and became a mentor to future Gambino boss, John Gotti.

Dellacroce was one of the mobs most feared men, with one news reporter stating:

“His eyes had no color… as if his soul was transparent”

“Dellacroce was one of the scariest individuals I’ve ever met in my life. Dellacroce’s eyes were, like, he didn’t have any eyes. Did you ever see ‘Children of the Damned’? His eyes were so blue that they weren’t even there. It was like looking right through him.”

Whilst detective Ralph Salerno reported that…

“You looked at Dellacroce’s eyes and you could see how frightening they were, the frigid glare of a killer.”

The death of Aneillo Dellacroce would essentially lead to war in the family as it had been Dellacroce who held back John Gotti from making any moves on the boss of the Gambino’s during the 1980’s, Paul Castellano. Many believed that Dellacroce should have been the new boss in 1976 when Carlo died, but he was overlooked and Carlo’s cousin Paul Castellano was given the ropes, much to the anger of loyalists in the family. However Dellacroce pledged his loyalty to Castellano, and never made a move.

It was only when he had died that the underlings rebelled, and with Paul not turning up at the funeral of Dellacroce it only stoked the fire to what would be the final straw for the likes of John Gotti. Two weeks after the death of Aniello, Castellano was left on the street of Manhattan after being ambushed outside Sparks Steak House by gunmen.

Gotti would then take the Gambino family as the new boss.