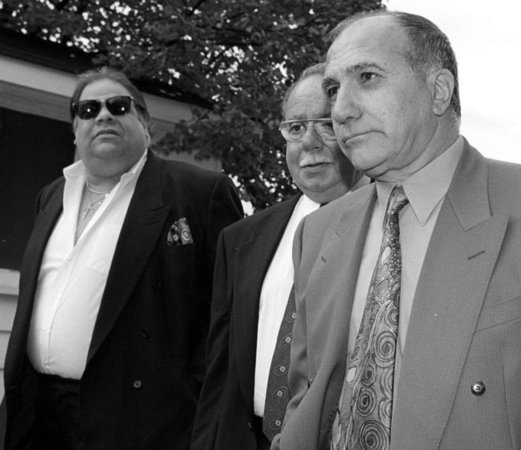 On this day in 1940 the former boss of the Philadelphia Crime Family, John Stanfa was born in Caccamo, Sicily. He headed up the family for a period of 4 years from 1991 – 1995 until he was convicted and sentenced to five consecutive life sentences.

“You know what I’ll do. I’ll get a knife…I’ll cut out his tongue and we’ll send it to the wife. That’s all… We put it in an envelope. Put a stamp on it… Honest to God.”

Stanfa first really came onto the scene in a prominent aspect when his boss at the time, Angelo Bruno was shot in the back of the head at point blank range with a shotgun. His driver, John Stanfa.

Now John managed to flee the scene without a scratch so conspiracy has taken over to whether he was in on the hit, or whether he was just spared because they were only after Bruno because he decided to resist taking the family into the narcotics business. Either way, Stanfa probably knew who killed Bruno. What we do know is that Angelo Bruno’s consigliere, Tony Caponigro was the man behind the plot and he was found a few weeks later stuffed into the trunk of a car, orders from the Commission.

Now the Philadelphia war was about to get underway in full force, as Philip Testa was the next boss to be taken out, he was blown up in a nail bomb explosion outside his house less than a year after Bruno was shot. This is where Little Nicky Scarfo stepped up to take the family over, and he would do so for 10 years until he was indicted on charges.

By 1991 Stanfa now had his chance to lead the family officially, thanks to backing from the Gambino family. Two years into the reign all-out war broke out between him and Joey Merlino, and this it was this second bout of the Philadelphia War that would leave many bodies on the street. Merlno himself was shot in a drive-by shooting but survived, however his associate Mikey Ciancaglini was killed. Following on from this Stanfa’s son was shot in the face in retaliation, but he luckily survived.

By 1994 Stanfa was indicted on several charges including murder and conspiracy to commit murder, and the following year was convicted. At this point his power declined, and New York cut off their connections. Ralph Natale would go on to take over the family, who was associated with Merlino.

John is currently at the USP at Allenwood, Pennsylvania.