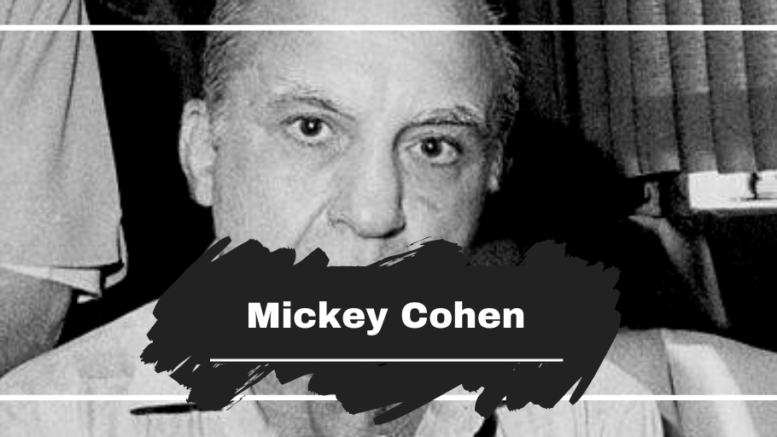 On this day in 1976 the King of Los Angeles passed away from stomach cancer, at the age of 62.

Mickey Cohen started his mob life in the early 1930’s, where he became an enforcer for Al Capone’s Chicago Outfit.

By the 1940’s he was working under Bugsy Siegel in setting up the Flamingo Hotel in Las Vegas, as well as the race wire. In 1947 the contracted hit was put on Bugsy’s head and he was killed in that same year.

Mickey Cohen reacted violently to Siegel’s murder. Entering the Hotel Roosevelt, where he believed the killers were staying, Cohen fired rounds from his two .45 caliber semi-automatic handguns into the lobby ceiling and demanded that the assassins meet him outside in ten minutes.