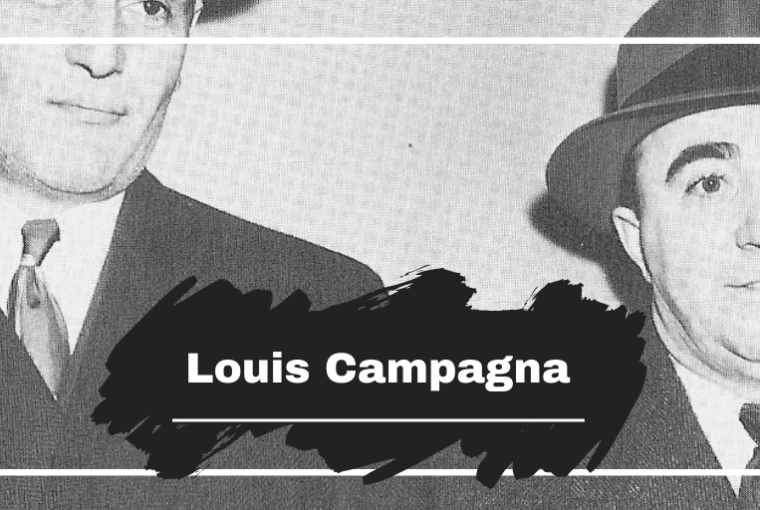 On this day in 1955 Louis Campagna suffered from a fatal heart attack at the age of 55. Campagna was also known as Little New York and served as a high-ranking member of the Chicago Outfit for over 3 decades. At one point in his early career, Campagna was Al Capone’s bodyguard.

In 1927 Campagna attempted to raid a police station with 20 other Chicago mobsters in search of Joey Aiello. Aiello had attempted to kill Capone by asking his Chef at the Lexington to poison his food, but Campagna got wind of this. Upon entering the police station the officers spotted a handgun on Campagna and put him in the cell next to Aiello. An undercover policeman in a nearby cell heard the following exchange between Campagna and Aiello, in Sicilian.

Campagna: “You’re dead, dear friend, you’re dead. You won’t get to the end of the street still walking.”

Aiello: “Can’t we settle this? Give me fourteen days and I’ll sell my stores, my house and everything and quit Chicago for good. Can’t we settle it? Think of my wife and my baby.”

Campagna: “You dirty rat! You’ve broke faith with us twice now. You started this, we’ll finish it.”

Less than 3 years later Aiello was hit with over 50 bullets as he was leaving a Chicago apartment.

Giovanni Brusca was Born On This Day in 1957