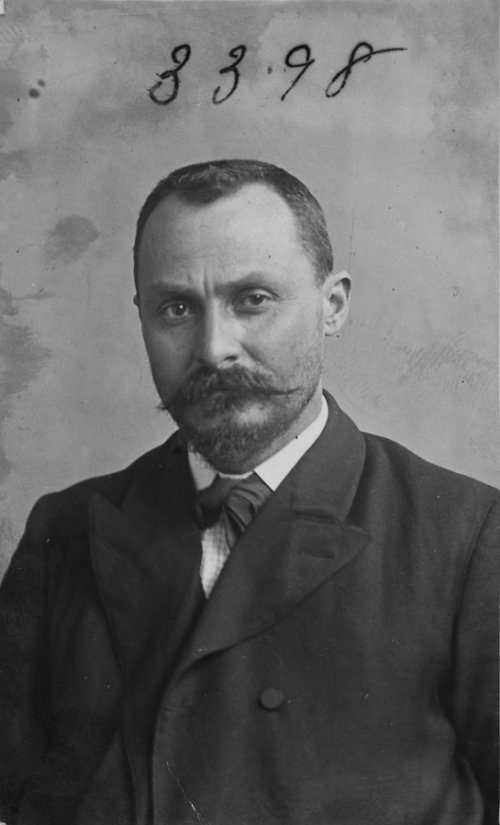 On this day in 1943 the boss of bosses known as Don Vito Cascioferro passed away, although the exact year of his death is uncertain. Many believe it was 1943 which would have made him 81 years old.

He is most noted for bringing the practice of extortion from Sicily to the United States in which business owners paid protection money to the mob. Cascioferro was also believed to have been the triggerman in the murder of Lt. Joe Petrosino, in 1909.

A semi-factual and romantic portrait by journalist Luigi Barzini contributed much to form the legend of Don Vito:

Don Vito brought the organization to its highest perfection without undue recourse to violence. The Mafia leader who scatters corpses all over the island in order to achieve his goal is considered as inept as the statesman who has to wage aggressive wars. Don Vito ruled and inspired fear mainly by the use of his great qualities and natural ascendancy. His awe-inspiring appearance helped him. … His manners were princely, his demeanour humble but majestic. He was loved by all. Being very generous by nature, he never refused a request for aid and dispensed millions in loans, gifts and general philanthropy. He would personally go out of his way to redress a wrong. When he started a journey, every major, dressed in his best clothes, awaited him at the entrance of his village, kissed his hands, and paid homage, as if he were a king. And he was a king of sorts: under his reign peace and order were observed, the Mafia peace, of course, which was not what the official law of the Kingdom of Italy would have imposed, but people did not stop to draw too fine a distinction.

During his criminal career Cascioferro has been arrested 69 times but was never charged, he was always acquitted. However in 1930 he was sentenced to life on murder. From this point onwards the last 13 years of his life is shrouded with mystery and myth with various stories of him being transferred from prison to prison, dying from dehydration, and one report saying he was left to die during an allied bombardment of the prison.

Salvatore Maranzano – The Boss of Bosses