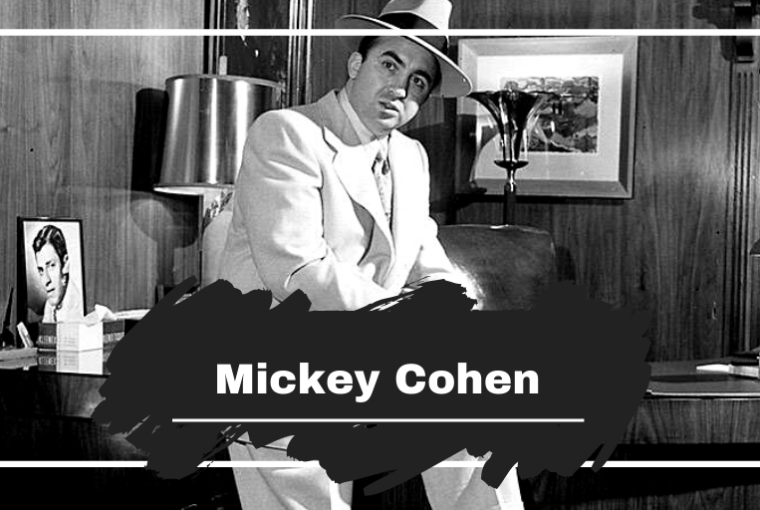 On this day in 1913 the King of Los Angeles was born, Meyer Harris who was better known as Mickey Cohen was part of the Jewish Mafia with strong ties to the Italian-American Mafia.

He operated through the 1930’s through to the 1960’s starting off his criminal career as an enforcer for the Chicago Outfit under the reign of Al Capone. By the late 1930’s Meyer Lansky had sent Cohen out to LA where he would work under Bugsy Siegel and during their partnership he would help Siegel in the creation of the Flamingo Hotel in Las Vegas.

On hearing the news of Bugsy Siegel’s death in 1947, Cohen reacted in a violent outburst, he entered the Hotel Roosevelt where he thought Siegel’s killers were staying and fired off a couple of rounds from a .45 semi-automatic into the lobby ceiling in an effort to draw out the hitmen. Nobody came down to meet Cohen and he left the scene shortly before the police arrived.

During his time Cohen ducked out of many attempts to take his life, including the bombing of his house by rival Jack Dragna. He also hired Johnny Stompanato as his bodyguard until he was killed in 1958 by Lana Turner’s daughter Cheryl Crane.

Unlike his violent life in the mob, Cohen actually died peacefully in his sleep at the age of 62, in the year 1976.

Through Their Eyes Thursday: Tony Soprano

10 Deadliest Hitmen You May Have Never Heard of Before