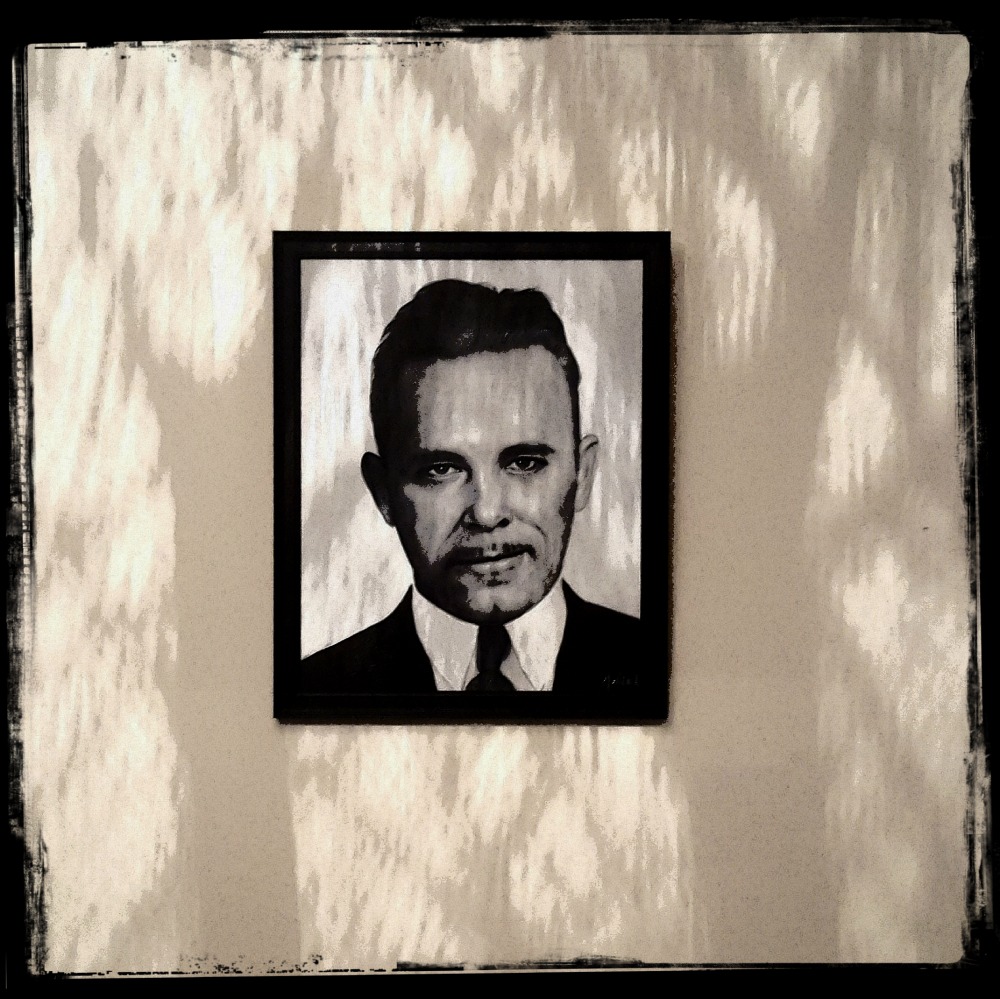 John Dillinger may have only been 31 years old at the time of his death, and that death may have occurred over 80 years ago now, but you can’t argue that the legacy he has left behind has imprinted his name deep into the annals of organized crime history. There’s something you just have to like about him, whether that was his charming persona and confident swagger, or the fact that during the severe worldwide economic depression (better known as the The Great Depression), he was immortalized by the public as a Robin Hood figure.

Or was it the fact that behind that gentleman facade a cold-hearted killer was lurking, who had a record of robbing 24 banks (including The First National Bank in Chicago), 4 police stations, and escaping from the Lake County Indiana jail in broad daylight using a wooden gun.

During 1934 we would see many notorious gangsters meet their end, some of which Dillinger worked with.

Starting off with Bonnie & Clyde who met their end in May after their car was blasted by machine gun fire.

In July you had the death of John Dillinger himself, who was given up by Anna Sage (The Women in Red) who he attended the Biograph Theater with. Anna was looking to evade deportation charges to Romania, and hoped that cooperating with the law would help her position (it didn’t). However, she did pick up $5,000 in reward money. Dillinger was shot as he left the Theater, but according to the Captain of the Indiana State Police, Matt Leech, who pursued Dillinger for years, Dillinger was unarmed and the FBI still decided to shoot and then take thousands in cash from him.

Pretty Boy Floyd was killed the day after Dillinger, in a controversial corn field shoot out which you can read about here

Homer Van Meter who was part of the Dillinger gang also met his end in a tirade of bullets in a stand-off with 4 police officers in August. Other Dillinger gang members also died in separate incidents this year, including John Hamilton, Eddie Green and Tommy Carroll.

You also had John Dillinger’s mentor, Harry Pierpont, who was killed in October trying to break out of the same jail as Dillinger succeeded in doing with a wooden gun. Charles Makley, another members of the gang also died in the escape.

Finally, the intimidating and fiery tempered Baby Face Nelson was shot and would later go on to die from his injuries in November. Baby Face was responsible for the deaths of many police officers and FBI agents from the Little Bohemia escape, to his last stance when he mowed down Special Agents Samuel Cowley and Herman Hollis.

Just missing out the 1934 list was the Barker Gang where Fred and Ma Barker were mowed down by FBI agents in a house in Florida, in January 1935.

Dillinger was one of history’s most interesting characters. So interesting in fact, that we have had him expertly made into a unique hand painted oil portrait, after all, we are here to preserve the history of organized crime so we decided to transform a picture into a painting, which seemed the perfect way to highlight that. 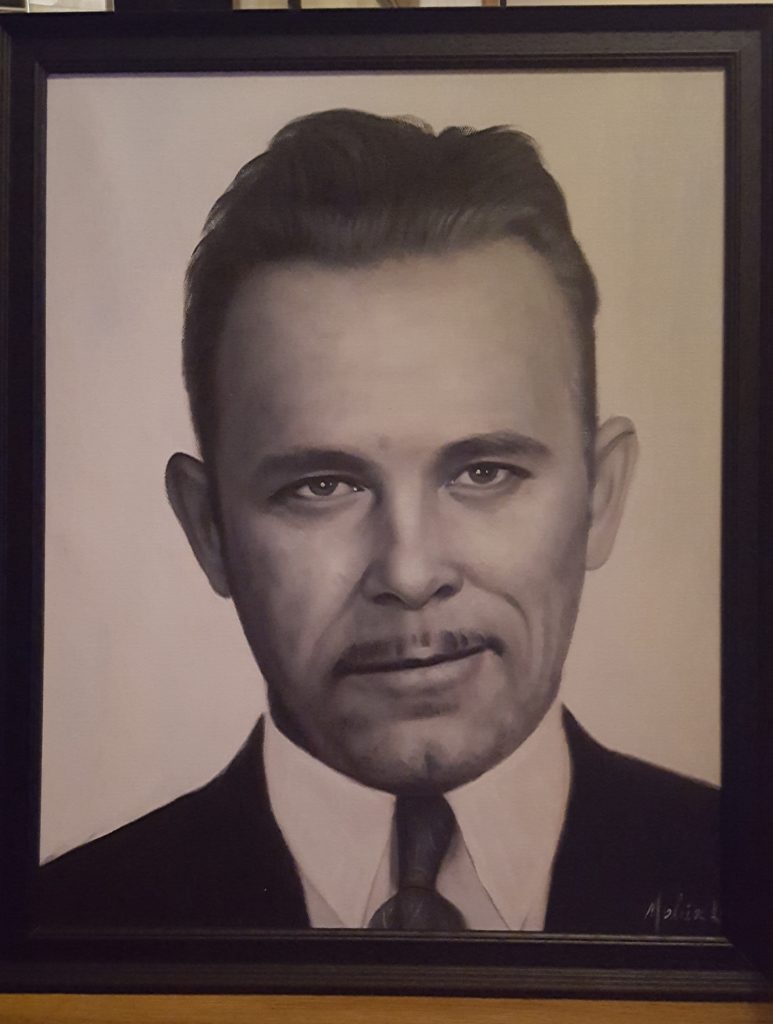 The end result was the framed painting you see above. We simply sent the photo to Portaits on Demand, which was then used by one of their talented artists to craft this timeless piece of ‘The Jackrabbit’ during a 1930’s mug shot.

A Closer Look at the Portrait 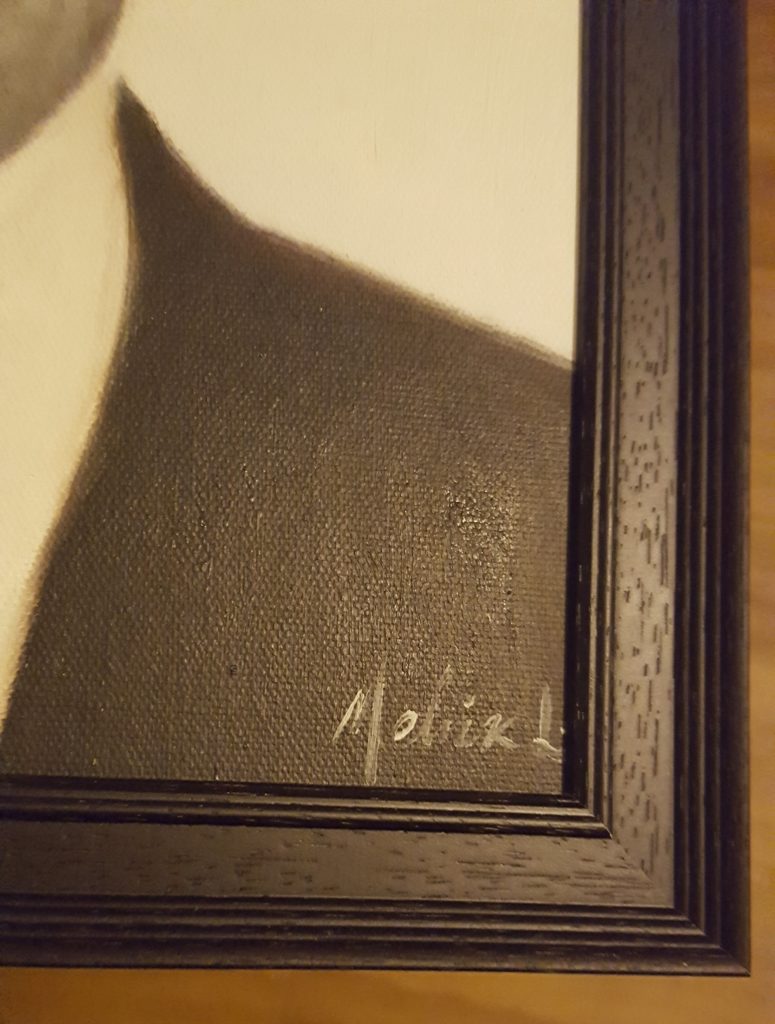 The attention to detail is breathtaking, from individual hair strands, to the pattern of his tie. Nothing was left out. What really stands out is how much like the photo of John Dillinger this painting is, the slight grin, the look in his eyes, the position of his tie. Everything is brought to life in this piece by the artist.

So you will see that investing in an oil painting like we have done, will make for the perfect birthday present or Christmas gift. Even if getting a John Dillinger portrait isn’t for you, the quality and craftsmanship will make for an ideal commemoration of a loved one, a wedding canvas to treasure your special day, or you can even bring an old family dog back to life if you wish.