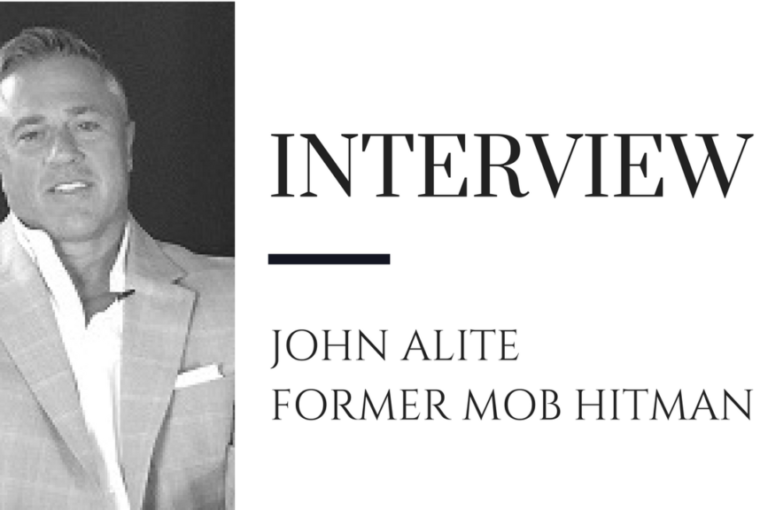 Today we have a very special guest who has agreed to take part in an NCS interview. Taking the hot seat is the former Gambino associate John Alite. In the interview you are about to read John talks about his life in the mob and what it was really like, he reveals truths about the real John Gotti, and he talks about his future plans to us. 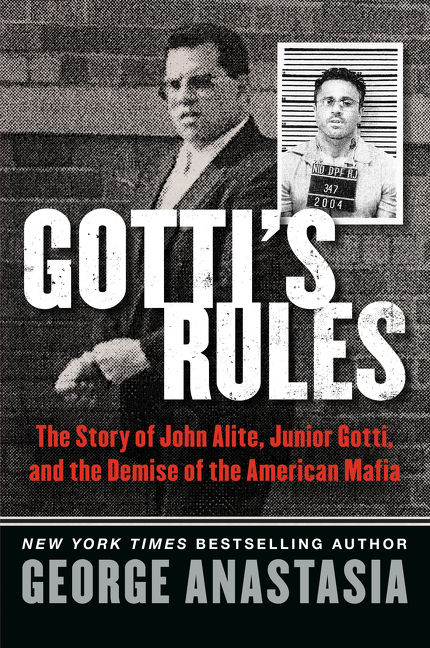 People tuning in from the UK will already be aware of John Alite as the Trevor McDonald documentary on the Mafia that aired recently starred John Alite, and was voted as the best TV show this year.

The NCS: John, thanks for taking the time out to speak with us at the NCS we really appreciate this opportunity. Firstly, can you take us back to where things all started out for you, how did you get involved in this type of life?

John: I got involved as a kid exposed to the Mafia from my uncle and his partner who was a wiseguy and cousin to Lucky Luciano…. I was involved with John Gotti sr and all his brothers and his son. In the 80s I started bookmaking on what they call a half sheet for Sr. Gotti’s sports office and his partner Willie Boy Johnson.

The NCS: A question everyone would ask you given the opportunity, what was it like to work for John Gotti? Did you have much involvement with him during the 1980’s?

John: At first I looked up to Sr. Gotti then I started seeing him for what he was. A fraud. A fake. A façade. His guys that were older started whispers in my ear that he was only for himself. That he doesn’t shoot or put in the violence. Only they do and me eventually.

The NCS: Since being released in 2013, and trying to live a “normal” life, how hard as it been for you to adapt to this new way of living. What have you found the hardest to adjust to?

John: The hardest adjustment is listening to big mouths that think they understand the life and know what it was like killing and shooting dozens of guys and all the rest of the violence with bats or knives, pipes etc. But yet they never did and have an opinion about what really happened with no knowledge or understanding of what it was or is. Yet they talk and challenge the adjustments. But couldn’t spend a day in my shoes. They think being loud or boisterous is a tough guy. It’s quite opposite actually. Gotti was a big mouth that destroyed us and the mob. That is his legend. Perfect example of what not to do. The hardest thing I think is to try to use self-discipline not to fall into old habits with reaction before thinking first. Then react. Especially when it’s your life on every move you make now with self-control. For you to expect people will pre judge you before they know you.

The NCS: You must have seen and heard plenty of events during your time as Gambino associate, what were the main events that stick out most in your mind that you were either part of, or witnessed?

John: I think the most things I witnessed were no loyalty in a life I was brought up believing was our oath and motto. Gotti showed me by example was bullshit when he let his guys get killed and didn’t retaliate because he was worried how it affected his money. Then watched how he ordered our own guys killed. But always found a way to point and blame one of his so called trusted guys. Looking back now I see how laughable his reality of his legend is and the truth is so opposite.

The NCS: Is there anything that you regret from your time in the mob, or wish you had done differently?

John: Yeah I regret that I tried treating and loyal to mostly scumbags around me that didn’t reciprocate. Because they are not capable. For most part they are garbage that’s why they flock to the streets. Like my own cousins family members and close street friends. I realized they only stayed close to me now cause I was wild and earned and they were really weak n couldn’t last on their own. Guys like Keith and Joe’s of the world needed to exist like the Gotti’s off of men like me who are out front doing the violence while they talk like they did. It’s a shame for kids to waste their life believe in this nonsense. We need to teach them not to believe but listen to experience like mine. It took a bit over a year of constant back and forth discussion from George and myself and other sources George spoke with.

The NCS: Gotti’s Rules is your first book that was released earlier this year, written by George Anastasia. How long did it take you from start to finish to getting this book released, and what can our visitors expect to read.

John: The people can expect to read of Rules that Gotti constantly contradicts that he was a user n manipulator who could care less for anyone but his pocket. That the violence is an everyday occurrence and almost natural as eating or sleeping.

The NCS: One of the questions we always like to ask people in the hot seat is if you could go back and live during any period in the 20th century, which decade would you choose and why?

John: I’d say the 50s because it was wide open on the streets after the 2nd war and things in this country were on an up. I think there was more of a family value n more of a code and believe at one time existed in the streets that today is gone.

The NCS: And, if you had the chance to sit down with any mobster from the past, who would it be and what would you like to ask them?

John: I’d say at this stage and what I know it would be Sr. Gotti to expose the man behind the downfall of the mob. His mouth will be forever known to ruin the mafia forever. The guy who never retaliated against his men being killed ever. That is a fact!!! Ask Frankie DeCicco’s family and Bobby Briello or Eddie Linos. Or Greg Reiters mom. Her son called him Uncle John. What a joke… This guy had loyalty to none of them or their families. I’d ask him who you ever personally shoot or kill?? No one. He is a fake.

The NCS: As a mob site a lot of people stop by and read these interviews, and want to live the life you had. What would you say to people who wanted to get involved in organized crime?

John: This life I’d say jump off a skyscraper first. It’s quicker far less suffering and at least you know your destiny. This is pain in every direction of your life. Don’t be a fool. Go to work and school. Stay with decent people and grind your way up the right way. There is no short cuts without a piece of you coming off.

The NCS: What would you say has been your most successful achievement over the years?

John: I would say no doubt talking to kids that are from the streets who know I been there and can help them turn it around before it’s too late.

The NCS: Finally John, looking back at the life you have had and managing to not only escape death in a lifestyle where you are constantly watching your back every day, but also outliving most of your fellow mobsters …would you do it all over again if you could?

John: I would do it all over again only as a lawyer on the right side of the street not in the gutter. Last place you would find me is the streets.

The NCS: Thanks for taking time out to join us John, and we wish you all the best for your future.

John: Thank you for the interview. My best to the kids out there and hope you take my advice. Please contact me to talk if you need help getting in the right direction (www.JohnAlite.com). My next 2 books will be out here by spring and summer of 2016. I’m currently working on them. Thanks again.

Catch up with latest news on his website: www.JohnAlite.com

Through Their Eyes Thursday: Carlo Rizzi