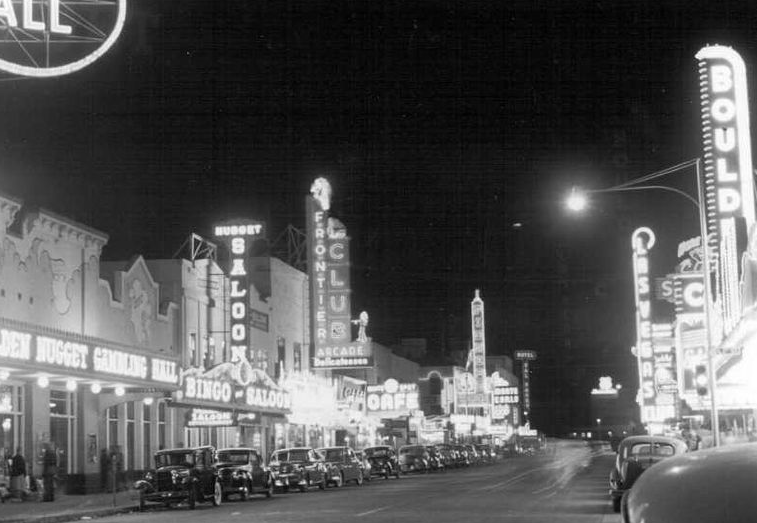 The mafia have been linked with the gambling industry for large periods throughout history.

While mafia influence has faded in gambling cities such as Las Vegas in more modern times, traces of criminality certainly remain in places like Sin City.

Perhaps their focus has shifted into the growing industry of online gambling. Who knows how many of the current crop of online casinos are actually run by the mafia. The ownership of a lot of these online sites is something of a mystery as they tend to be run by holding companies.

Let’s take a look at three of the most famous mafia controlled casinos from history.

When it opened towards the end of the 1960s, the Stardust Resort and Casino became the biggest facility of its kind in Vegas. Its signage was one of the most famous sights in Vegas.

Originally conceived by Tony Cornero, whose controversial history included being imprisoned over bootlegging charges, the development of the Stardust later passed over to Moe Dalitz when Cornero died before the building had been completed. Known as Mr. Las Vegas, Dalitz was one of the most infamous gangsters of the era.

The Stardust had more than 1,000 hotel rooms, making it one of the best places to stay in Vegas, while it also featured a 140-foot bar and a 16,000-square-foot casino.

What drew the crowds to the mafia controlled casino, though, was the Lido de Paris.

Featuring topless dancers, it was the first revue of its kind to open in Vegas. There was also the only first-run drive-in theater at the Stardust, which Howard Hughes even attempted to buy.

The Stardust grew throughout the 1960s, with a number of new restaurants added to the site, while a nine-story tower was created too.

Not only was the Stardust also the first place that keno was played on the Strip, the Stardust International Raceway in Spring Valley extended its influence on the gambling industry.

At the end of the 1960s, the Stardust was snapped up by Parvin-Dohrmann Corporation and after a few years it changed hands again with ownership passing to Al Sachs and Herb Tobman.

Eventually, the Stardust was usurped by newer casinos and it closed down in 2006. The history of the Stardust resort was heavily mined for the film Casino – directed by Martin Scorsese and starring Robert De Niro – which is one of the most famous movies about the mafia.

While the Stardust’s mafia history was made even more famous by the release of Casino, the Flamingo’s links to the mob cannot go under the radar at all.

Gangster Bugsy Siegel was one of the most influential figures in the early days of Vegas. In the 1940s, he teamed up with Meyer Lansky, another mafia figure, in order to create the Flamingo.

Siegel’s first move in Vegas was the purchase of El Cortez on Fremont Street – for which he paid $600,000 – but he was blocked from developing the site by worried city officials. Siegel’s attention instead turned to the Flamingo, where he allegedly insisted on the inclusion of a secret ladder in the casino’s Presidential Suite, so he would be able to escape if necessary.

The Flamingo Hotel & Casino opened in 1946 with a total cost of $6 million spent on its development. Even though it was a few miles from Downtown Vegas, the Flamingo became the first luxury hotel on the Strip and helped to set the tone for what Sin City could become.

Remarkably, Siegel would be murdered in Beverly Hills, California, just a matter of months after the Flamingo opened. Being a gangster involved in Vegas back then was very risky business.

The last of the famous mafia controlled casinos we are going to talk about is the Tropicana.

Opened in 1957, the Tropicana was developed by Ben Jaffe, who was an executive of the Fontainebleau Miami Beach, but he soon got Phil Kastel involved in the casino.

Kastel was treated suspiciously by the Gaming Control Board due to his links to organized crime and the Tropicana quickly gained a reputation for being run by the mafia as a result.

The Tropicana was allegedly used for skimming for the Kansas City mob with Frank Costello one of the key figures to be involved at the site.

After links to the mafia were exposed by an FBI investigation at the end of the 1970s, hotel chain Ramada Inns took over the site.

Nowadays, the Tropicana Las Vegas is operated by Penn National Gaming and owned by Gaming and Leisure Properties.

The Most Common Weapons of the Mafia

Movies To Watch If You Loved Narcos 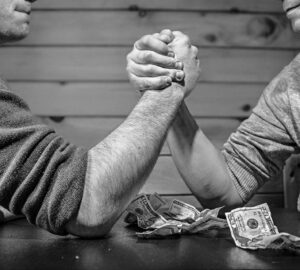