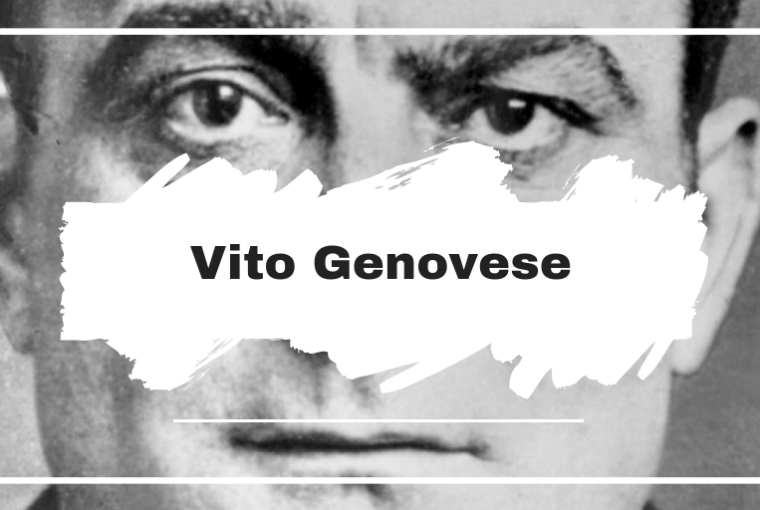 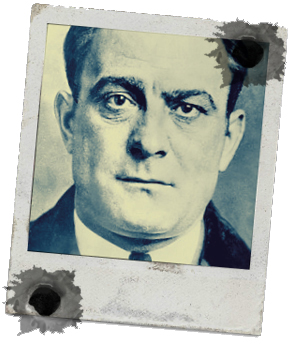 Vito Genovese was born on November 21st 1897 in Rosiglino, Italy. He came from a medium sized family, and had two brothers, one of which (Carmine) would become a part of the Genovese Crime Family.

At the age of 15, and like so many other mobsters of his era, the Genovese family moved to the USA. His family settled in the Little Italy part of Manhattan, which was a popular place for Italian immigrants that were looking for better lives in the US.

From a young age you could tell that Genovese was going to become a criminal figure, and he started off running small crime errands for the Mafia up until his late teenage years where he would collect money from people who played the numbers.

Working For Joe The Boss

Vito’s step on the mob family ladder came in the early Prohibition Era, where he ended up working for Joe Masseria, alongside his friend Lucky Luciano who he met a few years previous.

Genovese was a stone cold killer, let’s not beat about the bush here, the guy was a pure murderer and it was this trait that would propel him up the organized crime ladder. Joe The Boss instantly saw this, and used it to his potential.

In 1930, one of Joe The Boss’ allies, Gaetano Reina, had secretly moved allegiance to Salvatore Maranzano, who was involved in a power struggle with Joe The Boss over bootlegging operations. It was then, that Joe The Boss decided to order a hit on Reina, and Genovese was to become the hitman.

In late February of the same year, Genovese shot Reina in the back of the head after leaving an apartment, instantly killing him, and allowing Joe The Boss to gain control of the Reina Crime Family.

The war had been raging for some years, with reports dating back to 1927, but it was early 1931 when we saw the Castellammarese War reach its worst point.

The war was between Joe The Boss and Maranzano, and by 1931 Genovese and his partner in crime Luciano, decided that for the future of the mob it would be best to assassinate Joe The Boss and put an end to the bloodshed of the war.

On April 15th 1931, Joe The Boss, two of his associates and Lucky Luciano were sitting down playing a game of cards in a Coney Island restaurant, when Lucky took a trip to the bathroom mid-way through.

This was a sign for gunmen Genovese, Albert Anastasia, Bugsy Siegel and Joe Adonis to rush in and fire off rounds at the crime boss.

As quickly as the four hit men entered, they left, with the murder of Masseria never being sold.

During the time after his death, Maranzano had become The Boss of all Bosses, and was the man responsible for creating the Five Families to help better organize the mob. Genovese would become the underboss to Luciano in the Luciano Crime Family.

It wasn’t more than 6 months after Joe The Boss’ passing, that Genovese and Luciano got together again, this time to plan the assassination of Maranzano. At the time, Maranzano was getting greedy with money, and the power had gone to his head. He was also nervy of an up and coming Lucky Luciano and Lucky actually found out that Maranzano was planning to kill him.

In September 1931, Lucky, Genovese and Frank Costello were planning to attend a meeting in the Manhattan office of Maranzano. Thinking that Maranzano was going to dispose of the three mobsters there and then, Luciano got a team together and with the help of Joe Bonanno, the hit men were able to identify Maranzano.

Hiding Out In Italy

A few years had passed by since the two old-world bosses had been murdered, and since then the mob had undergone some major reorganizing. Genovese, in 1936 had the chance to stand in for Luciano as an acting boss of the crime family, as Luciano has been sent to prison for 30 years.

In the same year Genovese had become a US citizen.

It wasn’t long after that things took a downward spiral for Genovese, who ended up escaping the clutches of the law and taking a trip back to Italy. A couple of years early in 1934, Genovese had murdered a mobster called Ferdinand Boccia, and now he was facing prosecution.

Frank Costello now stepped up as the acting boss of the Luciano Crime Family.

While spending some time in Italy, Genovese continued to be a powerful force and teamed up with the Sicilian Mafia who he helped run numerous racketeering projects and black market operations. He even became friends with the Italian dictator Mussolini.

With Genovese as a friend, Mussolini could use the violent traits of the mobster, and he did in 1943 when Genovese ordered a hit on a newspaper publisher who was an enemy of Mussolini. Even though no-one was convicted of the murder, many reports favoured future Genovese Crime Boss, Carmine Galante as the trigger puller.

Moving Back To The USA

After his return to the big apple, the military police managed to pin an arrest on Genovese for the murder of mobster Boccia. This came about as Ernest “The Hawk” Rupolo had become a government witness after facing a murder charge and helped the government with their enquiries (he used to be part of the Genovese Crime Family).

In June 1945, Genovese pleaded not guilty to the murder of Boccia. Two witnesses for the prosecution, Jerry Esposito and Peter LaTempa had been found murdered days after the hearing meaning that the case and charges would have to be dropped, and Genovese would escape the electric chair.

After being released from custody, Genovese had one thing on his mind, and that was to regain the acting boss position of the Luciano Crime Family, which was now occupied by Frank Costello. He rejoined the ranks as a capo but wasn’t satisfied at this position, but Costello would soon make him an underboss when Costello’s current underboss, Willie Moretti was killed by the mob due to his testimony in the famous Kafauver Hearings.

Taking Out Costello and Anastasia

By the mid 50’s Genovese was now targeting the crime family boss, Costello, but this wouldn’t be easy as he had many allies who were standing in the way. One of those allies was one of the most feared mobsters of all time, and former boss of Murder Inc, Albert Anastasia.

Much like the Genovese/Luciano conspiracies in the 1930’s, Genovese this time turned to Carlo Gambino (Anastasia’s underboss) to talk about a hit on Anastasia.

On May 1957 Genovese had ordered Vincent Gigante, a mobster who would go on to run the family in later years, to take out Costello.

Costello was in the lobby of his apartment building and Gigante was waiting to step out his vehicle, upon doing so he shouted towards Frank “This is for you Frank”. Costello turned his head and the bullet grazed around the side and back of his head. Costello dropped to the floor and Gigante made a run for it.

Lucky for Frank, the fact that Gigante shouted to him, was the event that ended up saving his life. If he hadn’t of turned he would have been killed.

This was enough to make Costello step down as acting boss and hand over the family to Genovese, who then made Anthony Strollo his underboss.

The biggest downfall for Genovese was the Apalachin Meeting, which was a meeting that would see the mob unveiled to the public, and the arrest of several high-ranking mobsters including mob bosses.

He called for the meeting in which he wanted The Commission to make him official boss of the Luciano family, as well as promoting Gambino the boss of the Anastasia Crime Family, after the Anastasia assassination.

The main issue was that the New York State Police noticed all these expensive cars travelling to a rural part of the Apalachin village, which sounded alarm bells. The police raided the venue and made several arrests, Genovese managed to escape the scene, but only just.

Luciano, even though in prison, and watching his crime family taken over by Genovese still had a lot of power and a few tricks up his sleeves. On 1958 he would plan Genovese’s demise by getting his convicted of narcotic charges, and he did.

In 1958 Genovese was sentenced to 15 years in prison, but still held control of the family from inside his cell. He would then go onto order two murders. The first being Anthony Carfano in 1959 who was against the murder attempt of Costello and decided to give the Apalachin meeting a miss, Genovese decided to have him killed (I told you he was an outright murderer!).

The other guy was Strollo in 1962, who Genovese thought had been part of the Luciano plot to put him in prison.

By now Genovese was getting out of control, and it was a third alleged murder threat that would lead to the public seeing more of the mob.

A threat towards mobster Joe Valachi was made for being an informer, him and Genovese were jailed in the same prison and Genovese kissed Valachi on the cheek (the kiss of death). At this time Valachi’s nerves were shot and he ended up killing another inmate who he thought was hit man hired by Genovese.

Due to the murder of this inmate, Valachi was facing a life sentence, and it was because if this sentencing he decided to become a government witness, exposing the mob for the first time on national TV.