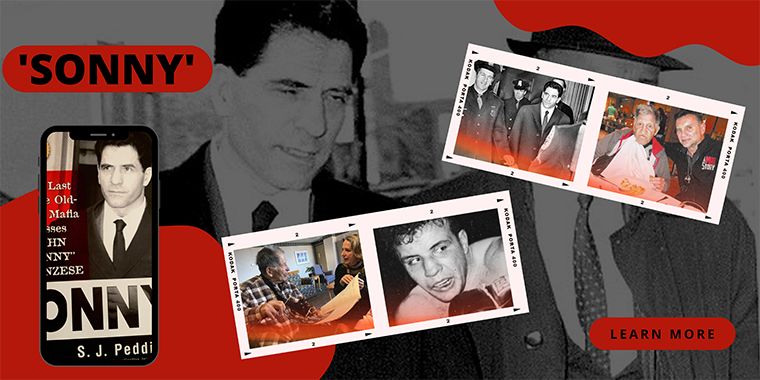 ​Based on exclusive interviews before his death in 2020 at the age of 103, SONNY is the first biography of legendary mob boss, John “Sonny” Franzese. 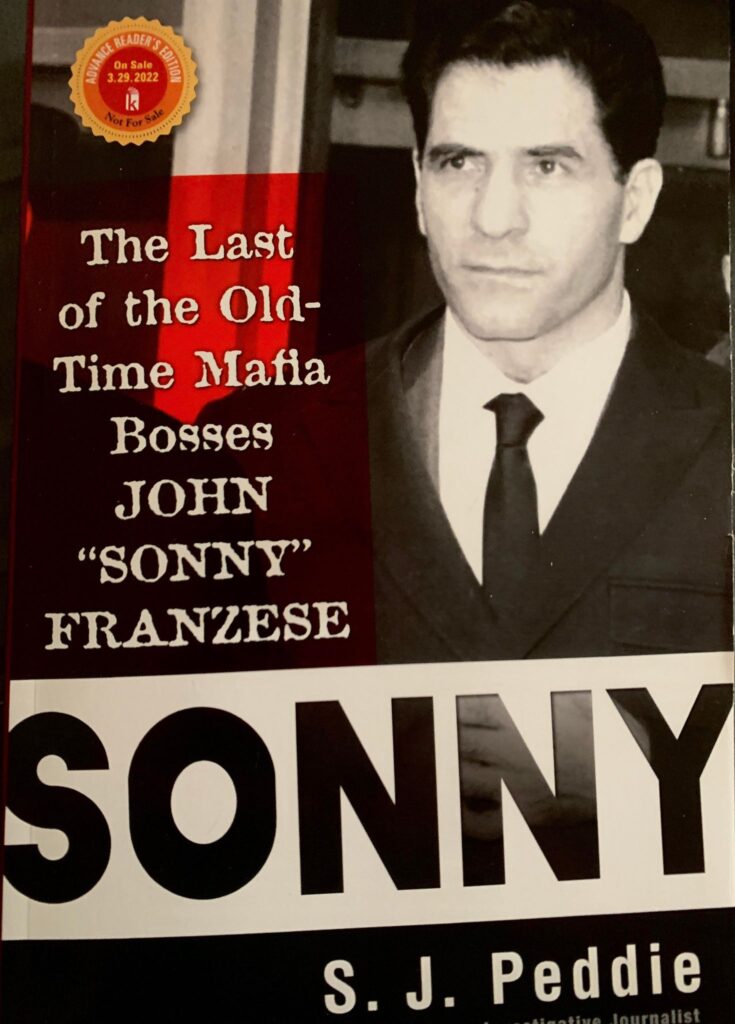 As the underboss of the Colombo crime family, he was respected both by street guys and law enforcement alike. He was an unabashed bad guy, admitting many crimes, but never once violated his oath to the Mafia.

​Author Sandra “S.J.” Peddie supplemented her interviews by combing through thousands of pages of records and interviewing 130 of Sonny’s friends, family members and antagonists. She reveals some shocking secrets:

• How he was betrayed by his favorite son

• How Sonny spent years behind bars for a crime he insisted he didn’t commit, and still managed to make millions for the mob

• His glamorous nightlife and the celebrities who loved him

Authorities believed he may have murdered 40-50 people, and undercover tapes showed that he took a particular pride in his work. At the same time, he was capable of kindness. He helped boost the careers of Black singers like Sam Cooke and the Supremes because he always believed in helping underdogs.

S.J. Peddie is an investigative reporter at Newsday Media Group and a Pulitzer Prize finalist for a series of stories on police misconduct. Inducted into the Long Island Press Club Hall of Fame, she’s the recipient of the National Headliners, Casey, Scripps Howard, Silurians and New York State Newspaper Publishers Association Awards. I

The Mafia & Casinos: How Were They Connected? 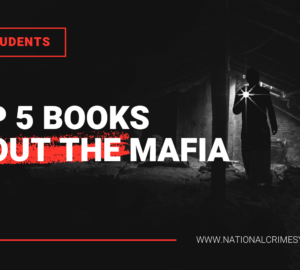