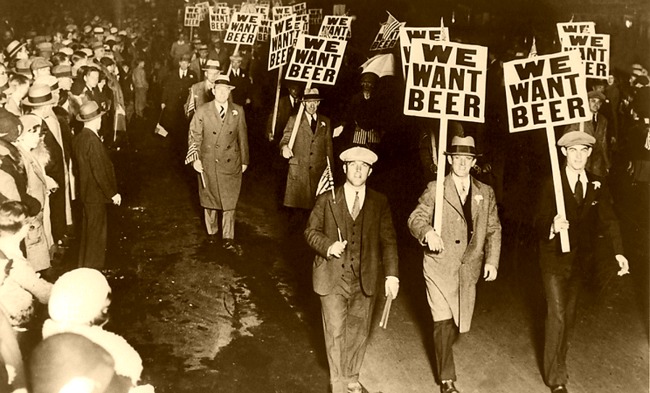 Prohibition started on January 17th 1920 in the United States of America. This was when the Eighteenth Amendment was put into action which put a ban on the sale, manufacture, and transportation of alcohol until 1933 when the Twenty-First Amendment ended the Prohibition era.

During Prohibition a total of 1,520 Federal Prohibition agents were given the task of enforcing the law, however private ownership and consumption of alcohol was not made illegal.

Putting a ban on all these aspects of alcohol was meant to help reduce crime but instead it fuelled the fires of organized crime in the 1920’s when businessmen such as Arnold Rothstein saw the potential behind the act, and he ended up running successful bootlegging operations with massive profits.

One thing Prohibition did was reduce the amount of alcohol consumption but by 1925, in New York City alone, there were anywhere from 30,000 to 100,000 speakeasy clubs most run by the mob.