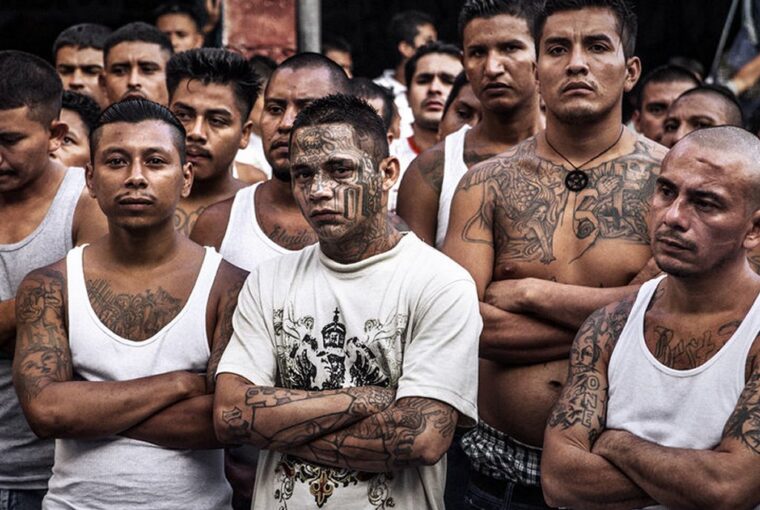 MS-13 is one of the world’s most feared and violent criminal outfits and boasts 70,000 members around the globe, with its roots first being grown outside of LA back in the 1980’s. A gang that was founded by members from El Salvador, is still rapidly growing.

The Gang was founded by Ernesto Miranda, aka “Smokey,”. Ernesto at the age of 38 was actually trying to turn his life around after he was deported back to El Salvador in 2004. He began studying law, and became a doting father. However in May 2006, he was shot dead hours after turning down an invitation to celebrate the prison release of an MS-13 gang member. Killed by his own creation.

The name, Mara Salvatrucha has been up for much debate on what it actually means. Mara means gang in Caliche slang, and Salvatrucha could refer to the merger of two words which are said to be ‘Salvadoran’ and ‘Trucha’ (Caliche for alert). Caliche is a type of Spanish language spoken in El Salvador.

Finally, the number 13 isn’t just an unlucky number should you cross them. The letetr M happens to be the 13th letter of the alphabet.

“In my 30 years of law enforcement, I’ve never seen a more violent gang out there. These are very very violent individuals. The violence is unspeakable.” ~ Police Lt. Col. Frank Hughes

To join the gang, a ritual must take place. This ritual is a 13 second beating, by other gang members, and also a crime must be committed (usually murder). Once you are in, your are in. Trying to leave the gang, usually ends up in a brutal death.

How Can You Spot a Gang Member?

They are quite easy to identify as most of you already may know. Their intimidating look made ip from large tattoos which cover most of their body and faces, including the gangs name MS-13, or Mara Salvatrucha.

The gang, notorious for brutal killings, is believed to have an annual revenue of over $31million from activities such as murder, racketeering, drug trafficking, human trafficking and prostitution.

They are also constantly making the news through violent indidents, some of which we have listed below:

The King Chronicles – Episode 3: The Family Has Many Toes

Who are the Bloods & Crips: What They Stand For & How They Started