What was the Mafia Ten Commandments?

In 2007, Italian police arrested Salvatore Lo Piccolo, who was the alleged boss of the Sicilian Mafia. During the raid they found a list of ten commandments that Mafia members had to abide by.

1. No one can present himself directly to another of our friends. There must be a third person to do it.

2. Never look at the wives of friends.

3. Never be seen with cops.

5. Always being available for Cosa Nostra is a duty – even if your wife’s about to give birth.

6. Appointments must absolutely be respected.

7. Wives must be treated with respect.

8. When asked for any information, the answer must be the truth.

9. Money cannot be appropriated if it belongs to others or to other families. 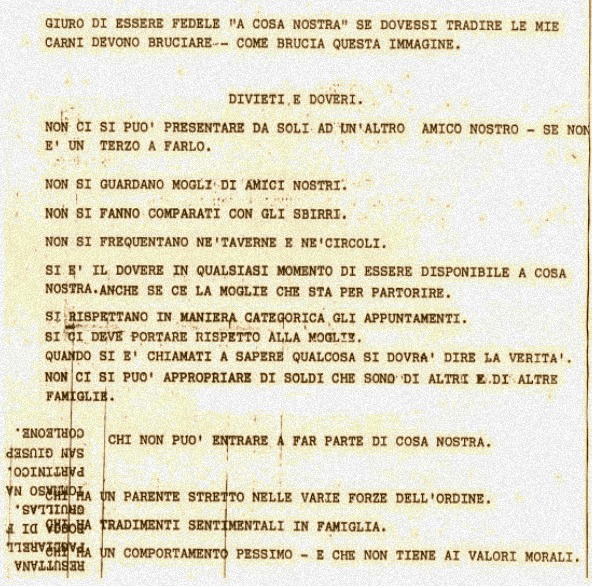