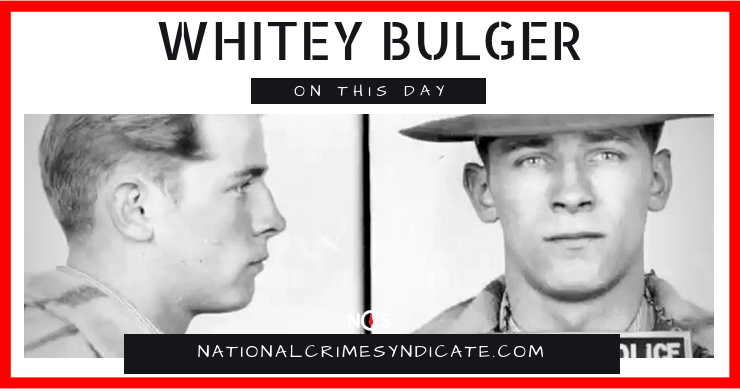 Whitey, the former leader of Boston’s Winter Hill Gang, who was finally captured in 2011 after 16 years on the run has been found dead in his cell. As of yet no further deauls have been revealed other than an inmate with Mafia ties being brought in for questioning. Whitey Bulger, who inspired the film Black Mass featuring Johnny Depp, and the Academy Award winning, The Departed, was killed the same day in which he was transferred to a West Virginia penitentiary that is heavily understaffed.

UPDATE: Unconfirmed reports are saying that Whitey, who was wheelchair bound, was wheeled away and has his eyes gouged out before being beaten to death with a padlock placed inside a sock.

Bulger was indicted for 19 murders based on a grand jury testimony from Kevin Weeks and other Mafia associates.

In 1974 Bulger partnered with an mobster by the name of Flemmi who had been an FBI informant since 1965, just 3 years prior to this the FBI approached Whitey to try and recruit him, but failed. Whitey would eventually become an informant in the mid 70’s. From 1975 until the early 90’s he helped tip off the police to the Patriarca Crime Family, while at the same time he was allowed to build his own crime network..

In 2013 Whitey was found guilty on 31 counts which included federal racketeering, extortion, conspiracy and 11 of the 19 murders. The other 7 he was found not guilty of. At the end of November that same year he was sentenced to two life sentences and a further 5 years on top of that .