People with a vague idea about hunting may assume there is nothing more to it than finding an animal, shooting it, and bringing it home. Such a statement couldn’t be further from the truth, for hunting is an incredibly varied activity with a whole compendium of tactics, techniques, and goals, different for every type of hunting. People have been hunting for millennia and, even at the very beginning, this activity could boast a variety of methods. As time marched on, more tools came into our possession, and we learned more about animal behavior. Those factors naturally led to the diversification of hunting techniques and gave people a wider choice of prey and safer means of hunting. Today, we enjoy the plethora of hunting options in a variety of fields: weapon, game, area, tactics, methods – the list goes on and on. GritrOutdoors.com prepared a short introduction to the most popular methods of hunting in the USA. Novice hunters can get to know what options they have, and avid hunters can nod knowledgeably because everything listed below is quite familiar to them.

As a brief explanatory note, we need to mention that we won’t cover all types of hunting. Type is a broad and ambiguous notion that could incline us to write about practically anything related to hunting. Deer hunting could be called one of the types on the same terms as tree stand hunting. But only one of those describes a method, while the other covers the targeted game. You don’t need to read an article to know that people hunt deer, wild boars, moose, elks, coyotes, bears, even squirrels, and wild pigeons – basically, anything they can find. That’s hardly informative. The method describes the approach one chooses when doing something and the techniques involved, not the pursued goal.

It might seem irrelevant for a passer-by uninitiated in the sacrament of hunting, but the type of weapon determines a lot of other choices you are going to make, beginning with apparel and other hunting gear and ending with hunting techniques. Weapon options we have are much more varied than those of our ancestors, yet there are two primary categories of hunting weapons.

Firearms are by far the most popular type of weapon preferred by the majority of hunters. Guns allow you to keep your distance so as not to startle an animal, which is a major advantage considering how sharp their senses are. Firearms are also very impactful weapons that can do away with an animal in one shot, which is both efficient and humane. They are also very space efficient, so you can carry even the biggest ones over your shoulder without exerting too much effort. American people have been using firearms for hunting since the very moment they became widely available, which is a couple of centuries already. Yet, firearms are not a homogeneous group of weapons, and hunters may use pretty much every type of firearm when hunting.

Rifle hunting is probably the most popular method, chosen by millions of hunters worldwide. The obvious reason for rifle popularity is the effective distance: these firearms can shoot a bullet with exceptional accuracy and power farther than any other type. You can stand as far as 500 yards away or even farther and still land a precise shot. Rifles are particularly popular with big game hunters.

Shotguns lack the effective distance and accuracy of a rifle, but those are not the aspects appreciated in them. Shotguns are indispensable for hunting all species of waterfowl and migratory birds, both because of their effectiveness and prescription of the law. You can’t hunt birds with anything else, but it’s not like you’d want to. Birds make for difficult targets to land a single blow, and shotguns solve these problems by shooting multiple projectiles at once.

Then, there are handguns. Handguns are not particularly popular with hunters, not with avid ones, for sure. You can hunt small game with them, but only utilizing special ammo – regular self-defense cartridges won’t do. However, Magnum caliber handguns make for fine defense weapons against predators, so it’s not uncommon to see a hunter carrying both a rifle and a pistol or revolver.

Even though not the oldest type (spears were invented earlier), bows are always thought of when ancient hunting is mentioned. However obsolete it may seem to some people, bow hunting is very much alive and kicking. It’s more arduous to master archery than firearms, hence the popularity of the latter, but bow hunters enjoy a longer hunting season and bragging rights for proficiency with bows and arrows. You’ll shoot slower with a bow, but hunting was always about precision, not the rate of fire. Bows are incomparably more silent, so you won’t need to worry about your hearing.

Tactics describe the manner in which you are hunting in a more general way, not including specific tricks you might use. While the interpretation of this word’s meaning in hunting can differ, we’ve chosen the movement as our differentiating factor.

Active hunting is just what it sounds like, a process of actively seeking quarry to shoot. It involves a lot of movement as hunters might cross miles of rugged terrain before coming across a track to follow or the animal itself. You’d need to choose apparel with good ventilation and, if the weather obliges, insulation, something that doesn’t hinder your mobility. The apparent advantage of this method is that you get to see the mesmerizing natural landscapes while having a bit of exercise. You also cover more territory, which technically increases your chances of finding an animal. While a lot depends on your skills, hunting is a thing of chance, and it might happen that all the animals just turned out to always be in a different part of the forest. But at least you had a nice walk.

Bait hunting is the direct opposite of active one. Instead of seeking an animal yourself, you wait for it to come to you. It would be somewhat pointless to wait for this moment without doing anything to accelerate it, but that’s what the bait is for. The laws on bait hunting differ from state to state, so make sure to check them before getting down to it. This method requires patience and endurance since you will spend a lot of time in one place waiting for your prey to come. It’s also important not to lose your concentration doing things to pass the time so as not to miss the moment you came for.

Dislocation covers several places where you will patiently wait for an animal to come in your shot range. It doesn’t necessarily need to be bait hunting since many hunters put their temporal watch posts near a game trail or food source. As with bait hunting, some states impose certain restrictions on when and where you can use the things we mention further. Check out the regulations in advance to avoid having your hunting experience disturbed by an unpleasant meeting with a game warden or whoever monitors compliance with laws in your area.

A treestand is a platform secured to a tree that provides a hunter with a vantage point. There are many varieties and configurations that we won’t cover in this article since they all perform the same function. The apparent advantage of a treestand is better visibility. You can see and shoot further from an elevated position and also have more angles to shoot from. If you are hunting bigger animals, they won’t think of looking up since all their natural predators are land animals. However, treestands are not the most portable pieces of equipment, and depending on your environment, it might be complicated to find a suitable tree. Treestand accidents are also not unheard of, but, more often than not, they happen because hunters don’t wear safety harnesses.

A ground blind is a camouflaged tent-like structure that conceals you from the observant eyes of the animals you hunt while allowing you to shoot right from it through apertures. Such blinds are easy to set up, don’t need surrounding trees to work, and can protect you from the elements. Hunting with blinds is not without its drawbacks, limited visibility being one of them. Nonetheless, it’s one of the most popular methods to hunt a deer

Why Should You Read Customer Reviews While Buying THC Cartridges? 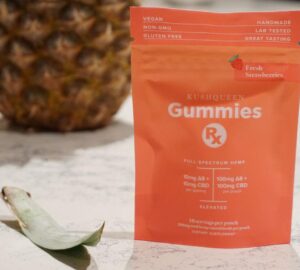