Episode 2: On My Own

Before I share anything more from my past, I need to explain something that will play a factor in every story I tell.

My mother, Grace Tocco, was 100% Sicilian and the oldest of 5 siblings. Her parents, Old World Sicilians, expected her to grow up and marry a nice Italian man, preferably one from the “Family.” But it didn’t work out that way. My mother was a smart woman, a school teacher, and she’d seen how the men involved in the “Family business” often ended up in prison or… worse. So instead, she married my father, a lab technician that she met at a local skating rink. My family didn’t like him from the beginning. My uncles Salvetore and Pete especially didn’t like him. My father actually got drunk at my parents’ wedding, and my uncles had to be restrained to keep from beating his ass.

My father ended being physically and verbally abusive to my mother, but my mother hid this from the Family because she knew what would happen. My uncles would go to pay him a visit. I actually just spoke to my father a few days ago, and he admitted that he was lucky my mother never told the Family how he treated her, because he may have “disappeared.” My father was exactly like Connie Corleone’s husband, Carlo Rizzi, in The Godfather.

Because my mother defected from the Family and married someone from outside the Borgata, she ended up being ostracized by much of the Family. So when her marriage took a turn for the worse and my parents divorced, she was pretty much left to fend for herself. My mother ended up getting us a crappy little shack of a house in Detroit, only a few miles from my grandparents’ home in beautiful Grosse Pointe, one of the most affluent suburbs in Michigan. Moral of the story: We were broke and poor as dirt, while most of the Family was living high off the hog just a few miles away. Naturally, I began hustling to help out. Around age 15 I began smoking pot. I had a little plug with my paisan Jimmy’s cousin. When my mother got sick and ended up in a mental hospital, we didn’t even tell my Family. My sister, who was 17, and I did our best to live on our own at our crappy little house. But when our electric got shut off and our food ran out, I knew I had to do something. So I asked my weed dealer to front me a little weed. He hooked me up with a quarter pound, which I sold in one day and made about $500. I used most of the money to keep the electricity on and buy some groceries. From that day on, I hustled hard, selling bags of pot to all the crack dealers in the ghettos near my house. My cousin Johnny and I would deliver bags on our mopeds, which could be dangerous as hell in some of those ghettos. But my cousin Johnny was one crazy SOB, who always carried a big .44 revolver he “borrowed” from his dad. The blacks in the neighborhood called him “John Wayne,” because he’d carry that big hand-cannon right out in the open like he was a cowboy. He made everyone nervous as hell with the thing, including me. Later on in life, he’d end up serving a couple of life sentences in prison for multiple homicides.

Within a month of diving into the pot-selling racket, I had our house looking ghetto fabulous. New dishwasher. New washer and dryer. I bought my sister a new wardrobe. Fridge packed top-to-bottom with food. I purchased all new black velour furniture, black-and-brass lamps and end-tables. I wanted it to look like Scarface’s house. Yeah, I know, funny. Now here is where it starts to get interesting. I still went to my grandparents’ house every Sunday for dinner. And one Sunday after dinner, my Uncle Pete, who I mentioned before would later become my boss and more like a brother than uncle, asked me to have a word with him in the basement. Right away I knew something was wrong. I could see it in his eyes. He was a big, tough, intimidating guy who had already kicked my ass on several occasions for smarting off to him. In the basement, when we were all alone, he turned to me and grinned.

“What’s this?” he said, holding out his hand.

In his hand was a bag of weed. My bag of weed. I’d left it in the pocket of my leather bomber jacket but forgotten to zip up the pocket before hanging it on the back of a chair in the kitchen.

“Uh, it’s a bag of weed,” I replied dumbly, not knowing what else to say.

I figured my ass was cooked, that he was about to give me a few smacks and then go tell my grandpa, who had always been more like my father than grandfather. But instead he pulled some weed out of the bag and sniffed it.

“This is bullshit pot,” he said, examining it with a trained eye.

“I got some better stuff in the garage. Think you can move some for me?”

For a moment I just stood there, shell-shocked, not sure if he was being serious or just messing with me. But then he beckoned me to follow him outside to the garage, where hidden in a bunch of old banana boxes were 10 pounds of premium pot, which he claimed was grown by associates in Florida. It was by far the most pot I’d ever seen! I mean, I was only 15.

From that day on, I began working with my Uncle Pete. Just selling pot in the beginning, but later on I’d work with him on many other “endeavors.” By the time I turned 16 a few months later, I had a new car, a Ninja motorcycle, a new wardrobe, and more gold jewelry than I could wear. Life was good and about to get even better. At around age 16 I started lifting weights and found that there was a huge market for steroids. And of course my uncle had a plug for that too. But I’ll save that story for next time.

If you’re interested in ordering Gunner’s book, “TO BE A KING” a new novel about an Italian Crime Family in Detroit, click below: 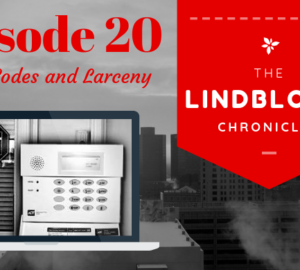