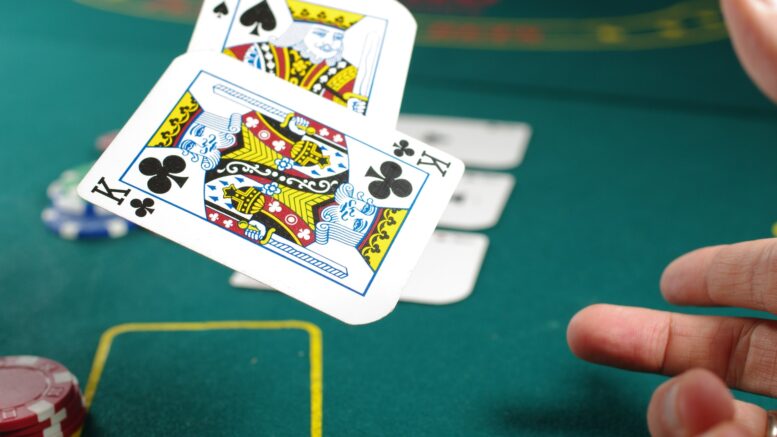 The World Series of Poker may have launched in 1970 but it was 2020 that saw the first online version of events. In what was one of the event organiser’s greatest decisions to date, a growing number of poker players and fans alike were able to immerse themselves in the action from the comfort of their own homes. By doing so, the tournament itself, as well as the game of poker on a wider scale, experienced rapid growth on a global scale. As well as ensuring the World Series of Poker was accessible to international players, 12 events in total were also live streamed so fans could keep up to date with the action regardless of their geographical location.

As the first half of this year’s online version of events came to a close, with international players able to participate on GGPoker UK, PXR-51 was the lucky player to win the biggest pot of the tournament so far. This occurred when he raised to 2,000,000 from an early position and fellow player Zeping “Luoat” Lu defended his big blind. The flop, however, came down and Zeping “Luoat” Lu checked to PXR-51 who continued for 3,600,000. He then went for a check raise to 9,300,000 but PXR-51 had other ideas and moved all over 25,000,000. Zeping “Luoat” Lu called but found himself in deep water. The board then finished out and the king kicker held to send the chip lead over to PXR-51. As this year’s World Series of Poker Online reached its natural conclusion in September, however, the biggest pot for a single day entry on the $25,000 Super High Roller Championship No Limit Hold ‘Em was $6,247,500.

With one of the most popular online poker tournaments now well and truly over for this year, the World Series of Poker is gearing up to kick off on September 30. If the success of the online version of events is anything to go by, this year’s games are set to be one for the books. In recent years, live tournaments have become known for their big pots with online tournaments not subject to the same level of excitement and anticipation. With the World Series of Poker famed for its high stakes matches, we are guaranteed to see some of the biggest pots to grace the famous tables at this year’s tournament. By keeping up to date with the action at the 2021 World Series of Poker, you can follow the drama as it unfolds and watch on as pots continue to increase as time goes on.

As the 2021 World Series of Poker gears up at the end of the month, players and fans alike are familiarising themselves with the biggest pots of the tournament so far. The online version of events may have seen some of the biggest pots to date but with live tournaments, and the World Series of Poker in particular, famed for high stakes matches, there is everything to play for when September 30 rolls around.