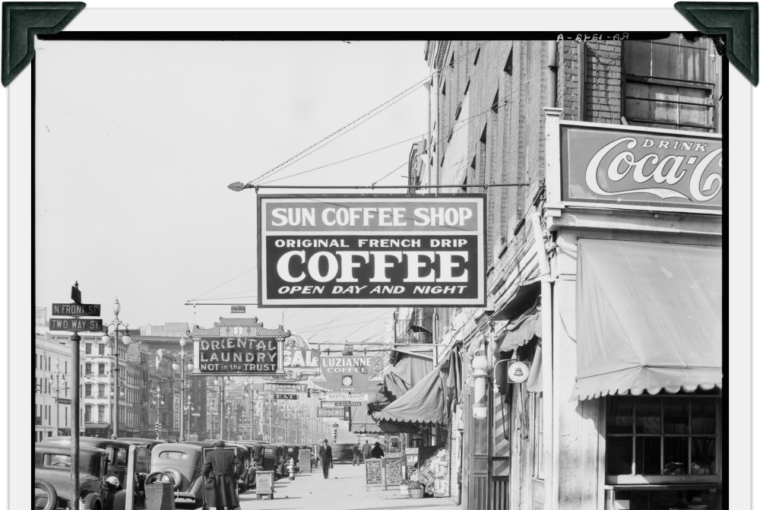 “You came a long way for nothing,” said the man standing on the platform. He spoke with a slight Italian accent. The man he was speaking to had just arrived to New Orleans, by train from Chicago. The two men were close to the same age but differed in appearance. The first was slight in build and balding. The newly arrived man was big, with a scar on the left cheek. He had spent several days making the trip and appeared to be unhappy. This man spoke with an accent that could only be from New York. “Where is Corrado? I’m tired and I got no time for bullshit. I wanna’ talk to Corrado now. Take me to wherever he is so I can get this straightened out! You guys are gonna’ start sending me shipments instead of that prick, Aeillo!” He turned to the several men who had appeared behind him. “Get the luggage,” he said to no one of them in particular. “You won’t need to worry about that Al,” said the first man, and then he turned to several New Orleans police officers, who had joined them on the platform. “Help Al’s boys out with their luggage.”

“You fellas know the drill,” said one of the policemen to Al’s boys as they approached. The officers then proceeded to frisk the men, producing several pistols. They stuck the guns in their belts. “They’re clean now Mr. Carolla” said one of the cops.

“Corrado said to tell you hello Al, and sorry that he didn’t have time to see you while you were passing through town. He hopes next time you come you’ll be able to stay longer and he can show ya’ around.” With that he nodded to the policemen who were still with Al’s boys. They each grabbed the nearest hand of one of Al’s boys, and proceeded to twist the fingers as hard as they could. Several cracks could be heard, followed by screams of pain and streams of profanity. Some passersby looked in amazement, some kept their heads and eyes averted. They all gave the group of men a wide berth. “You got just enough time to catch the next train back to Chicago. These boys will help you get to the right one. Arrivederci Al,” smirked the balding man, and with that he turned and walked away.

So, this is the way I imagine it could of happened. Nobody knows for sure what happened on that day in 1929, when ‘Silver Dollar Sam,’ met Al Capone, at the New Orleans train station. In reality, no one really knows if it DID happen at all. 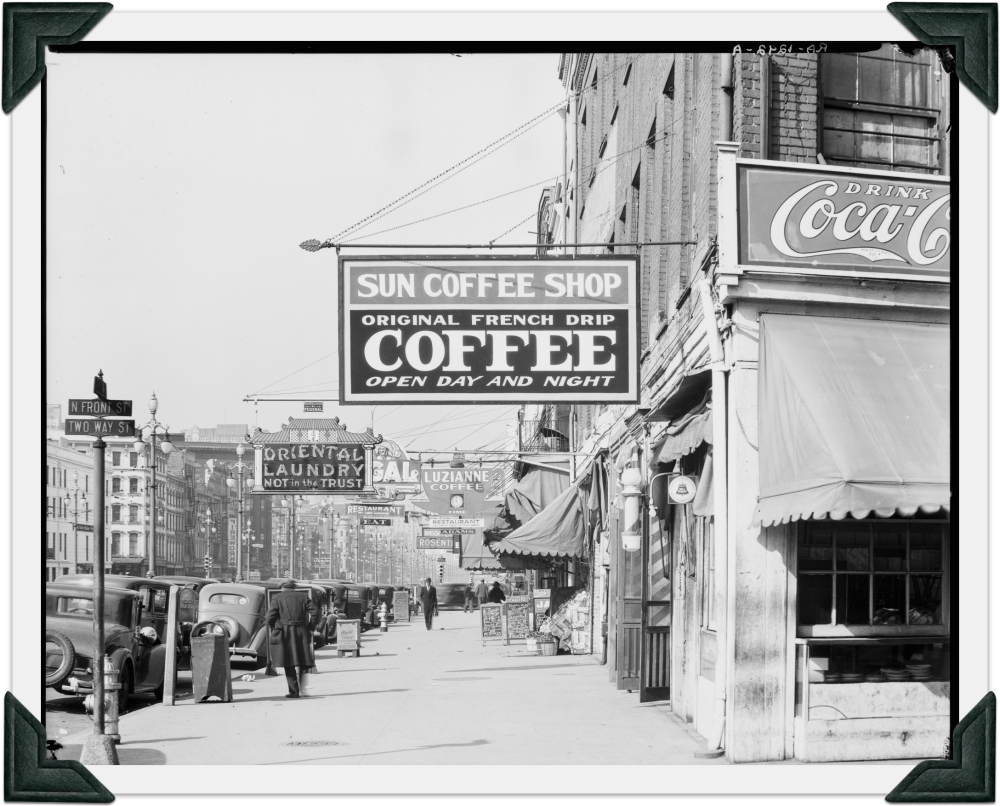 The story is that Capone demanded the New Orleans organization stop sending shipments of liquor to his rival, Joe Aiello in Chicago, and start sending them to him. When Capone came to New Orleans to press his case, he was met by ‘Silver Dollar Sam.’ His bodyguards were disarmed, had their fingers broken, and were sent packing back to Chicago on the first train possible. It’s a disputed story that many knowledgeable people seem to have overlooked when writing about Capone, or Organized Crime in general. Many factors point to it being a Mafia ‘tall tale,’ but whether or not it actually happened, I’m sure ‘Silver Dollar Sam,’ never nay sayed any of it. I’m sure there was some value in having people think you did that to Al Capone and got away with it.

Sylvestro Davide Carolla, was born in Terrasini Sicily, in 1896. Carolla’s parents immigrated to the US, and settled in New Orleans, in 1903/04. By 1918, Carolla was sporting the nickname ‘Silver Dollar Sam’ and held a high position within the organization. In 1922, when family boss Charles Matranga retired from control of the family, Corrado Giacona became head of the New Orleans family, with Carolla in the position of street boss, running the day to day operations. Carolla generally gets the credit for shaping the family into a modern style mafia family. He took over Matranga’s fairly small bootleg operations, and went to war with rivals. The NOLA bootleg wars ended in December of 1930, when Carolla personally killed his last rival William Bailey. Bailey was leaving his house when two cars pulled up and boxed him in. Bailey tried desperately to re-enter his house. As he did so, Carolla walked up and shot him, point blank in the chest with a sawed off shotgun. With the murder of Bailey, Carolla now had all of Louisianna bootlegging under his control. Also in 1930, Carolla was charged with the shooting of undercover narcotics agent Cecil Moore, during a narcotics sale. Moore survived. Despite the testimony of several New Orleans police officers that Carolla was in New York, at the time of the shooting, and that Moore was trying to frame Carolla, he was convicted and spent two years in prison. The Moore incident possibly may have been a mistake, as Carolla later claimed he thought Moore was a shooter of Bailey’s that came to claim vengeance for his fallen boss.

Released in 1934, Carolla then negotiates with New York mobsters Frank Costello, and Phil Kastel, along with Louisiana senator Huey Long, to move Costello’s slot machines to Louisiana, as they had come under attack by the newly elected mayor, Fiorello LaGuardia, in New York City. In return for a cut of the profits, Carolla got political protection from Long, for all of his Louisiana operations. Carolla put his top man to work placing the slots around New Orleans. Carlos Marcello placed the slots anywhere, and everywhere he could. Things would go smoothly for Carolla until 1938, when he was sent to prison again, serving two years in Atlanta, on a narcotics charge. Upon his release in 1940, the government became aware of Carolla’s lack of citizenship, and he was scheduled to be deported back to Sicily. This was delayed however, with the US entrance into World War II. In 1944, Corrado Giacona dies, and is succeeded by his underboss, Frank Todaro. Todaro dies six months later due to complications of throat cancer however, and Carolla takes over as the true boss.

Some versions of the story claim Todaro, was poisoned by Carolla, to help the speed the process along.

At the end of the war, Louisiana Congressman, Jimmy Morrison introduced a bill that would have granted Carolla citizenship, and thus block his deportation. The attempt failed after reporter Drew Pearson publicly exposed this. Carolla was deported in April 1947, leaving Carlos Marcello as acting boss.

While living in Sicily, Carolla had a close relationship with another exiled gangster, Lucky Luciano. In 1949, Carolla shows up in Acapulco Mexico, as a liaison between Luciano, and the American mob. By some accounts, for the purposes of the drug trade between Sicily, and America. He slips back to New Orleans in 1949, but is caught and deported again in 1950. He doesn’t see the US again until 1970, when he is supposedly called back by Marcello, to handle some sort of dispute.

One account of that dispute was that a rivalry between Carolla’s son Anthony, and Marcello’s brother Joe, had developed as to who would take over from Carlos when the time came. Anthony previously lost to Carlos, when the organization voted to put Carlos in charge after the 1947, deportation of Sam.

In 1970, Carolla has a heart attack and is briefly hospitalized in New Orleans. Friends and Family manage to keep Carolla hidden from authorities until his death in 1972.

Many of the “facts” of the ‘Silver Dollar Sam’ story are questionable, and have slightly different versions to them. Just like the story of meeting Al at the train station, there are some things that may or may not have happened, or may have happened in a different way than what information is available today. Sadly, it’s most likely that we will never know for sure, as anyone active in those days that might have known the truth is long gone. Even if some new evidence comes to light in someone’s basement, or attic, tucked away in an old steamer trunk, it will most likely be questioned also. I guess it could be looked at as a testament to the New Orleans guys, that even the little bit of information we have about them is questionable.

They did their jobs well, by staying in the shadows. I wonder what they would make of today’s guys in the life, with reality shows, movies, books, and talking about their exploits on Facebook?

Jimmy Hoffa Disappeared: On This Day in 1975