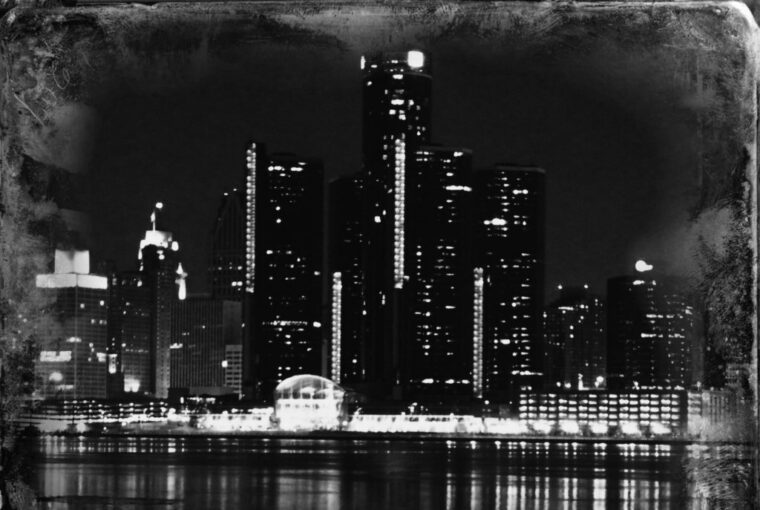 The Detroit mafia lives in the shadows. It always has, now, more than ever.

“They don’t chase the news cameras like in other cities and a lot of them have been very adept of veiling themselves in legitimacy,”

said former federal prosecutor and organized crime task force member Keith Corbett, of the area’s ruling mob powers. “In relative terms, it’s been a recipe for success, in that most of them have avoided long, if any, prison sentences and, for the most part, very few people have any idea who they are.”

That hasn’t exactly been the case for other organized crime families around the country.

Notorious Boston Irish mob boss James “Whitey” Bulger was apprehended earlier this week in California, arrested for 19 gangland-related homicides after 16 years on the run from the law. Bulger, the inspiration for Jack Nicholson’s character in the Oscar-winning film “The Departed,” ran the Boston underworld for over two decades and had for years been No. 2 on the FBI’s famed Most Wanted List, behind only Osama Bin Laden.

The Philadelphia mob made headlines last month when federal investigators arrested reputed godfather Joseph “Uncle Joe” Ligambi. Philly’s alleged No. 1 gangster and a dozen of his suspected underlings were all charged in a 50-count racketeering indictment involving gambling and loan-sharking.

Interestingly, the Ligambi arrest comes on the heels of one of the largest mob busts in American history when in January the U.S. Justice Department rounded up over 100 suspected East Coast organized crime members, many of them alleged to be high-ranking mafia leaders, on charges including murder, gambling, loan-sharking, extortion and narcotics trafficking.

One of the traditional mob hotbeds absent from the recent slew of arrests and convictions was Detroit, a longstanding picture of stability and efficiency in an underworld landscape littered with defectors, dissidents and dim-bulb thugs.

Those who remember stories about the infamous Purple Gang from the city’s bloody Prohibition era or the everlasting hubbub regarding the mysterious disappearance of labor boss Jimmy Hoffa may wonder if organized crime still exists in the Motor City.

Indeed, many would probably be surprised to find out that Detroit’s mafia is still alive, well and racketeering in 2011.

Few would suggest that the local crime family has the manpower or criminal reach it once had, but it nevertheless continues to function – and when compared to other mob syndicates across the country, at a fairly high level.

As recently as 2006, FBI agents in Detroit arrested more than a dozen individuals under the Racketeering Influenced and Corrupt Organization Act (RICO) charging them with bookmaking, money laundering and extortion. Though federal authorities did not officially link the case to the mob, sources in local law enforcement confirm that the indictment’s alleged ringleaders, Peter Tocco of Troy and Jack V. Giacalone of West Bloomfield, as well as several of their co-defendants are affiliated with the area’s mafia family.

Tocco, 62 and referred to on federal surveillance tapes by such monikers as “Blackie” and “Specs,” pled guilty to the charges and served a two-year prison sentence before being released last year. Giacalone, 60, went to trial and was acquitted. Sources peg Giacalone, known by nicknames like, “Jackie the Kid” and “Jackie the Bathrobe,” as someone being groomed to be a future don.

People around Detroit with even a vague familiarity of local mob affairs are most likely aware of the names Tocco and Giacalone, longstanding staples in newspaper headlines from the area’s underworld dating back nearly a century. Peter Tocco’s grandfather was William “Black Bill” Tocco, the Detroit mafia’s founding father, establishing the crime syndicate in 1931 after winning a violent street war for gangland supremacy in the city in the aftermath of Prohibition. His uncle is Giacomo “Black Jack” Tocco, Black Bill’s eldest son and the city’s current mob boss, in power since the 1970s.

During the 1950s and 60s, Congressional committees named Black Bill Tocco and both Giacalone brothers as being top echelon mob leaders in the Motor City.

The following decade the Giacalone brothers gained national infamy, having their names echoed on television newscasts from coast to coast after they became central figures in the Hoffa case.

All three mobsters were linked closely to legendary godfather Joe Zerilli, Detroit’s undisputed “boss of bosses” for over four decades and a highly-respected mob dignitary that was one of the few non-New York bosses granted a seat on the notorious “Commission,” a nationwide mafia board of directors. He was brother-in-laws with Black Bill Tocco, having come over together from Sicily in 1910.

The Detroit don’s only son, Anthony “Tony Z” Zerilli, was initially tagged as his father’s replacement, however following Tony Z’s imprisonment in 1973 on charges of skimming millions of dollars from a Las Vegas hotel and casino, the aging mob chieftain demoted his offspring in favor of his nephew Jack Tocco. Both the younger Tocco and Zerilli received college business degrees from the University of Detroit-Mercy in 1949, around the same time, according to Congressional testimony, they “made their bones” and were inducted into the mafia.When Joe Zerilli passed away from natural causes in 1977, Tocco took control of the crime family, naming his first-cousin Tony Z his second-in-charge as a measure of good faith. The pair of mob princes ran the local mafia in tandem uninterrupted until 1996 when they were arrested in a widespread RICO indictment, titled, Operation Gametax, charging virtually the entire syndicate administration with bookmaking, loansharking and extortion.

Tocco was convicted in 1998, Zerilli in 2002 and after each conviction, federal law enforcement described the situation in hyperbolic terms, claiming to have “driven a stake through the heart” of the Detroit mafia.

This proved hardly true. Although a majority of the mobsters arrested in the bust were convicted, most of them received relatively light sentences. Curiously, Tocco, who was found to be the kingpin of the continuing criminal enterprise in the case, served barely two years behind bars.

With so many sons, nephews and cousins employed in the “family business,” the mob’s rackets more or less continued with little to no interruption. In a measure to ensure loyalty, Joe Zerilli had planned it that way, making it a requirement as early as the 1930s that his soldiers married other soldiers’ daughters, sisters, nieces and cousins.The strategy has paid dividends since unlike most of the country’s mob families in the past three decades that have been torn apart at the seams from within, overwhelmed by informers or “rats,” as they’re called in underworld circles, the Detroit mob has been virtually free of turncoats.

“Almost everyone important in the crime family is related by blood or marriage in some way to almost everyone else of any significance and this makes the organization extremely difficult to penetrate,” retired Detroit FBI agent Mike Carone notes. “For an outsider, whether in law enforcement or not, to get real close to these guys is practically impossible.”

Nove Tocco, Joe Zerilli’s grandson, became the only member of the crime family to ever testify against the syndicate in open court when he began working for the feds in 2000, two years after he was convicted in the Gametax case. He debriefed for the federal authorities and testified at his cousin Jack Tocco’s sentencing hearing in exchange for a sentence reduction.

The FBI in Detroit asserts that upon Tocco’s release from federal prison in 2002, he re-assumed his position as boss and continues to head the crime family to this day at the ripe old age of 84.

Detroit’s mafia faction has also avoided the internecine warfare that has plagued other national mafia groups, as a general rule, being free of renegades, a phenomenon most experts credit to the syndicate’s intermarriage edict and its longstanding policy of only utilizing violence as a method of last resort.

“It’s a lot harder to get the motivation to start a war if the guys you’re going to be shooting at and trying to kill are your own family,” Carone said. “That’s not to say the mafia around her doesn’t murder people, but that it’s probably a little less frequent when compared to other big city mobs.”

The last round of known or possible-related mob murders took place between 1998 and 2002, a timeline some sources in law enforcement tie to the fallout from the convictions and subsequent prison sentences of city mafia royalty, like Jack Tocco and Tony Zerilli.

The mini hit parade started in 1998 in the months after a slew of convictions in the Gametax case when a former mob associate under the direction of the Giacalone brothers wound up dead in Great Britain after he had turned informant for the government.Three years later in 2001, there was the murder of strip club operator, John “John John” Jarjosa, Jr.,34, whose father was convicted mob associate John “J.J.” Jarjosa, Sr., away serving a prison sentence related to the Gametax bust at the time of his son’s death. Jarjosa, Jr, was gunned down at the corner of 8 Mile and Evergreen in broad daylight, his black Corvette boxed in as he took fire from two gun-wielding assailants in a turn-around lane.

In 2002, a young reputed mob enforcer, Gerard “Gerry the Blade” Bianchette, 31, was shotgunned to death at a Macomb County construction site in the months surrounding the conviction of Tony Zerilli.

Though all three murders remains unsolved, law enforcement describe each as a professional hit, most likely rooted in gangland conflict.
Just last month, a pair of reputed mobbed-up brothers, the Sicilian-born, Giuseppe and Girolamo D’anna, owners of the Tiramisu Italian restaurant in Shelby Township, were indicted on assault to commit murder, extortion and witness intimidation charges. Authorities allege the brothers stormed into a competing Italian restaurant across the street for Tiramisu, severely beat its owner with an aluminum baseball bat and threatened to kill him and his entire family if he went to the police. According to confidential sources, the D’anna brothers are connected to the local mafia family and have alleged ties to mob activity back in their native Sicily.

A federal point shaving bust alleged to be headed by Gary Manzi and Mitchell “Steady Eddie” Karam, two reputed Detroit mob associates of Chaldean descent, made headlines in 2009. Karam, long linked to the crime family and a one-time close friend of deceased reputed mob power, Jack “Fat Jackie” Lucido, and Mazi, a local convenient store owner, are accused of paying players on both the University of Toledo football and basketball teams to alter outcomes of games so they could win close to a half a million dollars in wagers.

At its peak in the 1960s, the mafia in the Motor City was estimated to have roughly 100 fully-inducted members. Currently, it’s probably closer to between 40 and 50. The number had dropped to around 30-35 at the time of the Gametax trial, but reports indicate the family has since increased its ranks with at least two initiation ceremonies being held in the last eight years.Most people might not know the mob still exists in Detroit, yet the organization doesn’t seem to be slowing down anytime soon.

“To paraphrase Mark Twain, the reports of their demise have been much overstated,” Corbett said. “The current leaders, guys like Jack Tocco, may be on the way out due to age, but there is a younger generation coming up behind them ready, willing and able to take the reins. From its inception, this organization was built for the long haul and it will continue to sustain. I don’t think we’ll be talking about the eradication of the mafia in Detroit for quite a while.” Pictured below Giacomo William Jack Tocco and Peter “Specs” Tocco.

Who Was Who Anthony Abbatemarco?