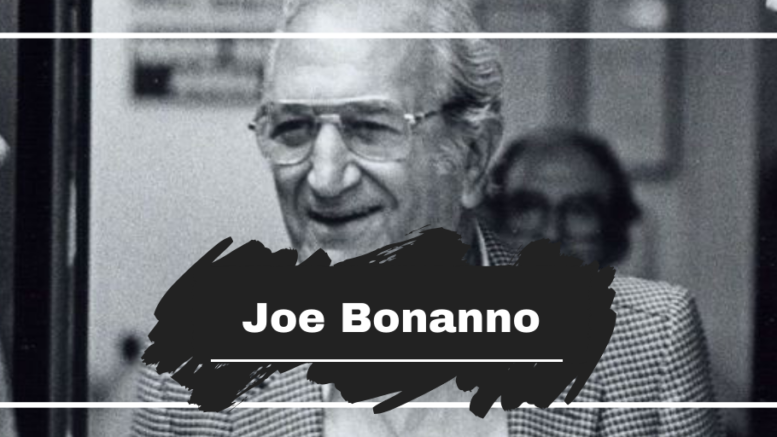 On this day in 2002, Joe Bonanno who ran the Bonanno Crime Family for nearly 40 years from 1931 – 1968, died of heart failure at the impressive age of 97. He had an illustrious career that spanned many decades and was the last Mustache Pete.

In 2004, Joe’s daughter-in-law began putting Joe’s personal items up for auction on eBay, this continued until 2008 and we managed to get a few pieces of Joe Bonanno Memorabilia here.

He took control of the Bonanno  Crime Family soon after the end of the Castellammarese War, when Lucky Luciano and his associates restructured how the mob would work. He continued to lead the family until the late 1960’s when he was forced into retirement. Back in 1963 he had made plans with Joe Magliocco to assassinate several members who were on the Mafia Commission, including Carlo Gambino and Tommy Lucchese. The contract was handed down to hitman and future mob leader, Joe Colombo, who went to the Commission to tell them of their plans.

The Commission spared Magliocco’s life but forced him into retirement. His health was failing and he would end up dying at the end of 1963 anyway.

Bonanno fled to Canada, but in 1964 he briefly returned to New York before disappearing until 1966, allegedly kidnapped. From 1966 until 1968 there was discontent within the family and a war ensued for leadership, known as the “Banana War” between Commission appointed leader Gaspar DiGregorio and Bill Bonanno (Joe’s son). The family soon separated into two factions and in the end, the Commission, dissatisfied with DiGregorio’s attempt to unite the family, dropped him in favor of Paul Sciacca.

Bonanno officially gave up family leadership in 1968 and retired to Arizona.

Later in life, he became a writer, publishing the book A Man of Honor: The Autobiography of Joseph Bonanno in 1983.