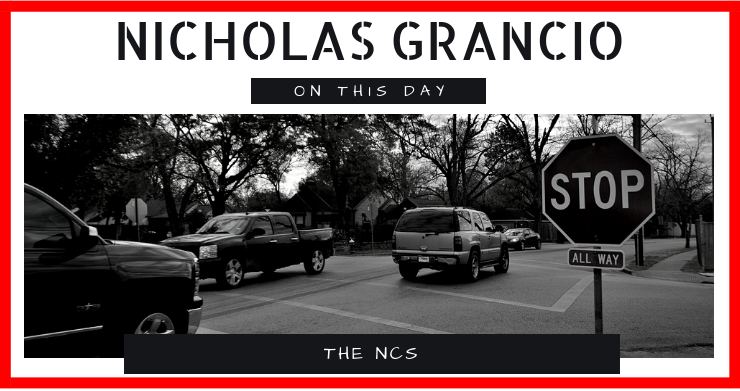 On this day in 1992 Nicholas Grancio, who was a Colombo soldier, was killed in a drive-by-shooting.

In the early 1990’s an internal war broke-out in the Colombo crime family when capo Vittorio Orena challenge imprisoned mob boss Carmine Persico for the leadership of the family. “Nicky Black” sided up to the faction led by Orena making him a prime target for the Persico loyalists.

Nicky pulled up at a set of red lights in his Toyota, at the same time Colombo hitmen pulled up by the side of him. Larry Mazza, one of the Colombo hitmen stuck his shotgun out the window and blew Nicky’s face onto the windshield from point blank range. In the car was also Greg Scarpa, but contrary to popular belief he wasn’t the assassin, Scarpa was fumbling around with his jammed gun while Mazza completed the job.