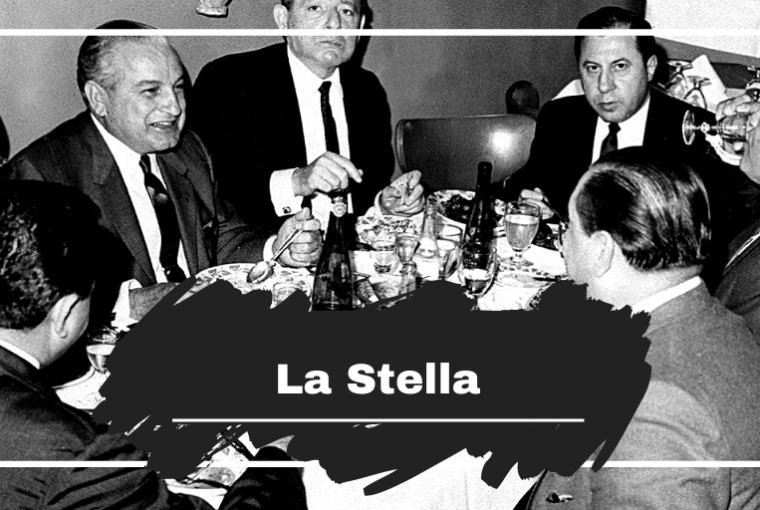 On this day in 1966, fifteen people are arrested by New York cops at a Forest Hills, Queens restaurant called La Stella. Of those fifteen, four are from New Orleans. Carlos Marcello and his brother Joe, Anthony Carollo and Frank Gagliano.

The others were Santo Trafficante, Carlo Gambino, Joseph Colombo, Mike Miranda, Tommy Eboli, Domonick Alongi (a NYC Mobster in the Genovese Family who grew up in New Orleans and was cousin to Gagliano), Neil Dellacroce, Joe N. Gallo and Anthony Carillo.

Along with the thirteen Mobsters the owners of the restaurant, two brothers, were also arrested. They were taken in and booked. They claimed it was just a friendly lunch between old friends.

A few days later a few of them would return, with their lawyers, for another lunch. The meeting came to be known as Little Apalachin.

On This Day in 1966 Frank Caracci Dies