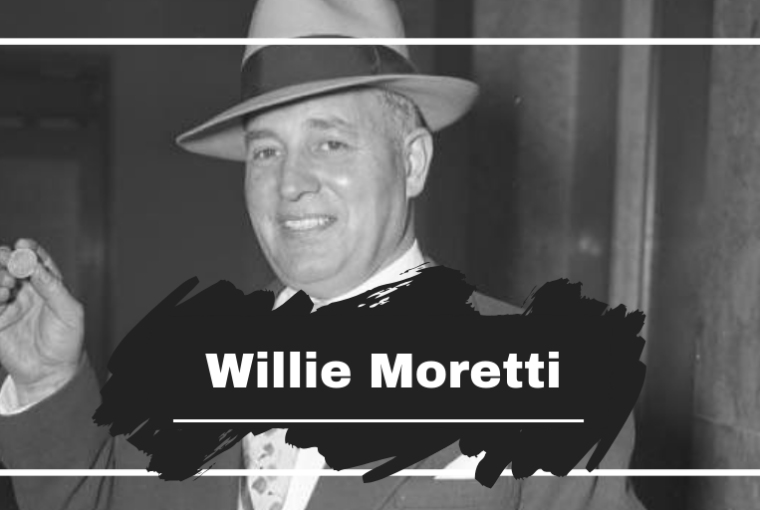 On this day in 1951 the underboss in the Genovese Crime Family, and cousin to Frank Costello was gunned down in a mercy killing ordered by mob boss Vito Genovese.

On October 4, Willie Moretti was sitting down to lunch at a restaurant called Joe’s Elbow Room in Cliffside Park, New Jersey. Accompanying him were four other mobsters, and the 5 of them were laughing and joking in Italian.

Around 11:28am gun shots were fired, and the result was Moretti lying on his back on the restaurant floor with bullet wounds to his head and face.

Why a Mercy Killing?

In the 1950’s Kefauver Hearings Willie Moretti decided to cooperate with the committee where others refused to by taking the Fifth Amendment. During the hearings Moretti played up for the cameras and brought a lot of media attention to himself.

For example, when asked how long he’d been in the Mafia he replied,

“What do you mean, like do I carry a membership card that says ‘Mafia’ on it?”

Telling jokes and speaking very candidly he was breaking the code of Omerta and it was believed that his mental condition was getting worse (possibly due to advanced stages of Syphilis).

The commission decided that this could just be the start of the problems, and he could go on to become more talkative, bringing more heat down on the Families.

“The Lord have mercy on his soul, he’s losing his mind”

You can read more about the mercy kill on Willie Moretti here.

Ed Scarpo Gives His First Interview Exclusively to The NCS