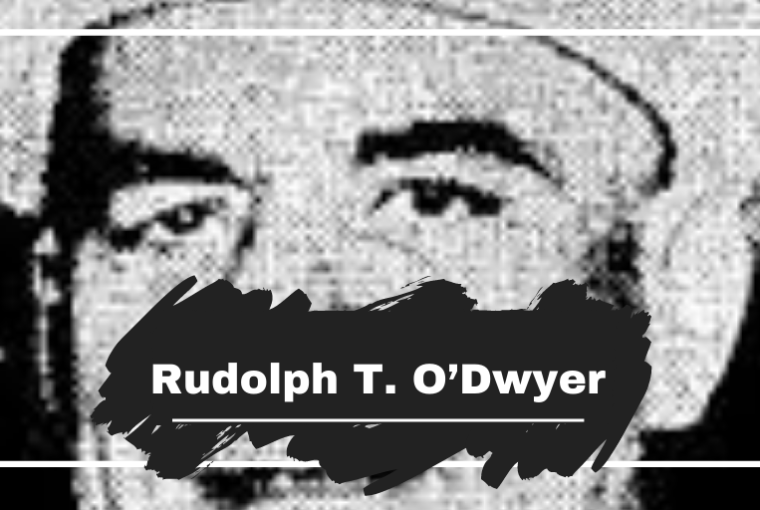 On this day in 1940 Rudolph T. O’Dwyer succumbs to a month long illness at the Hotel Dieu hospital in New Orleans. O’Dwyer was born in New Orleans but lived most of his life in Jefferson LA and was an early gambling proprietor, political figure and sportsman.

He, along with brother George, ran some of the biggest gambling establishments in Jefferson including Club Forest, The Original Southport Club and O’Dwyers. Like many others at the time he was indicted in 1936 for tax evasion for the years 1929 through 1931 and pled guilty to the charges. He was ordered to pay around $34,000.00 including taxes and fines. He filed a civil action to recoup some of the money but was defeated in the attempt and assessed more fines finally totalling around $43,000.00.

He was 60 years old and is interred in Metairie Cemetery in New Orleans.

On This Day in 1940 Anthony Casso was Born

On This Day in 1941 Joel Cacace was Born