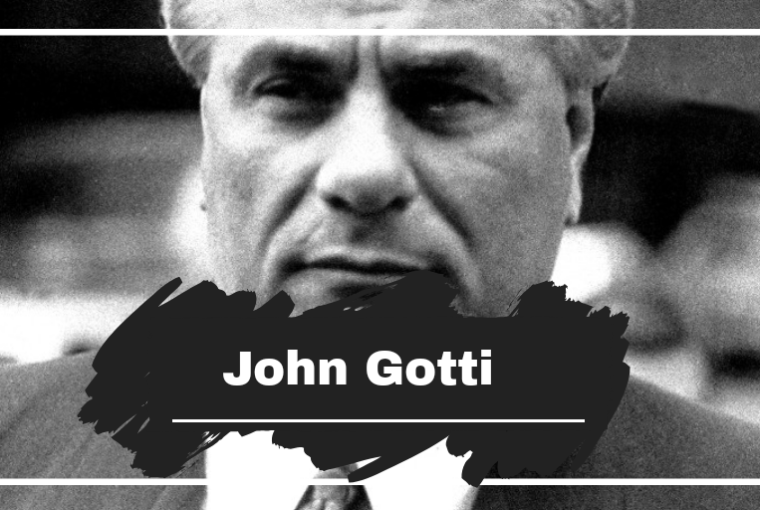 On this day in 1940 the mobster we would all come to know as the Dapper Don was born in The Bronx. John Gotti rose to prominence within the Gambino Crime Family during his criminal life, starting off in his teens by running errands for Carmine Fatico. He would eventually become the Gambino mob boss after the 1985 assassination of Paul Castellano.

Gotti, although being a formidable character was surrounded by non-stop controversy who left blood, corruption and destruction in his path. Many say that his legacy brought the Godfather’s Don Corleone to life in the real world; others say that the craving for media attention was to be the end of organized crime as we knew it.

The Relationship with Paul Castellano

Gotti had never seen eye to eye with Gambino Mob Boss Paul Castellano, and when Paul found out that Gotti and his soldiers had been dealing in narcotics (something that was punishable by death in the Gambino family), Gotti had a decision to make.

Always playing by his own rules, Gotti decided to plan the hit on his own boss before his boss could get to him.

This move wouldn’t sit well with other mob bosses, namely Anthony Corallo and Vincent Gigante. They both wanted Gotti out the picture so ordered Casso and Amuso do finish the job. They planted a bomb under Gotti’s car but the Teflon Don dodged the attack and instead Frank DeCicco took the full force of the blast.

Whether it was a major court case or a string of personal assaults John Gotti would always be acquitted, and cleared of any charges. This would add to his media persona making him seem exempt from the rules and indestructible. For someone to flash their power and wealth in front of the TV cameras, Gotti split his audience…the media and public loved him…the other families who tried to keep the Mafia in the shadows didn’t.

What Goes Up Must Come Down

His underboss and personal hitman Sammy Gravano heard wiretaps of Gotti pinning murders on Gravano, this lead to Gravano turning government witness to take Gotti down. Secrets of the Gambino family were unveiled from the Castellano hit to Gotti’s place in the family. John Gotti was fined $250,000 and given a life sentence.

The Teflon is gone. The don is covered with Velcro and every charge stuck

On This Day in 1957 Albert Anastasia was Killed Aged 55

On This Day in 1905 Frank Bompensiero was Born