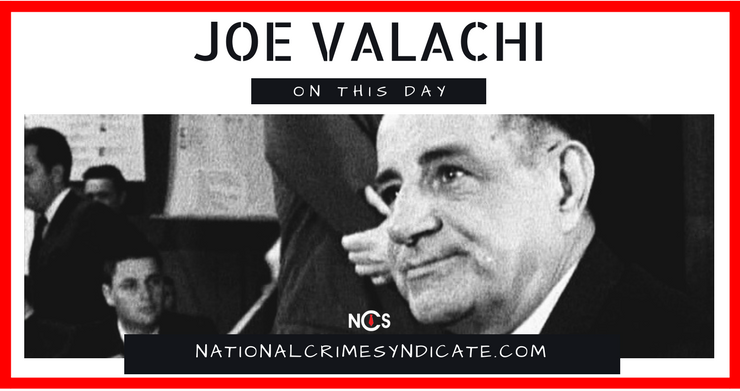 On this day in 1903 Joe Valachi was born in East Harlem, and by the age of 27 he had become a soldier in the Reina Crime Family during the peak of the Castellammarese War.

After the war had ended in the bloody murder of Joe Masseria, Valachi had become a bodyguard for Maranzano. He hadn’t switched allegiance as he always fought on the side of Maranzano but was offered this new position in the aftermath of Masseria’s death. However, he wasn’t his bodyguard for long as Maranzano was also executed in true mob fashion in the same year.

Under the new family structure Lucky Luciano offered Valachi a place as a soldier in his family, which would later go on to be known more commonly as the Genovese Crime Family. He remained a soldier in the family from the early 1930’s until his time came to become a government informant. 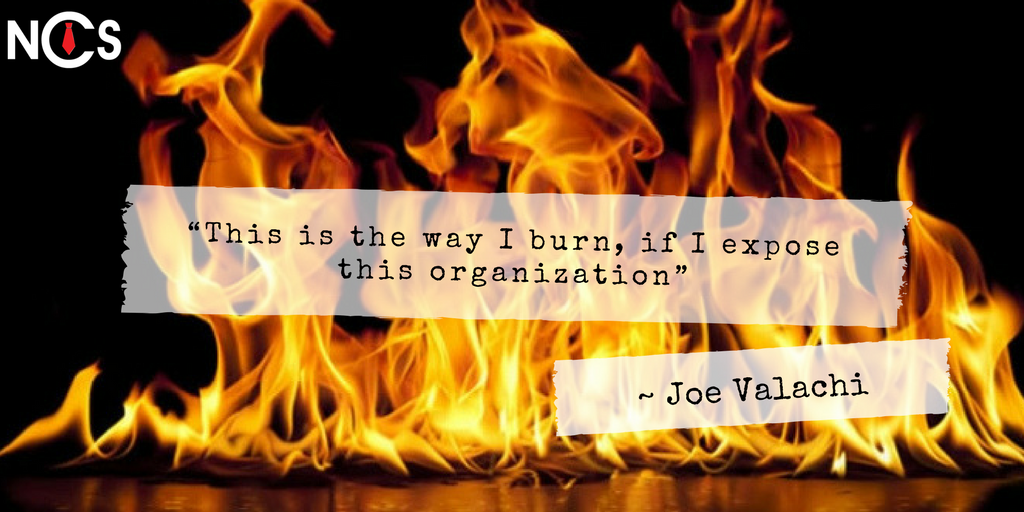 Perhaps what we all know Joe Valachi for, more than anything else is the fact that in 1963 he testified at the McClellan hearings and was the first Mafia member to publicly acknowledge that the Mafia existed. During the hearings he uncovered many secrets of the mob, from rituals, traditions, right through to who he was working for. He was also the first person to make Cosa Nostra a household name.

Joe Valachi at The McClellan Hearings

Valachi would go on to die of heart attack in 1971 at the age of 67 years old, outliving his former mob boss Vito Genovese by two years.