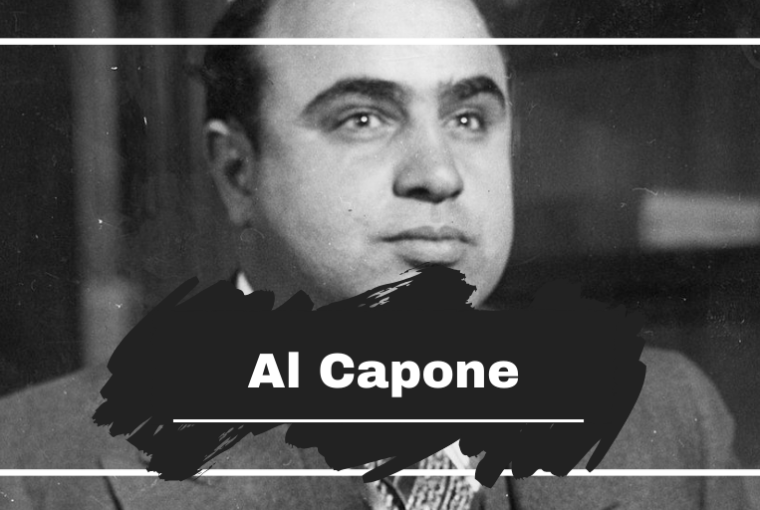 On this day in 1899 Alphonse Gabriel Capone was born in Brooklyn, New York. Better to known to the world as Al Capone, he would go on to become one of the most familiar and talked about mobsters of all time.

In the early days Capone worked at a bowling alley and a local candy store, and it was during this period of his life where he met Johnny Torrio who would prove to be his guide and mentor for many years to come. It was also during these early years that he would form a friendship with fellow mobster Frankie Yale, however this friendship would undergo some strenuous times ultimately leading to the murder of Yale in 1928.

If you haven’t taken our quiz on Mafia Nicknames yet then this section will certainly help you out. While Al Capone was working in a Brooklyn Night Club (Harvard Inn) as a bouncer of sorts, he unintentionally insulted a woman (Lena) and was ultimately attacked by her brother Frank Gallucio. Frank slashed his face three times on the left side which lead to his nickname, Scarface. In the end Al ended up hiring Frank as his bodyguard.

You will also notice that after this event, that Al Capone would not let photographers take photos of that side of his face, so all photos would only show his right hand side.

Moving Up In Chicago

Working with Torrio was one of the wisest moves Al Capone made, and over time he grew in stature. In May 1924, Dean O’Banion (part of the North Side Gang) discovered that one of his breweries was going to be raided by the feds and sold his share to Johnny Torrio without Torrio knowing why O’Banion had done this. Ultimately after the raid of the Brewery O’Banion and Torrio were arrested by the feds.

What happened next would spark a gang war as Torrio wanted O’Banion to pay the price, and had him killed on October 10, 1924. After this move by the Chicago Outfit the North Side Gang retaliated and Johnny Torrio was severely injured in a 1925 attack, this gave Torrio a wake-up call and he decided to hand over his entire empire to Al Capone and retreat to Italy.

After some time in power, and with his celebrity status growing in Chicago Capone was on the Hit List of rival gang members Hymie Weiss and Bugs Moran who were part of the North Side Gang. On numerous occasions Al Capone’s car was shot at, but the closest was on September 20, 1926 when Capone’s entourage was fired at with Thompson sub-machine guns whilst he himself was eating lunch. His bodyguard managed to get Al Capone down to the ground but a number of bystanders were hurt from flying glass and bullet fragments.

In the shooting a young boy and his mother were injured, the mother could have lost sight in her eyes but Al Capone stepped up and footed the medical bill for them (a nice side to Capone).

After this event Al decided it would be best if he had his Cadillac fitted with bullet-proof glass to protect him in the future. If you think the car is familiar then you might have seen President Franklin D. Roosevelt inside it, as in 1932 the car was seized by Prohibition Agents and became the Presidents limousine.

Al’s car was featured in our video on the Top 5 Mob Rides of all Time.

After a truce couldn’t be met between Bugs Moran and Al Capone all out warfare began which would outrage the public with the St. Valentine’s Day Massacre which would see seven North Side Gangsters gunned down by Chicago Outfit gangsters dressed as the police.
The extent of Al Capone’s involvement in this is still shrouded in mystery, as to is the rumour that he gave the order.

In the late 1920’s Eliot Ness who worked as a Prohibition Agent began an investigation of Al Capone and his business setup, trying to pin something on him that would stick. Eliot Ness managed to find something out as in 1931 (two years after he picked up the case) Al Capone was indicted for income tax evasion and various violations of the Volstead Act.

Being Al Capone, and like many gangsters since he attempted to bribe and intimidate jurors but this was discovered by Ness’s men. The jury was then switched with one from another case and Capone was found guilty of five counts of tax evasion and failing to file tax returns but not guilty for Volstead Act violations.

He ended up getting 11 years in jail, and hit with large fines.

In His Later Years

Many people close to Al Capone had commented on how he went in to jail a stocky man and came out as a frail man who had serious mental health issues.

In 1946 some tests were performed on Al Capone, and it was concluded that he had the mental capability of a 12-year-old child. He spent the last years of his life in his Florida Mansion, and on January 21, 1947 he suffered from a stroke which would all but finish him off.

Around 4 days later he suffered from a fatal cardiac which ended the life of one of the most famous and feared gangsters of the Prohibition era. 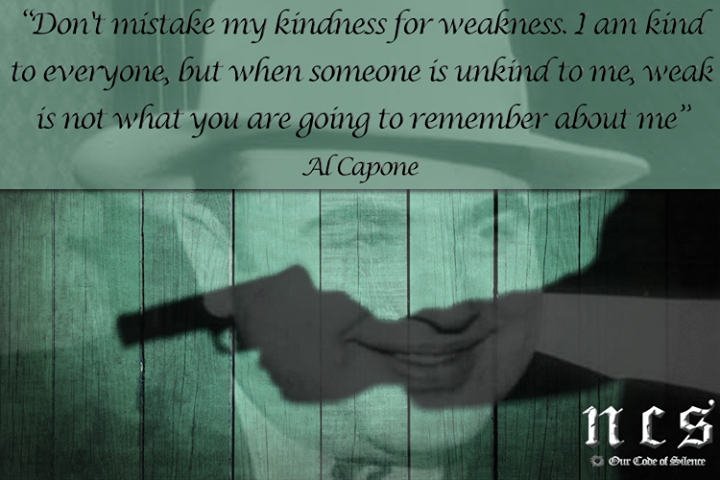