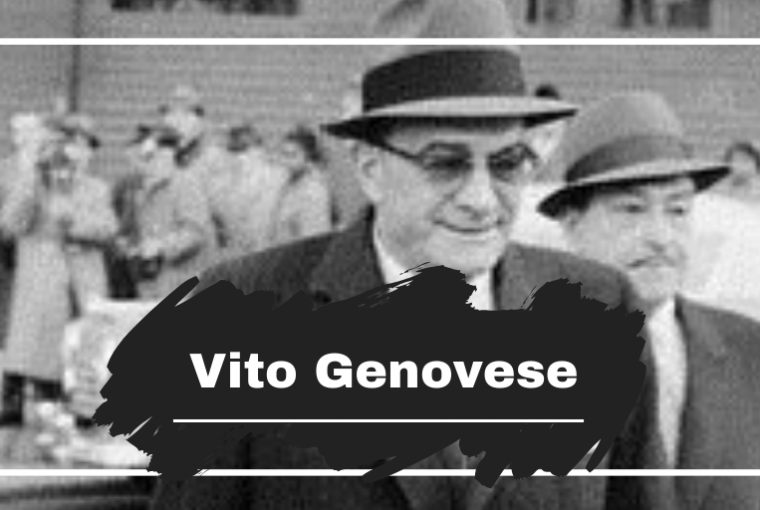 On this day in 1897 Vito Genovese was born in Italy, to Felice and Nunziata, he had two brothers called Michael and Carmine who you may recognize from the organized crime world. He rose to power in America during the Castellammarese War, and by the mid 1950’s Genovese was making a power move to become the boss of a crime family that he would eventually call his own.

To do this he needed to take out the current crime family boss, Frank Costello, but this wouldn’t be easy as he had many allies who were standing in the way. One of those allies was one of the most feared mobsters of all time, and former boss of Murder Inc, Albert Anastasia.

Much like the Genovese/Luciano conspiracies in the 1930’s, Genovese this time turned to Carlo Gambino (Anastasia’s underboss) to talk about a hit on Anastasia.

On May 1957 Genovese had ordered Vincent Gigante, a mobster who would go on to run the family in later years, to take out Costello.

Costello was in the lobby of his apartment building and Gigante was waiting to step out his vehicle, upon doing so he shouted towards Frank “This is for you Frank”. Costello turned his head and the bullet grazed around the side and back of his head. Costello dropped to the floor and Gigante made a run for it.

Lucky for Frank, the fact that Gigante shouted to him, was the event that ended up saving his life. If he hadn’t of turned he would have been killed.

This was enough to make Costello step down as acting boss and hand over the family to Genovese, who then made Anthony Strollo his underboss.

The biggest downfall for Genovese was the Apalachin Meeting, which was a meeting that would see the mob unveiled to the public, and the arrest of several high-ranking mobsters including mob bosses.

He called for the meeting in which he wanted The Commission to make him official boss of the Luciano family, as well as promoting Gambino the boss of the Anastasia Crime Family, after the Anastasia assassination.

The main issue was that the New York State Police noticed all these expensive cars travelling to a rural part of the Apalachin village, which sounded alarm bells. The police raided the venue and made several arrests, Genovese managed to escape the scene, but only just.

Luciano, even though in prison, and watching his crime family taken over by Genovese still had a lot of power and a few tricks up his sleeves. On 1958 he would plan Genovese’s demise by getting his convicted of narcotic charges, and he did.

In 1958 Genovese was sentenced to 15 years in prison, but still held control of the family from inside his cell. He would then go onto order two murders. The first being Anthony Carfano in 1959 who was against the murder attempt of Costello and decided to give the Apalachin meeting a miss, Genovese decided to have him killed (I told you he was an outright murderer!).

The other guy was Strollo in 1962, who Genovese thought had been part of the Luciano plot to put him in prison.

By now Genovese was getting out of control, and it was a third alleged murder threat that would lead to the public seeing more of the mob.

A threat towards mobster Joe Valachi was made for being an informer, him and Genovese were jailed in the same prison and Genovese kissed Valachi on the cheek (the kiss of death). At this time Valachi’s nerves were shot and he ended up killing another inmate who he thought was hit man hired by Genovese.

Due to the murder of this inmate, Valachi was facing a life sentence, and it was because if this sentencing he decided to become a government witness, exposing the mob for the first time on national TV.

Tommy Lucchese: Born On This Day in 1899