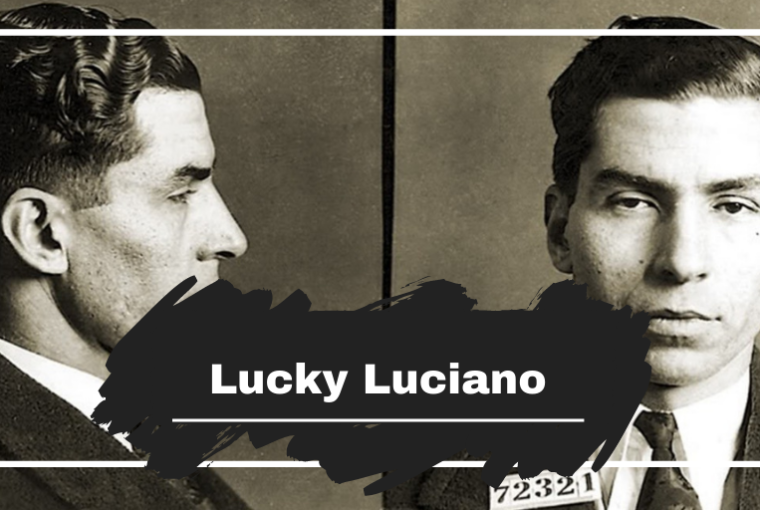 On this day in 1897 the Chairman of the Mob, Charles Luciano was born in Lercara Friddi in Sicily to his parents Antonio and Rosalia. Charles also had 4 other siblings, Bartolomeo, Filippa, Concetta and Giuseppe. By the age of 9 Charles and his family moved to the United States and settled in Manhattan.

During his teenage years he joined the Five Points Gang, and during this era he met with Meyer Lansky whom he would eventually build up a successful criminal empire with.

By 1920, Luciano had met many future Mafia leaders, including Vito Genovese and Frank Costello, his long-time friend and future business partner through the Five Points Gang. By 1925, Luciano was grossing over $12 million a year, and he would eventually go on to become one of the most powerful bosses of all time, but not before he earned his nickname, Lucky.

Charles was born with the name Salvatore Lucania but changed his surname to Luciano after he decided to separate himself from his family name, as his criminal operations brought shame to them. He also adopted the nickname Lucky when he survived an ambush by Salvatore Maranzano’s men that nearly killed him off back in 1929.

Lucky Luciano is considered the father of modern organized crime in the United States for the establishment of the first Commission and the development of the National Crime Syndicate.