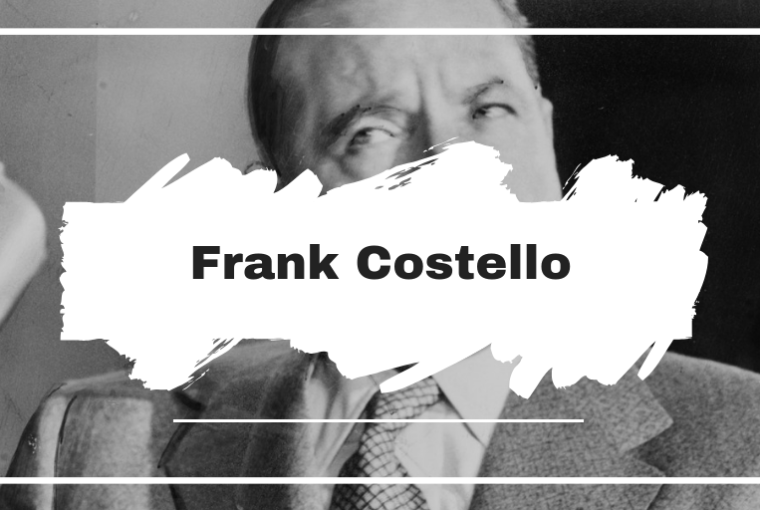 Francesco Castiglia, better known to many of us as Frank Costello was born in 1891 and would go on to become “The Prime Minister of the Underworld” and one of the most powerful and influential mob bosses of all time with key political influences and control of a large network of gambling operations.

He escaped an assassination attempt in 1957, and led the Luciano Crime Family as an acting boss whilst Luciano was behind bars.

Our friends over at Uncle Frank’s Place have managed to uncover and translate the Birth Certificate of Frank Costello, and identified that whilst many publications claim he was born on January 26th, his birth certificate states 18th February. However, in those times in Lauropoli, it was common for a child to be born at home, and then a few weeks later the family would register the birth.


Like many mobsters of his time, he and his family moved to the US to join up with his Father who had been in New York for a few years previous, to seek opportunity for work.

During the very early parts of the 20th century, he began using the name Frankie and joined up with a local gang committing small crimes, only to be arrested and sent to jail in three separate occasions through 1908, 1912 and 1917.

Due to constant arrests for crimes he decided that they way to make big money was to use his mind rather than violence. This was to be a period of his life that separated him from other mobsters of his time, as Costello claimed to never carry a gun on him. It was this decision that would help him avoid continual prison sentences.

The Friendship and Business Relationship Between Frank and Lucky Luciano

Lucky Luciano and Frank had a great partnership, and they both hit it off as friends as well as partners in business. They first met when Costello was in the Morello gang and Lucky was leading a lower east side Manhattan gang. They soon met with Vito Genovese and Tommy “Three-Finger Brown” Lucchese, Meyer Lansky and Benjamin “Bugsy” Siegel to begin controlling gambling, extortion and narcotic rackets amongst other criminal activities. 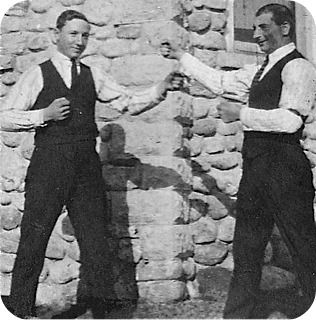 Becoming The Prime Minister of the Underworld

The Prime Minister of the Underworld was Costello’s new nickname as he had an eye for mixing crime with politics in a way no other mob figure could or would. This would eventually help his influence grow in strength along the years to come.

Other mobsters could see that having Costello on their side was important as he could build relationships between the mob and Tammany Hall (Democratic Party Organization). By having this power it helped the mob buy and have influence over judges, DA’s, the police and politicians, meaning that they didn’t need to worry about pressure from the law as it was most likely that someone from each department was on their pay roll anyway.

For fans of the popular TV show this next section will most likely ring some bells for you. In the latter part of the 1920’s Lucky, Frank and Chicago’s Johnny Torrio joined together to organize a large bootlegging operation which was called the “Big Seven Group”. The operation was basically to combine liquor sources to help maximize profits but cut down the costs of overheads involved.

This would help them have that edge over the competition, and after a few years in operation Costello, Luciano, Torrio, Lansky, and Atlantic City crime boss, Enoch “Nucky” Johnson hosted a crime convention in Atlantic City, New Jersey. This was the first meeting of its kind and was an early form of the National Crime Syndicate, which would see bosses from all over the country come together to discuss operations, rules and to control the underworld in a more organized fashion.

The likes of Joe The Boss and Salvatore Maranzano were purposely left out of the meeting due to their “old-worldly ways”. Besides, at the time of this meeting the Castellammarese War was just starting out which eventually saw Costello join forces with Lucky and other crime figures to overturn the reign of, first, Joe The Boss and then finally Maranzano not long after.

After the end of the Castellammarese War, in 1931, the Luciano Crime Family was born which has Lucky as the boss, Genovese as underboss, and Costello as consigliere.

During the mid-1930’s Lucky was sentenced to 30 – 50 years in jail after special prosecutor Thomas Dewey managed to stick some convictions his way. This meant that Genovese would become acting boss, however a year later he was too indicted, this time for murder so he fled back to Italy to avoid being pinned down.

Costello was a successful boss to say the least, and he was well liked by the family as he shared profits and didn’t demand big cuts on his criminal earnings. Due to his political influence and the money that was being made at that time from the slot machine operation, Costello pulled in a lot of money for the family and was a boss that was really underrated when you see how he performed at the helm. 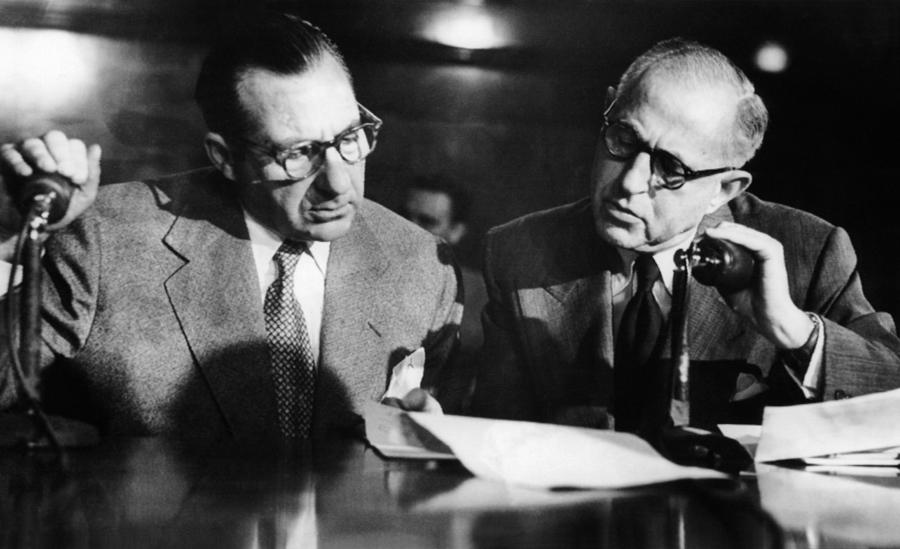 Conflict with Genovese and Escaping Death 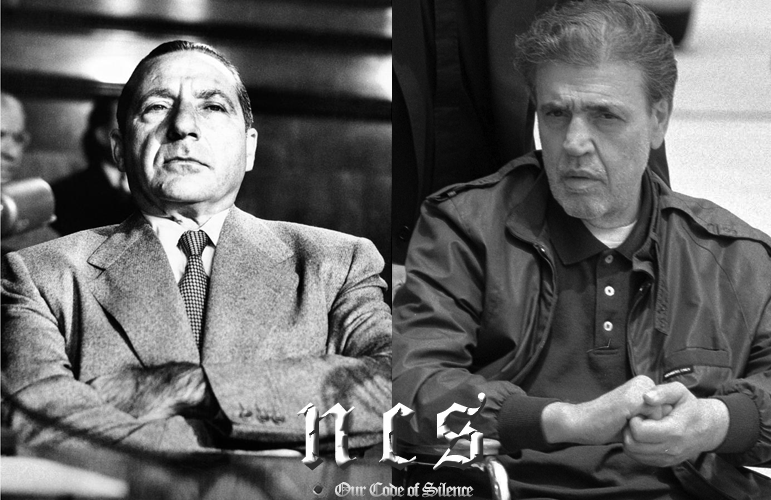 So now you had Genovese who was a ruthless murderer, in charge of murderers, and on the other hand Costello who was more of a business man, in charge of the white collar crime rackets. Luckily for Costello he was a Commission member which meant that Genovese couldn’t call a hit on Frank, or unseat him as family leader.

During the mid-50’s one of Costello’s main men chose to leave the US to take refuge in Italy after a prison sentence was hanging over his head if he stayed in the US. The man was Joe Adonis and without him, Costello was open to attack. He only had the powerful Albert Anastasia by his side, someone who Genovese knew he would have to remove in order to get at Costello and reclaim the hot seat.

For someone so violent, Genovese had patiently waited 10 years to attempt a hit on Costello, and that time came in 1957 when Costello has just left prison.

Genovese had ordered Vincent “Chin” Gigante to assassinate Costello as he was walking to the elevator in the lobby of his Manhattan apartment. As Costello got closer to the elevator Gigante who was behind him shouted out

“This is for you Frank!” 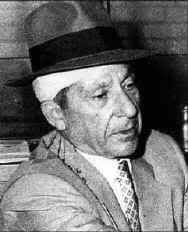 Some of his old friends such as Carlo Gambino, Meyer Lansky and Tommy Lucchese still paid to his penthouse, seeking advice on important Mafia affairs.

Carmine Galante: Born On This Day in 1910