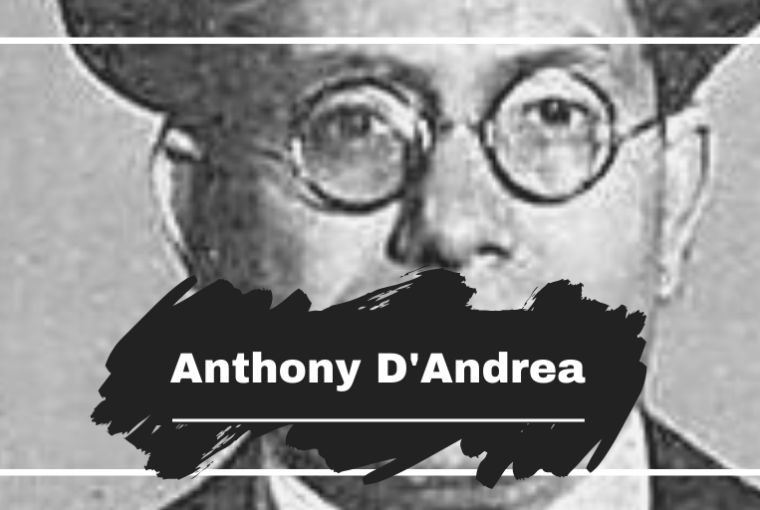 On this day in 1872 Anthony D’Andrea was born in Valledolmo, Sicily. D’Andrea was one of the first mob bosses in the Chicago area during the 1910’s, as well as being a political leader. During his career he co-owned a company with Martin Merlo who was the brother of Mike Merlo.In 1921 D’Andrea, at the age of 48 was shot while entering his apartment (exactly a year on from the date that Jim Colosimo was shot and killed).

David Hennessy Sr. was Killed On This Day in 1869