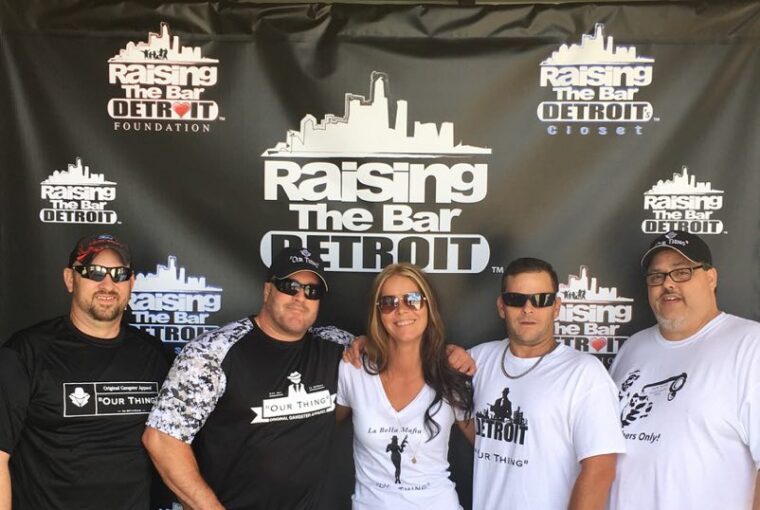 Alan Lindbloom’s ‘Our Thing’ clothing line touched down in Detroit this weekend, as plans roll-out for the label to take on nationwide coverage.

This weekend the former Detroit Partnership enforcer saw his clothing line appear at a grand opening in Detroit, at the Raising The Bar clothes store, in what can only be said as an incredible achievement since he came out of a 13-year prison sentence, one year ago.

Backed with strong encouragement from his beautiful Wife Maria, a close group of supportive family and friends, and a loyal fan-base that stretches across the globe, Alan has already achieved great success from his novel, To Be a King.

But determination and hard work has now seen his passion shine through into the fashion industry… is there nothing this guy can turn his hand to?!

As well as attending the grand opening of the Raising The Bar store this weekend, Alan was also busy talking about his life, books, and of course his new clothing line at the 910am Superstation show hosted by Chuck Bennett.

Also in attendance were Robert A Nahra and crime writer Scott Burnstein who was born and raised in Detroit and is your go-to guy for anything to do with organized crime in America.