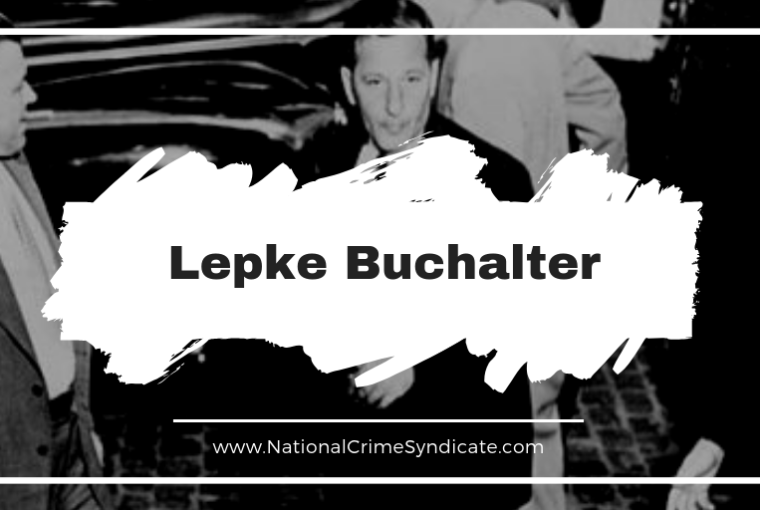 Louis “Lepke” Buchalter was one of the great Jewish gangsters of the 20th century, he was known for his violent personality, and led his very own Mafia private hit squad.

Born February 6th 1897, on the Lower east side of Manhattan, populated largely with Jewish and Italian- American individuals, he got his nickname, Lepke, because his mother called him “Lepkeleh,” which means “Little Louis” in Yiddish.

Out of all his family members, he was the only one to go on to a life of crime. After the death of his father, his mother relocated to Arizona, Louis remained in New York with his sister and frequently broke the law.

In 1915, Lepke was first arrested due to burglary charges, however the case was dismissed, he relocated to Connecticut and lived with his uncle, whilst there he was arrested and sent to a boy’s reformatory.

His first prison sentence occurred within 1917 when he was 20 years old, he was sent to Sing-Sing state Penitentiary in New York for 18 months, for theft, he finished the 18 months but then returned for another stint 2 years later, on a 2 and a half year sentence for Burglary.

His criminal jobs and his trips in and out of the Castle paired him up with the mobsters who would make his career. Among them were Jacob “Gurrah” Shapiro, a friend from childhood.

Together these two infiltrated the unions that represented New York’s garment-industry workers. It was the start of a labour racketeering scheme that would last Buchalter’s entire career: The mob-run unions would threaten strikes unless management paid the union bosses, and the bosses would rob the union’s blind. He eventually built his labour scam into a small empire, partnering up with the likes of Tommy Lucchese to run the garment district. It made him wealthy enough that he was able to set his family up in a luxurious penthouse on Central Park West.

In 1927, Lepke along with Shapiro were charged with the attempted murder of a bootlegger, however the police lacked evidence and the charges were dropped.

In the next decade, Lepke was associating himself with the likes of Charles ‘Lucky’ Luciano, Benjamin ‘Bugsy’ Siegel and Meyer Lanksy, soon enough in 1929 he found himself joining them within the National Crime Syndicate, playing a key role within the Syndicate, carrying out its most gruesome duties, all assassins answered to Lepke Buchalter. 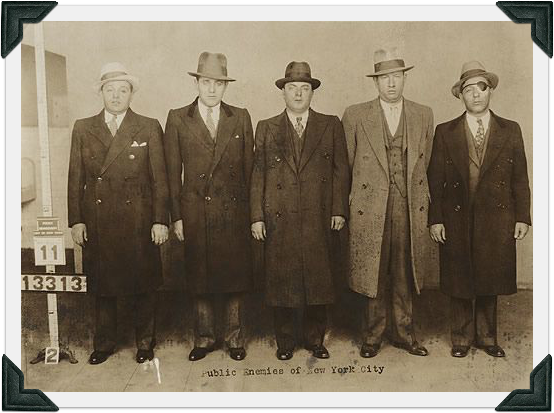 The hit squad known as ‘The Combination’ was formed by Lanksy and Siegel and normally they would be in charge, however as the rackets grew, Lepke found himself as the operational chief of Murder Inc. The corporation were responsible for as many as 1,000 murders, including hundreds during Lepke’s time at the helm. They used guns, knives, ice picks and countless other weapons to kill Mafia enemies, witnesses, informants and others who displeased Buchalter or the bosses.

His most famous hit came in 1935, when Jewish gangster Dutch Schultz plotted to kill New York Special Prosecutor Thomas Dewey. Dewey had been called in by a grand jury due to the fact that the district attorney wasn’t doing enough to fight the mob. Emanuel “Mendy” Weiss and Charles Workman, both of Murder Inc were called in to assassinate.

In 1941, Lepke was charged with a series of murders in New York, including the Rosen hit. Witnesses included two of his hit men, Albert Tannenbaum and Abe Reles. He was convicted at 2 a.m., after just four hours of deliberation.

December 1941, Lepke, along with Weiss and fellow Murder Inc. members were sentenced to death in the electric chair.

His appeals reached the U.S. Supreme Court, which heard his case and voted unanimously to uphold his conviction. On March 4, 1944, Lepke Buchalter became the only major Mafia figure to die by execution.

He was buried at Mount Hebron Cemetery in Queens.

Carlos Marcello Makes a Name for Himself as Fagin