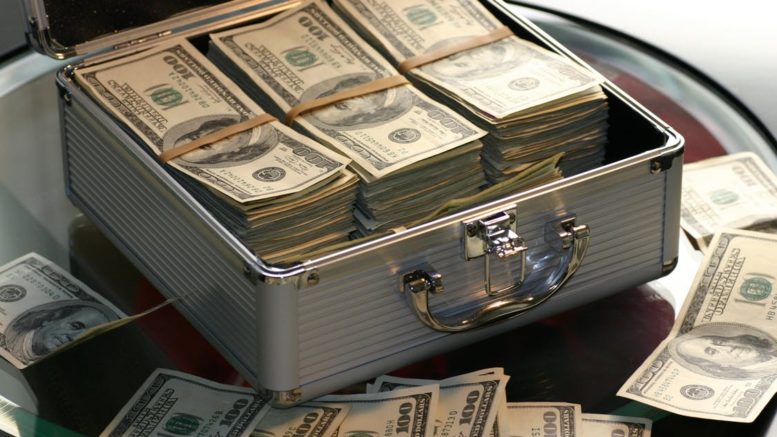 If you have ever watched the critically acclaimed Breaking Bad you will be aware of the importance of money laundering to criminals. In the TV show, Walter White is the chemistry teacher turned ‘Meth Cook’.

Putting aside the moral questions surrounding White’s new career, he is confronted with the problem of not raising suspicion through his newfound wealth. In order to legitimise his criminal profits, White enlists the help of his wife to help him launder his money.

This is done in the show by White purchasing a car wash and putting through a huge number of false transactions. With each false transaction he adds money from his meth producing business, thus making it appear clean and legitimate to any authorities taking an interest in him.

In real life this method is used by a host of criminal enterprises. As mentioned earlier in the 1950s organized crime gangs in America would purchase casinos in Las Vegas to do just this.

However, criminals have now moved onto online casinos and gambling sites to launder money. Illegally earned cash will be used to place sure-fire bets on gambling sites, enabling future illegal income to be disguised as gambling winnings.

Is This Really Happening In Canada?

Yes. In fact, earlier this year Canadian police arrested nine members of the Calabrian organised crime group ‘Ndrangheta. The suspects were accused of illegal gambling and money laundering in the Toronto area.

Through wiretapping, surveillance and internal leaks the Canadian authorities uncovered details of a money laundering scheme that cleaned almost $70 million of ill-gotten gains mostly through gambling – both online and offline.

Within a few days of uncovering the plot the authorities had seized $26.8 million in assets and arrested further suspects in connection with Italian police. It is believed that illegal money earned through mafia activity in Italy was even being sent to Canada to be cleaned.

How Do They Get Away With It?

On the face of it you might think that it would be relatively easy to spot money laundering activity at an online casino. If the criminal is patient and diligent though it can be very easy to fly under the radar and avoid suspicion.

For example, a sum of $100,000 could be deposited into an online gambling account over the course of 12 months. On an almost daily basis the account holder would deposit small amounts and wager even smaller amounts on a host of games.

To the security personnel at an online casino this activity could be viewed as normal, without arousing too much suspicion. The money laundering only becomes apparent when the deposits reach a certain amount and the customer withdraws everything at once before shutting down their account.

Aliases and fake details will most likely have been used in setting up the account, making it nigh on impossible for the authorities to trace the money or the culprit once the account has been shut down.

How Is The Industry Combatting This?

Strict laws have been imposed and operators of a Canadian online casino must comply to standards which are akin to the laws used in Great Britain. The country’s gambling authority has produced guidelines for companies to ensure that they are doing everything possible to identify and report suspected money laundering.

This means offering the highest levels of training to staff to ensure that they are familiar with the techniques used by criminals. Money has also been invested into software that is specifically designed to spot the signs of money laundering.

Online casinos have obviously taken these steps to protect the integrity of their businesses, but they have also done so to avoid fines. The Canadian gambling authority has promised massive fines to any company found guilty of neglecting their obligation to stop money laundering.